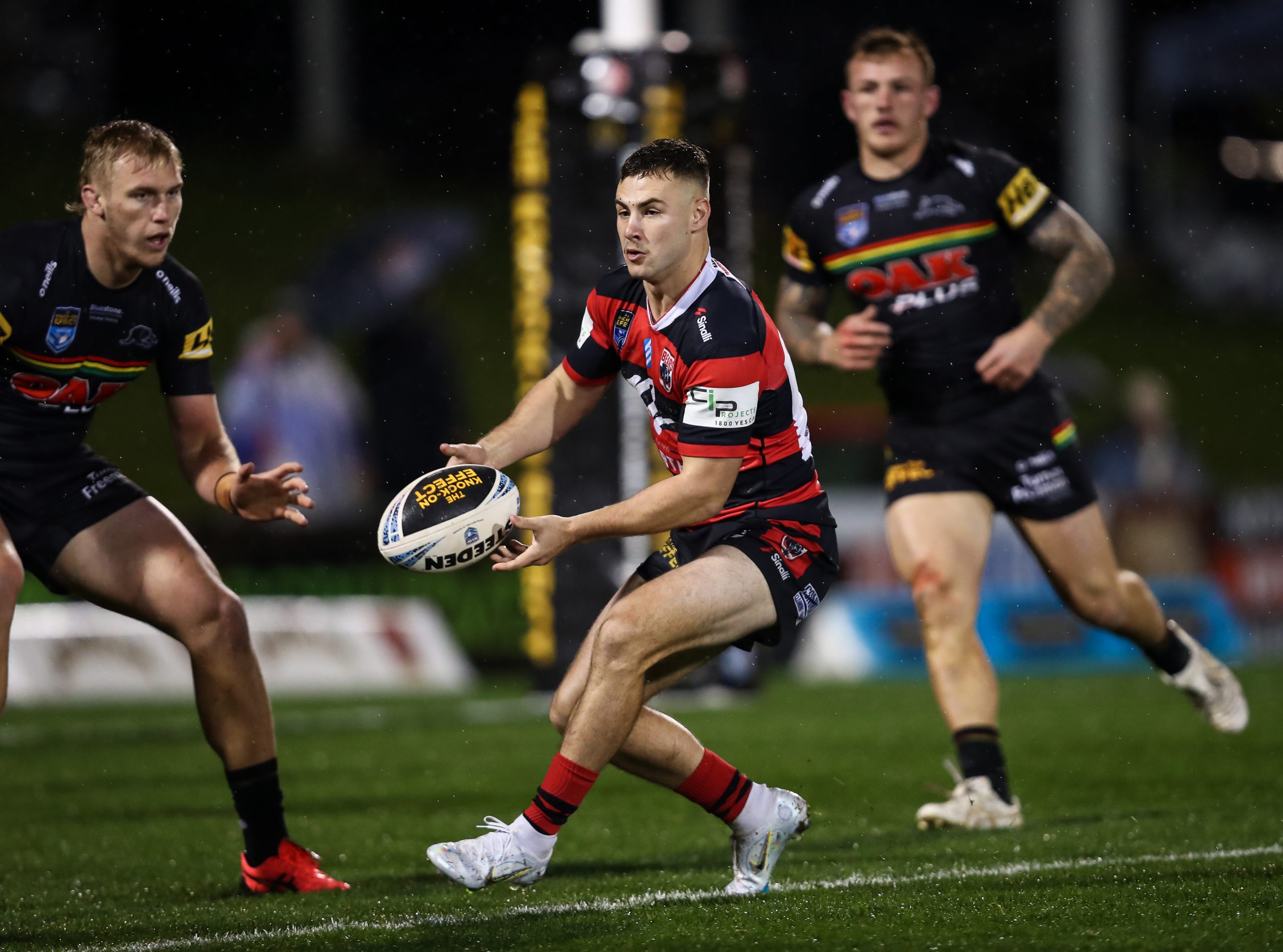 Despite missing a host of Knock-On Effect NSW Cup players to NRL duties this week, a young Penrith Panthers line-up found a way to defeat the experienced North Sydney Bears 22-14 in the Qualifying Final at St Marys Stadium.

Going into the contest the undermanned Panthers faced a tough task against Jason Taylor’s side.

After trailing by a converted try early on, the Panthers went into to halftime with a 16-6 lead before holding on for the win. The victory sets up a one-versus-two clash next weekend, when they take on Minor Premiers the Newtown Jets for a spot in the Grand Final.

The Bears started the contest full of running which led to a converted try in the fifth minute to back-rower Joshua Wong, who ran a lovely line to score from 20 metres out.

But a jinking 12th-minute try close to the line by NSW Cup debutant and halfback Isaiya Katoa sparked the Panthers into life. Five-eighth Niwhai Peru successfully converted to level the scores.

Penrith then starved North Sydney of possession for the best part of 10 minutes, before some slick hands from Katoa, Peru, Isaiah Iongi and Samuel Lane put winger Logan Cohen over in the southwest corner. Peru’s conversion gave the Panthers a 10-6 lead.

Katoa was instrumental in the Panthers’ third try in the 32nd minute when Lane caught a spiralling bomb and found Cohen in support for his second try, extending the lead to 16-6 at the main break.

The Bears would be first to score in the second half when an error from winger Daeon Amituanai allowed five-eighth Kieran Hayman to find the try-line from the ensuing set, stepping inside Katoa and reaching out to narrow the gap to six after 47 minutes.

Penrith produced the biggest lead of the match 22-10 when Lane evaded two defenders from close range to crash over out wide in the 56th minute.

The Bears responded in the 63rd minute when centre Adam Keighran finished off a sweeping backline movement, but was unable to convert his own try from the eastern touchline. The eight-point difference made for an enthralling finish, yet the Panthers defended strongly to secure the win.