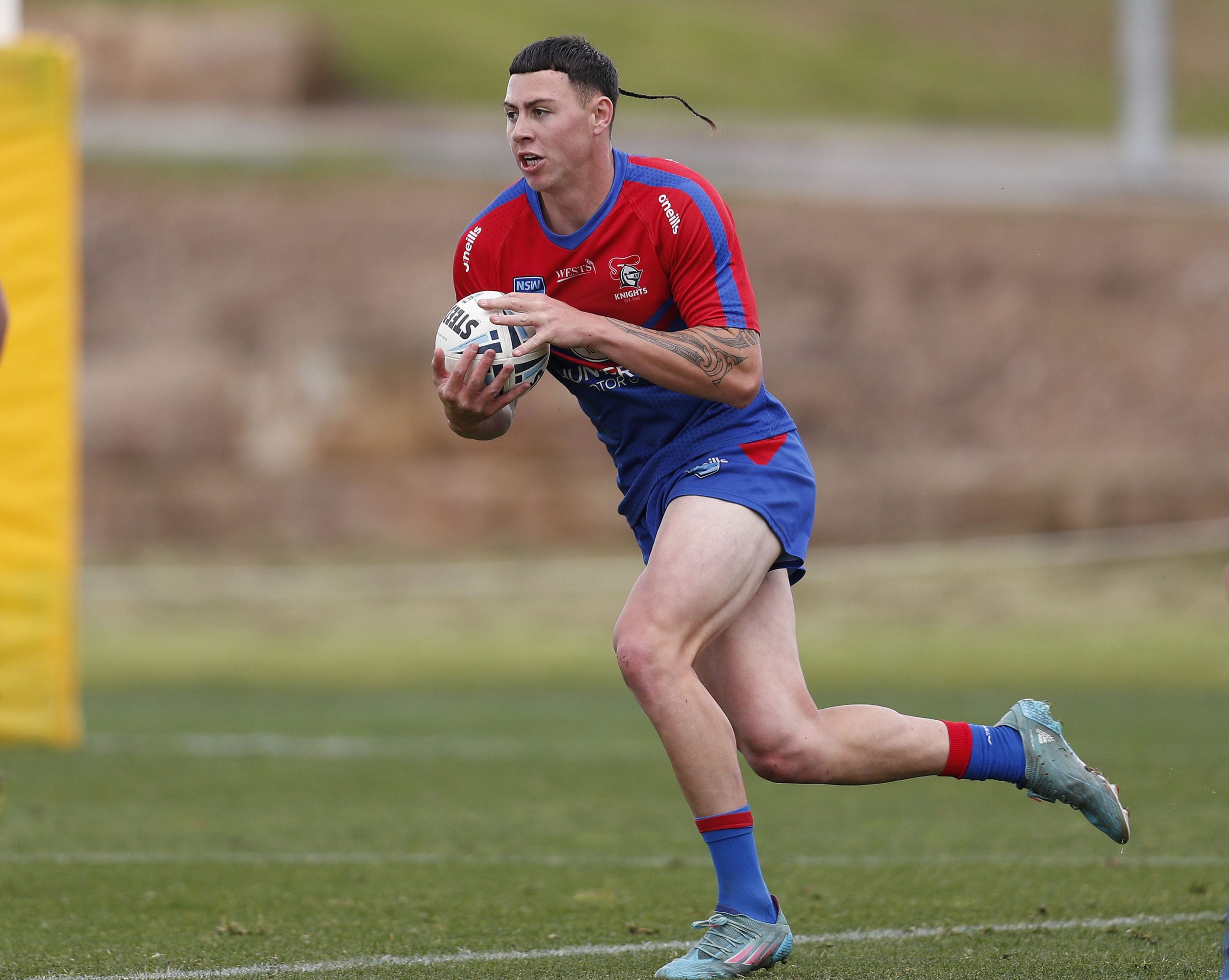 The Newcastle Knights have defeated the Penrith Panthers 22-16 in a fiery Jersey Flegg Cup encounter to progress to next weekend’s Major Semi-final.

The match was a cagey affair early on before the Panthers took the lead through Zac Lipowicz, who carried defenders to the line with ease to score.

Recent NRL debutant Oryn Keeley soon hit back for the Knights after he retrieved the ball from a kick that was batted down, then dummied on his way to scoring.

Newcastle produced a flurry of points thereafter when a left side raid sent Ethan Ferguson on a run, whose infield chip landed in the lap of fullback Fletcher Sharpe to cross.

Their lead was extended five minutes later when James Johnson shook off some flimsy defence to set up a 16-4 lead for Newcastle at halftime.

The Panthers were first to score in the second half through centre Elone Taufa when he put on a fend to beat his opposite man and planted the ball down.

The comeback became slightly more difficult for Penrith when winger Cody Lawson dropped a bomb which landed in the path of Newcastle No.15 Paul Bryan to score, with captain Thomas Cant converting for a 22-8 lead.

Refusing to lie down, the Panthers kept coming back and Lawson redeemed himself with a spectacular put-down in the corner. He then posted his second try 10 minutes later to reduce the margin to 22-16, but it ultimately wasn’t to be Penrith’s day against a strong Newcastle outfit.