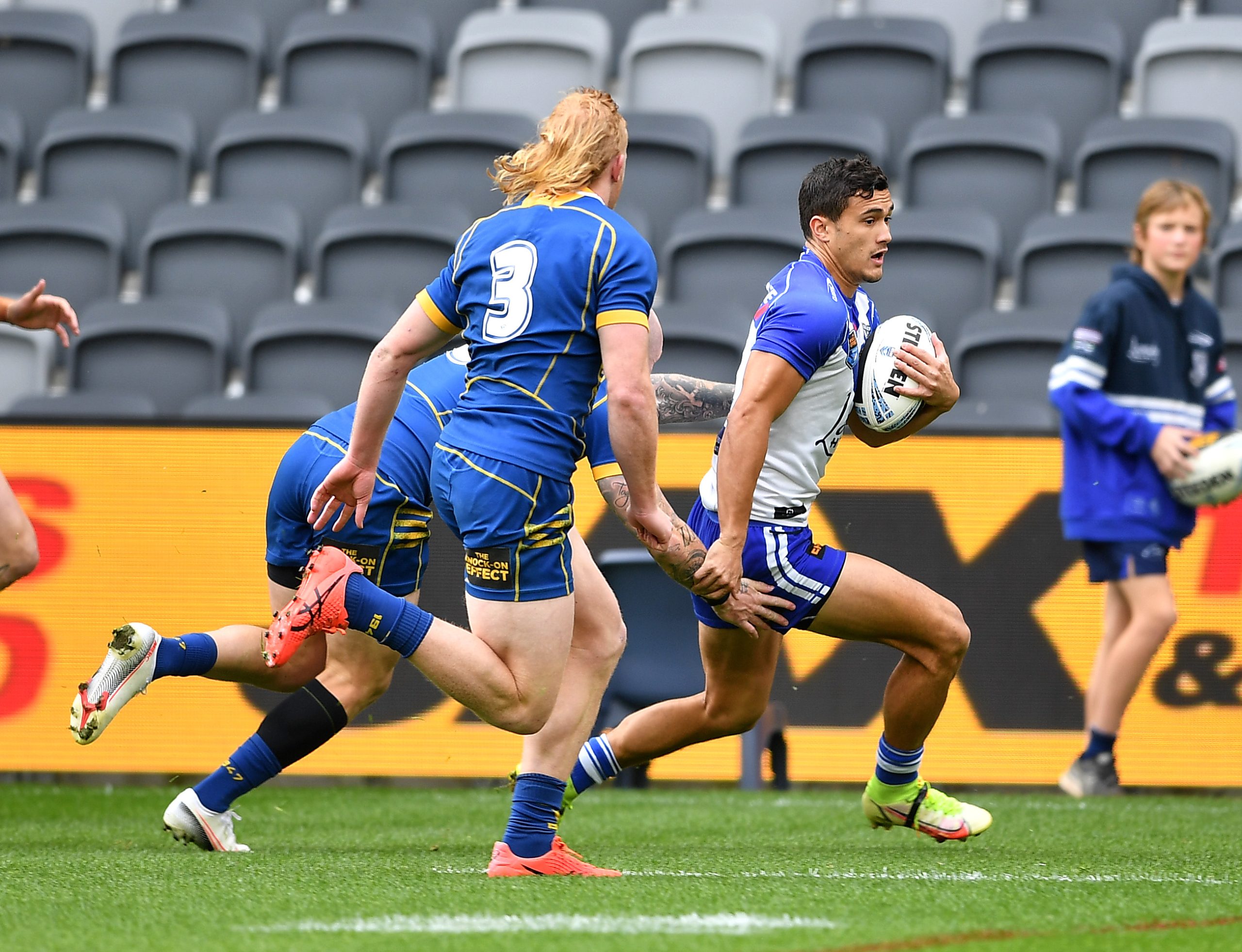 Despite the early loss of captain and five-eighth Bailey Biondi-Odo to a leg injury, a new-look Bulldogs halves pairing of Zach Dockar-Clay and Brandon Wakeham helped their side to an 18-6 win over the Eels in The Knock-On Effect NSW Cup Elimination Final.

While there were plenty of nerves on display in the first 20 minutes, the longer the first half went, the more potent the Bulldogs looked in attack.

They eventually opened the scoring when Dockar-Clay exploded into a gap from halfway, before drawing in the last defender to give fullback Creedence Toia a saloon passage to score next to the posts. Wakeham converted to give the Bulldogs a six-point advantage.

The Bulldogs added a another two points two minutes later after a short goal-line drop-out attempt from the Eels failed to travel 10 metres.

The Bulldogs produced two more line-breaks in the first half through Isaac Lumelume and Toia but couldn’t turn them into points, as the hosts remained eight points ahead at the break.

Canterbury-Bankstown extended their lead beyond two converted tries early in the second half, capitalising on a repeat set of six when Wakeham’s grubber at the line rebounded past a hapless Jordan Rankin. The halfback was Johnny-on-the-spot to ground his own kick and score beside to the post in the 47th minute.

Zac Cini would finally open the Eels’ account in the 70th minute with a try on the last tackle when Parramatta opted to run, shifting the play from one side of the field to other. Cini was able to step inside two would-be defenders to dive over out wide and with the successful Rankin conversion, it was game on at 14-6.

But a mistake from the ensuing kick-off turned the game on its head once again, before the Bulldogs put the result beyond doubt with a try to Lumelume in the southeast corner.