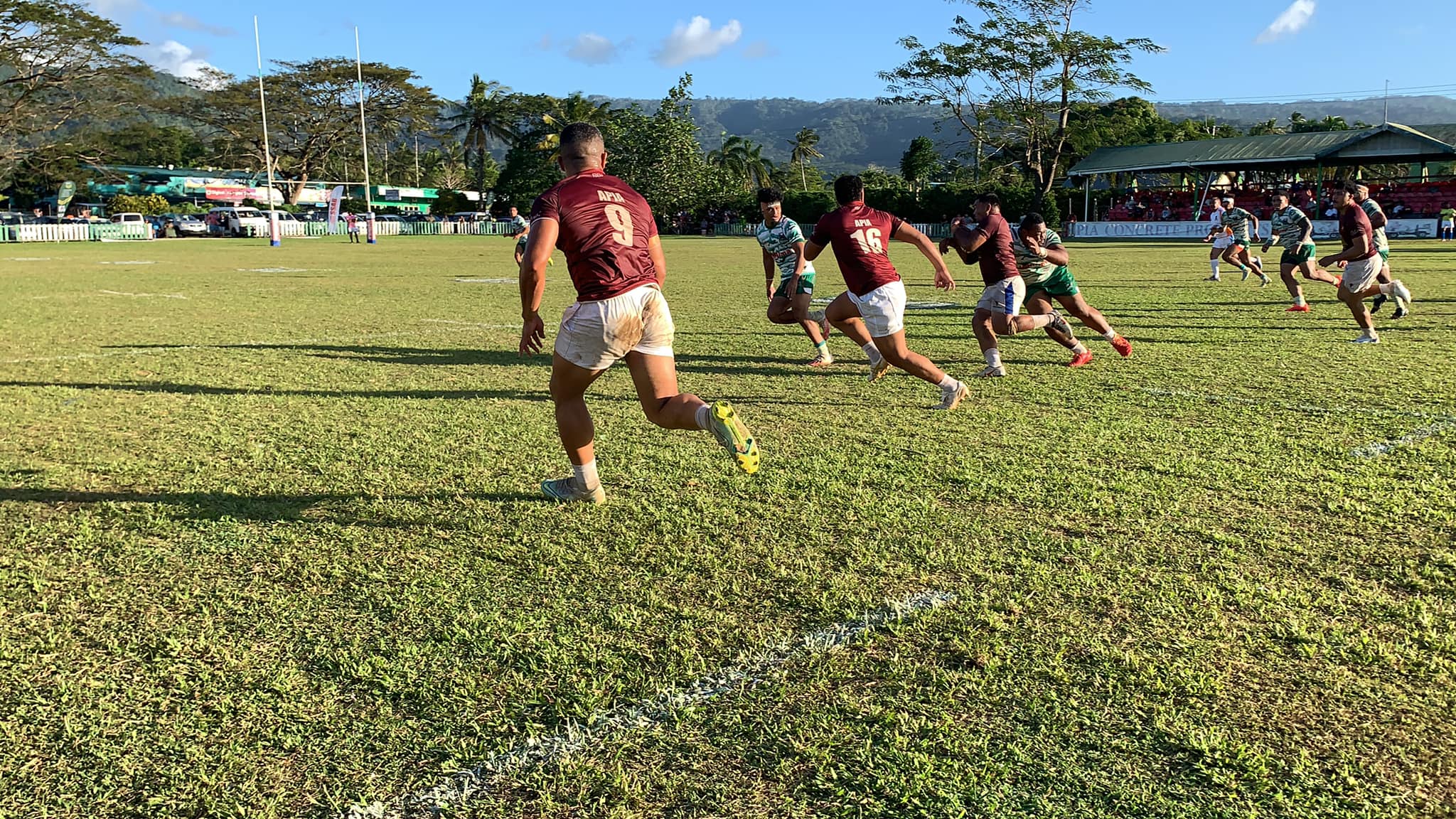 In the Men’s Final. the Apia Barracudas reversed 2021’s Grand Final result, edging the St Joseph’s based club to run out 16 – 14 victors and claim their second premiership in three years, whilst in the Women’s Final, the Apia Maroons ran out 8 – 0 winners.

In the other finals played on the Saturday, the Vaitele West Tigers claimed third spot with a 32 – 26 win over the Letava Bulldogs, whilst the Faleasiu Cowboys claimed fifth with their 38 – 8 win over the Malie Sharks.