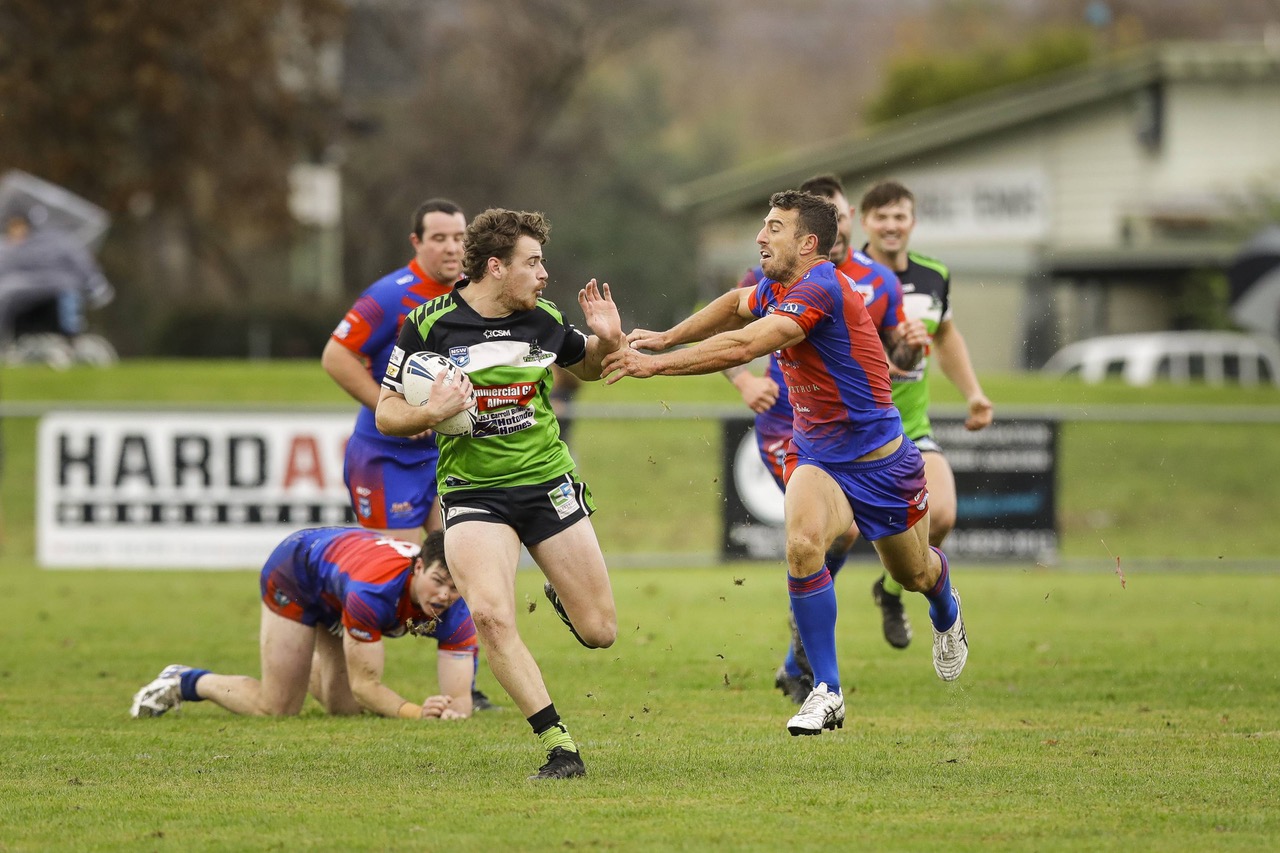 Finals footy arrives early for the Group 9 competition with the Wagga Kangaroos and Albury Thunder fighting for their survival when they battle at McDonalds Park on Saturday.

The fifth-placed Albury visit the sixth-placed Wagga (main photo courtesy of Paul W. Kerr Photography) in their highly anticipated Round 16 match-up, with only one competition point separating the two sides. The winning team will earn the right to participate in the Group 9 finals, while the loser’s season is over.

“It is do or die,” Thunder captain/coach Robbie Byatt said.

“All the fellas will be up for it, and we know it is a big game for us. We know we have one chance to have a go and play finals; otherwise we need to pack our bags.”

Both the Thunder and Kangaroos actively recruited ahead of the 2022 season, but the stop-start nature of the competition, owing to Junee’s departure from first grade after just one round, has made it difficult at times for all teams to find some consistency and fluency.

Byatt’s Thunder have played once in the past month and enter Saturday’s game in Wagga fresh off back-to-back byes. The Kangaroos played their first game in four weeks on Saturday when beaten 28-12 by the top-of-the-table Gundagai Tigers.

Byatt admitted it would be difficult for both teams when they took the field in Round 16.

“Both teams are fairly new, and with the way the draw is this year, trying to get consistency has been hard and that’s what it has come down to at times,” Byatt said.

“We had a bye, then played Temora, then had two byes coming into this game, and it has been pretty much the same for the Roos.”

When asked how Albury would account for the Kangaroos on their home deck, he believes it will come down to nullifying the impact of two players in particular.

“You have to be on to (Daniel) Foley; he is their danger man, and if we shut him down, and stop ‘Smarty’ (James Smart) as well, and put pressure on his kicking game, that will go a long way to us winning the game,” Byatt said.

The winner of Saturday’s Round 16 match will finish in fifth position, meaning they will back up and play in a Group 9 elimination Semi-final against Tumut a week later.

Byatt agreed Tumut would be a tough task, but he stressed that his side’s attention needed to be on their upcoming game in Wagga before considering what finals might look like.

“We are going to take it one game at a time, and if we get through this weekend, we will look to Tumut the next weekend,” Byatt said.

“They are hitting their straps and they have a handy side. We will face that when we get to it, but we need to get to it first and that starts this weekend.”

Round 16 of the Group 9 competition will see some important matches played, with Gundagai looking to lock down the Minor Premiership when hosting Southcity at McDonalds Park on Sunday.

In the only other game, Temora and Young play for the Group 9 Challenge Cup at Nixon Park, with the winner also looking to lock down second place on the ladder and a home qualifying final a week later.