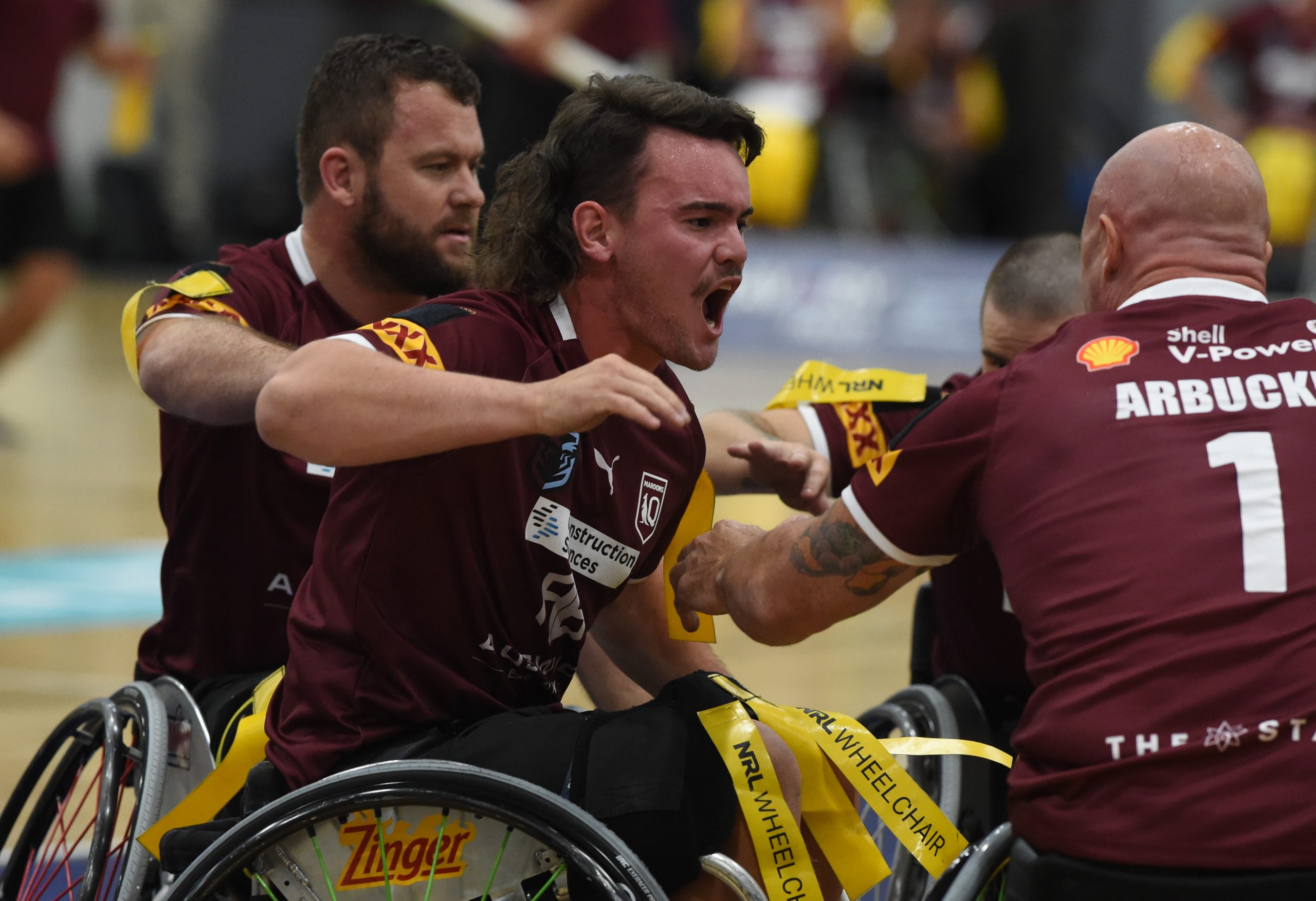 Queensland claimed back-to-back State of Origin shields for the first time in their history with a dominant 49-24 win over New South Wales in Townsville on Saturday.

The Construction Sciences Maroons scored eight tries to four to defy an 11-7 penalty count against them and claim the 2022 Bravery Trust title.

Their superior ball-handling skills and strength close to the line proved too big a handful for the Blues.

Combined with the 50-30 win over NSW in the postponed 2021 Origin game in Sydney in January, Queensland has now set the benchmark with their 2022 victory six months later.

“Considering all that, they (Qld) could have put a lot more points on us but we held them out quite a few times with some good defence,” said Blues coach Edie George.

“But in attack we just didn’t execute our game plan. There was effort there because defensively we weren’t bad.

“We went out hard and I couldn’t fault the way they tried to fight back. Some 50-50 calls went against us and we just couldn’t maintain possession.”

Karim kicked a penalty in the second minute of play but the 2-0 lead was overtaken six minutes later by the first of the Maroons’ four-pointers and the home side was never headed.

The Queenslanders took a commanding 30-6 lead into halftime off the back of five tries to one in the opening 40 minutes.

A hat-trick to Zac Schumacher – his third just seconds before the halftime hooter – set the tone for the Maroons domination.

Popple did score NSW’s first try in his maiden game for the Blues, while Raiders teammate Chris O’Brien made two try-saving tackles as NSW tried to stem the Queensland tide.

But mistakes kept creeping into the Blues game – a few missed kicks for touch, some dropped balls and wayward passes stopped the flow in their attack.

They lost Grove towards the end of the first half when he cut his head trying to stop Queensland’s Peter Arbuckle from scoring.

North Queensland product Arbuckle was later named Man of the Match as he seemed to be everywhere when the Maroons were hounding the NSW line. He also scored his side’s fourth try.

Grove had to be taken from the court for the wound to be treated and to have a head assessment injury. He passed but did return until midway through the second half.

Under pressure at the start of the second half, NSW struck first through Cory Cannane right beside the uprights.

But then Queensland tries to Shaun Harre, Schumacher’s fourth, and James Hill put the result beyond doubt.

Grove managed to score NSW’s third try and the Blues posted the last points with Liam Luff scoring 12 minutes from fulltime, but the damage had been done.