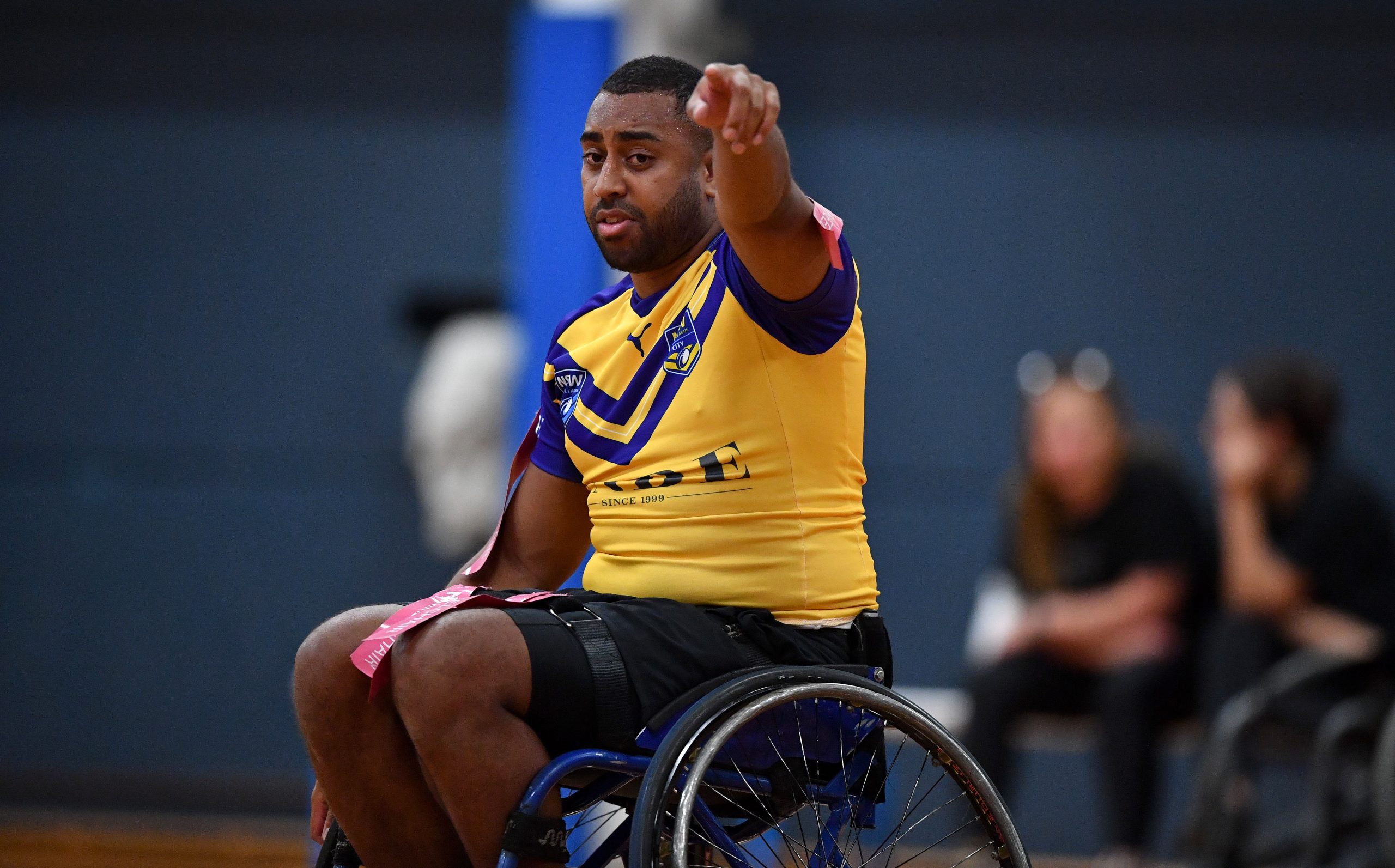 Will Derederenalagi has made a fairly spectacular return to the game he loves – Wheelchair Rugby League.

After winning a premiership with the Penrith Panthers in in 2016, he made his debut with the NSW Blues in 2017 against Queensland, scoring two tries that year.

He then toured with the Wheelaroos for the 2017 World Cup – winning a bronze medal by defeating Italy – before Derederenalagi took a break from the sport for a couple of years.

“Things just got a bit crazy with work…. I got really busy and just couldn’t commit to the game and training,” he said.

“I am a singer and did a lot of events and stuff so from 2019 until the start of this year when I signed back up to play, I’d been out of action.”

But something was lit inside of him once again after he watched the NSW Wheelchair Origin team go down 50-30 to Queensland in last January’s postponed 2021 match.

“I watched it from start to finish and I just felt my core burn up like tomorrow,” Derederenalagi said.

“It literally fired me up so much.”

He also played for City in their 30-26 win over Country in May and was named afterwards Player of the Match.

Now after playing his last game with the Blues in 2019, Derederenalagi is making his return after being named last month by coach Edie George in the 10-member squad for the 2022 Wheelchair State of Origin in Townsville on 23 July.

“I’ve been training hard every day as I wanted to prove to myself I was still good enough to reach this standard,” he said.

Derederenalagi is of Fijian heritage but grew up in the Bankstown area. He played the running game in his youth but he is good mates with fellow NSW Origin player Diab Karim, who invited him in 2014 to come and play the wheelchair version.

Derederenalagi is one of four able-bodied players in the NSW side having their final training session at Sydney University this weekend before heading to Townsville.

In the wheelchair game, a team of 10 is selected with four AB (able-bodied) players allowed but only five players (including two AB) are on the field at any time.

The Blues team includes Craig Cannane, who broke his back in a motorcycle accident in 1992, and his able-bodied son Cory, which reflects the inclusiveness of the sport.

“I love the inclusiveness of this sport,” Derederenalagi said.

“There is a lot of breaking down of barriers.

“There are conversations in Wheelchair Rugby League that aren’t made in many other sports.

“And I love the way a father, who’s a wheelie, can play in the same team as his son, who is able-bodied.

“This sport tests me as there is so much skill involved – chair skills, passing and tackling skills.”

Wheelchair Rugby League is played over two 40-minute halves, with the same points scoring as the running game. The ‘field of play’ is 50-metres in length and 25-metres wide, across three indoor basketball courts.

Rules are similar – players must pass backwards, possession changes after six tackles. A ‘tackle’ is made by ripping off the Velcro shoulder tag of an opposition player, similar to Monarch Blues Tag.

Kicks downfield, conversions, penalties and field goals are hand-punted. A play-the-ball is made by tapping the football on the ground before passing.