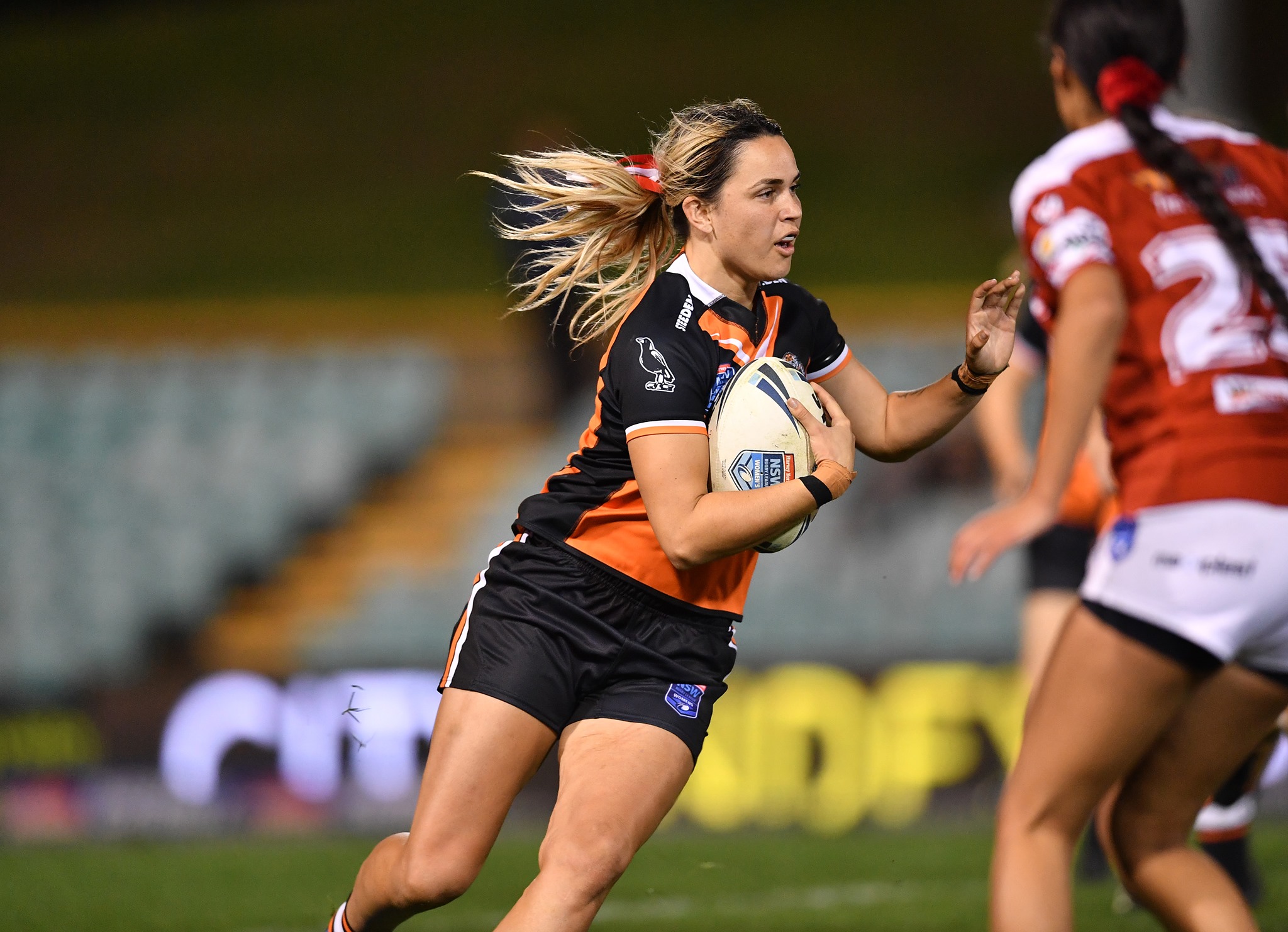 The top two teams at the end of the regular season – North Sydney Bears and Mounties – have fallen at the Semi-Final stage of the Harvey Norman NSW Women’s Premiership, as the Cronulla-Sutherland Sharks and Wests Tigers were victorious on Saturday at Netstrata Jubilee Stadium.

It was a highly-anticipated day of sudden death football at Kogarah, with Harvey Norman Sky Blues talent scattered across all four competing teams.

In the opening clash it was the Sharks who came out firing against Mounties.

After 12 minutes of play veteran fullback Sam Bremner went in for first points, and her try was converted by halfback Maddie Studdon.

The Sharks then added to their lead about 10 minutes later when speedster Zali Fay found her way to the try-line. The score remained 10-0.

Mounties needed to score next to ease the scoreboard pressure, and they did just that through the ever-reliant Simaima Taufa in the No.13 jersey. Crucially, the try came only minutes before the halftime break as Mounties trailed by six.

Tries were much harder to come by in the second half as both sides traded sets for more than 20 minutes.

At that point in the match the Sharks were defending their slender lead with plenty of steel, but they could breathe easier in the 57th minute when Studdon broke the scoring drought with four points and converted her own try. The lead became 12 points with just over 10 minutes remaining.

Cronulla then put the result well and truly beyond doubt when crafty hooker Quincy Dodd crossed for a try with a minute left in the contest, booking the Sharks a place in next week’s Grand Final.

The second match in the semi-finals double-header pitted the Bears against the Tigers, and North Sydney made the first move after nine minutes when halfback Raecene McGregor scored.

Yet the Tigers hit back in big way, beginning with Jess Sergis in the 18th minute before a quick-fire double for serial try-scorer Tess Staines – all in the space seven minutes.

Along with fullback Tayla Preston’s two conversions from three attempts, all of a sudden the Tigers were leading 16-4 at the main break.

Wests kept their momentum going to start the second half and within eight minutes scored their fourth for the afternoon, this time through NSW Under 19s star five-eighth Losana Lutu.

After 47 minutes without points, the Bears finally landed back on the scoresheet through back-rower Jamilee Bright. Lock Kirra Dibb converted to lessen the deficit to 10 points in the final stages.

Despite the Bears’ late try it was the Tigers who had the final say, and their next four-pointer was just rewards for Staines who dotted down for a hattrick in the 68th minute, rounding out the 24-10 win and a ticket to the Grand Final.