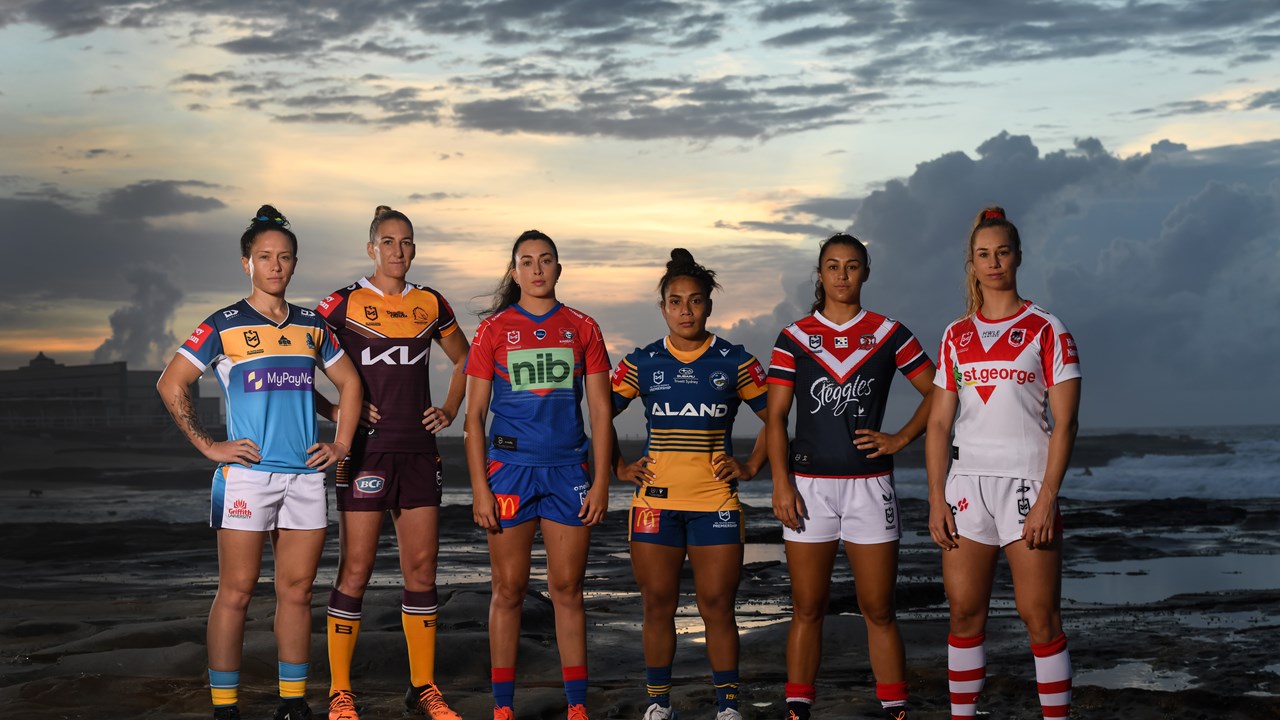 The 2022 NRLW season will kick off on Saturday, August 20 with a Sydney derby at CommBank Stadium between Parramatta Eels and Premiers Sydney Roosters.

Round One will also feature St George Illawarra Dragons playing Gold Coast Titans in both men’s and women’s at WIN Stadium on Sunday, August 21, followed by the first ever night NRLW game – Newcastle Knights against Brisbane Broncos at McDonald Jones Stadium, at 6.15pm that evening. The match will follow the NRL Telstra Premiership match between Newcastle Knights and Canberra Raiders.

The Grand Final rematch, Sydney Roosters against St George Illawarra Dragons, will be staged in Round Three at Leichhardt Oval in another night-time 6.15pm clash.

Round Four matches will be played as triple and double headers on Saturday and Sunday afternoons alongside NRL Finals matches. Round Five will complete the regular season with a Sunday triple header at Central Coast Stadium. 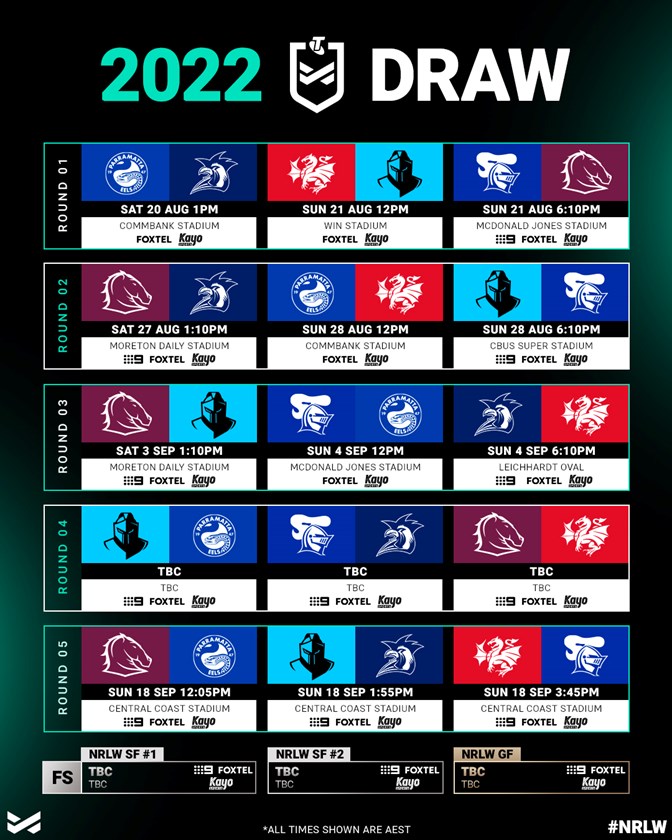 “We are thrilled to announce the 2022 Telstra Women’s Premiership schedule. Coming off the back of an enthralling 2021 Women’s Premiership, everyone is eagerly anticipating another exciting, unpredictable and entertaining competition,” NRL CEO Andrew Abdo said.

NRL Executive General Manager Performance and Pathways Tain Drinkwater said the schedule was designed to allow as many people to experience the women’s game as possible through broadcast as well as at venues.

“We have worked hard to ensure every Club has exposure to their own fans, while also giving the right mix of men’s and women’s double headers, a triple header, as well as standalone fixtures,” Drinkwater said.

“The competition has evolved consistently since 2018. Now we have a base of 30,000 registered female players which is ensuring growth at all levels of the game – and a strong foundation for the NRLW competition to continue its progression.”

Channel Nine matches will be broadcast on the main channel or GEM, while there will also be four Fox Sports-exclusive matches.