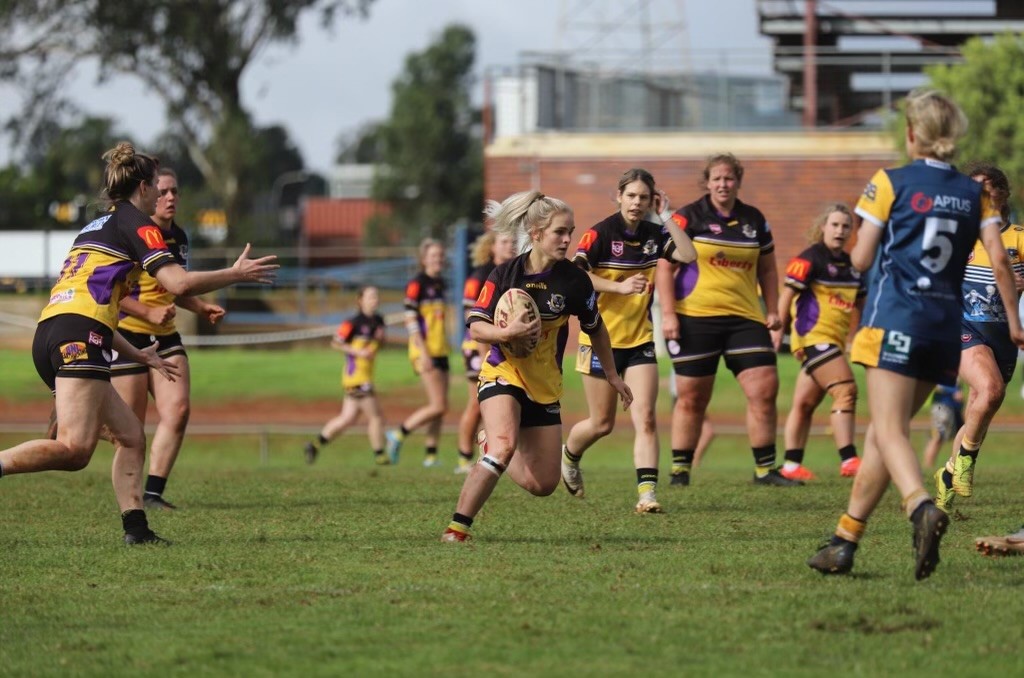 The Gatton Hawks’ women’s team will go down in the history books as the first premiers of the inaugural Toowoomba Rugby League competition in 2021.

Now this weekend they are chasing another first, with the competition leaders to play in the women’s President’s Cup against the Newtown Lions.

The mid-year finals are an annual occurrence in the TRL throughout their men’s grades, but this is a first for their female players.

Gatton skipper, Kim Dore, said the team know history is up for grabs.

“We’ve done a number of firsts with Gatton,” Dore said.

“We were the inaugural winners of the competition last season and have our eyes on that prize again this year, but to win the inaugural President’s Cup is something we can’t do again.

“It means a lot to take the women’s game to the next level. It’s been a fantastic journey to date being out in the Toowoomba competition and seeing the growth of the game.

“To be in one of the teams to highlight the quality of football out there is a big win, not just for Gatton, but the whole women’s competition.”

Gatton will be well represented in the TRL’s mid-year finals, with the Hawks playing against Highfields for the Under 19 President’s Cup, and both clubs to also face off for the A Grade Madsen Rasmussen title.

Dore said it proved how strong the culture was within the Gatton club and they will all be there to support each other on Sunday.

“You have a lot of girls that have never played before and every person is willing to teach each other and adds a different layer of insight,” she said of the strength of Gatton’s women’s team.

“It’s about how you bring all that together and really collaborate as a team. You can have a team of individuals, but if you’re not working together, there’s no point.

“We’re constantly supporting all the men’s sides and do some skills sessions with them. You can see the passion behind the people, from the volunteers up to the presidents and vice-presidents.

Dore is so taken by the club that she travels all the way from Brisbane to play with Gatton.

Gatton women’s coach Dom Haak said that are at least four players who travel long distances for training and games.

But it is this dedication that has seen the Hawks enjoy so much success over the past two seasons and got them to this point – the President’s Cup.

“We’ve put in a lot of hard work in the pre-season so a small reward in the middle of the year is definitely something we aim for,” Haak said.

“It would be nice to win this one. Our girls have really come together … we’re mainly local girls but there’s four or five who travel a large distance to come together.

“It shows the locals how much the people who come here want to achieve and help the team get to where they are.”