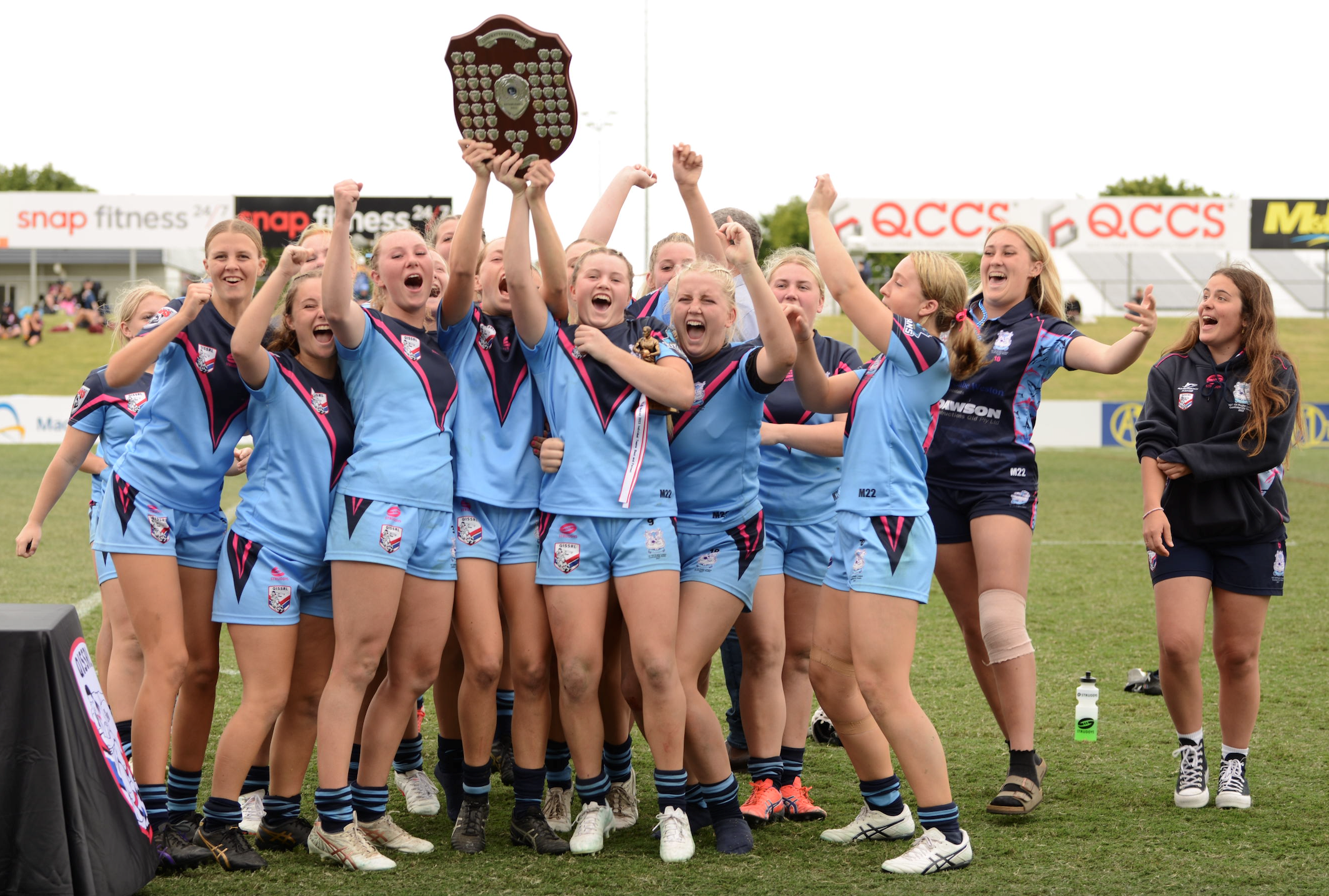 Marymount College’s long wait for a crack at the first girls’ Confraternity Carnival title ended in triumph today with victory in a stirring final in Mackay.

The inaugural girls’ competition was scheduled for 2020, but play wasn’t possible.

Last year, Marymount had won all three of its pool matches at Iona College before a snap COVID lockdown cancelled the carnival before the finals could be played.

That left Marymount primed for another tilt this year, bringing eight players back from the 2021 carnival led by captain and Queensland Under 19 representative player Lily-Rose Kolc.

The excellent backrower was named player of the final as Marymount scored two tries in each half, taking the air out of a crowd of several thousand people hoping St Patrick’s could overcome the visiting team.

Marymount delivered the highlight of the match when its forward pack peppered the St Patrick’s line before halfback Lexi Samuels delivered a pinpoint kick that fell on to the fingertips of flying winger Sienna Jones.

It was a try that summed up the skill level of a girls’ carnival packed with big hits, speed and attacking highlights.

Nine teams from Catholic schools across Queensland contested the carnival with Marymount winning all four of its pool matches before its finals win.

“Some of these girls’ mothers, aunties and sisters have paved the way for this in the last 20 or 30 years and today we award the first Confraternity Carnival girls’ title.”

The carnival began in 1980 with six boys’ teams playing in Bundaberg and it has grown every year to feature 48 boys’ teams.

The momentum for a girls’ competition developed in recent years with Marymount among the teams to embrace the concept.

The Burleigh Waters school was made to work for the title as St Patrick’s moved within four points of the lead after Gracie Watt twisted in a tackle to score next to the posts. But Marymount put the game out of reach when Zoe Gilbert crossed in the left corner with five minutes remaining.

Emmaus was led by Queensland Under 19 squad member Lillian Yarrow, who was the inaugural winner of the Reg Cannon Award for the female player of the carnival. Yarrow was outstanding for Emmaus across the five matches contested this week.

The Carbine Club Spirit of the Carnival Award was won by The Cathedral College’s tireless halfback Alenna Whipp.

Shalom College fullback Taylor Driver was named the Girls’ Player with Most Potential.

(The following matches were played in halves)