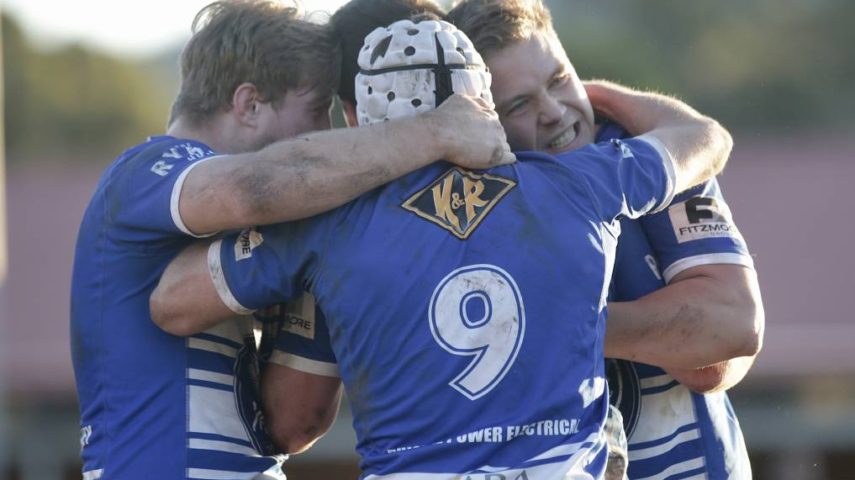 Thirroul have notched their best win of the season, but it was by the skin of their teeth after Wests fell just short of an epic comeback at Parrish Park on Saturday.

The undermanned Butchers looked to have ruined the Devils homecoming when they led 26-6 with 22 minutes to play.

In the end, it was all they could do to hang on as the hosts ran in three tries in 15 minutes to set up a grandstand finish.

It was only the clock that quit, with an 11th minute penalty goal to Tarje Whitford ultimately proving the difference in a 26-24 win for the Butchers.

It avenged a disappointing loss to the Devils just a fortnight ago and sees the Butchers leapfrog their arch-rivals into the top two.

“With Sirro being out, he’s our leader on and off the field and he always takes all the tough carries,” Fletcher said.

“I’m normally playing nine so I don’t take any carries at all so I knew I was in for a big one. It’s probably why I was cramping with 10 to go but, we got there in the end.

“I counted, from when we played De La [Salle] four weeks ago, we’ve got seven blokes out. It was just next man up and everyone played their role.

“You’re always glad to get a win over Wests at [their] home. I think all we took from our last game against them was that we couldn’t play any worse to be honest.

“We knew we had a job to do coming in undermanned or whatever it was but I was just glad to get the two points.”

It forced a reshuffle, but did little to halt their first-half momentum, with tries to Ryan Matthews, Wayne Bremner and Cooper Bowen giving the visitors an 18-6 lead at the break.

Whitford’s second penalty goal three minutes into the second half pushed the cushion to 14 before Fletcher’s 59th minute try looked to have put the match to bed at 26-6.

The hosts were far from done, finding a hit back through Joseph Dickson five minutes later to set the late push in motion.

Phoenix Vetenibua-Finnerty crossed with eight minutes left and, when Isaiah Kennedy went 70 metres for his second try, the comeback was on with the margin at two points with three minutes left.

Devil in the detail
Fittingly, it was Fletcher who fell on a final chip and chase from the Devils to close the show on the siren.

“I don’t what it was, it felt like we had two less subs on the bench or something,” Fletcher said of the comeback.

“Blanchy got got knocked out in the first couple of minutes, but I think it was our smaller middle because we just couldn’t make those metres.

“At the back end of the game that came back to bite us a little bit because we were more tired than they were. It’s so hard to stop momentum at the end there but we were good enough to hold on.

“It’s a big one for us. We want to finish in that top two, we know how important that is. If you finish third or fourth you’re in that elimination semi.

“If we can finish in that top two it gives us every chance of playing that first semi and having the week off into the grand final. That’s what we’re looking to do.”

It was brave surge, but Devils coach Pete McLeod conceded his side paid a hefty price for missing the jump on their own patch.

Lauri sin-binning sparks Wests defensive effort
It took the sin-binning of prop Dylan Lauri midway through the second stanza to light a fire that was only snuffed out at the death.

“I think towards the end of it there was one team hoping the siren was coming and one that wanted to play for another hour, but we really let ourselves down defensively early in the game,” McLeod said.

“Defensively we were poor in the first half and even at the start of the second half. It was probably only when we had someone put in the bin that we started defending a bit better.

“It was disappointing to concede the try when Dyl had been off the field for nine and a half minutes, but we knew at halftime we were going to have to be a lot better defensively.

“I think we did a reasonable job in the second half but we’ve got a long way to go. Consistency’s letting us down at the moment and defensively we’ve been caught out a couple of times in big games.

“That’s what our focus will be for the next little while.”

Tigers, De La and Collies get the ‘W’
Elsewhere on Saturday, Helensburgh saw off Dapto 32-18 at Rex Jackson Oval, while De La Salle proved too classy for Cronulla Caringbah in a Shire derby at Captain Cook Oval.

On Sunday, Collegians maintained a firm hold on top spot on the ladder with a 26-10 win over Corrimal on outer Ziems Park.