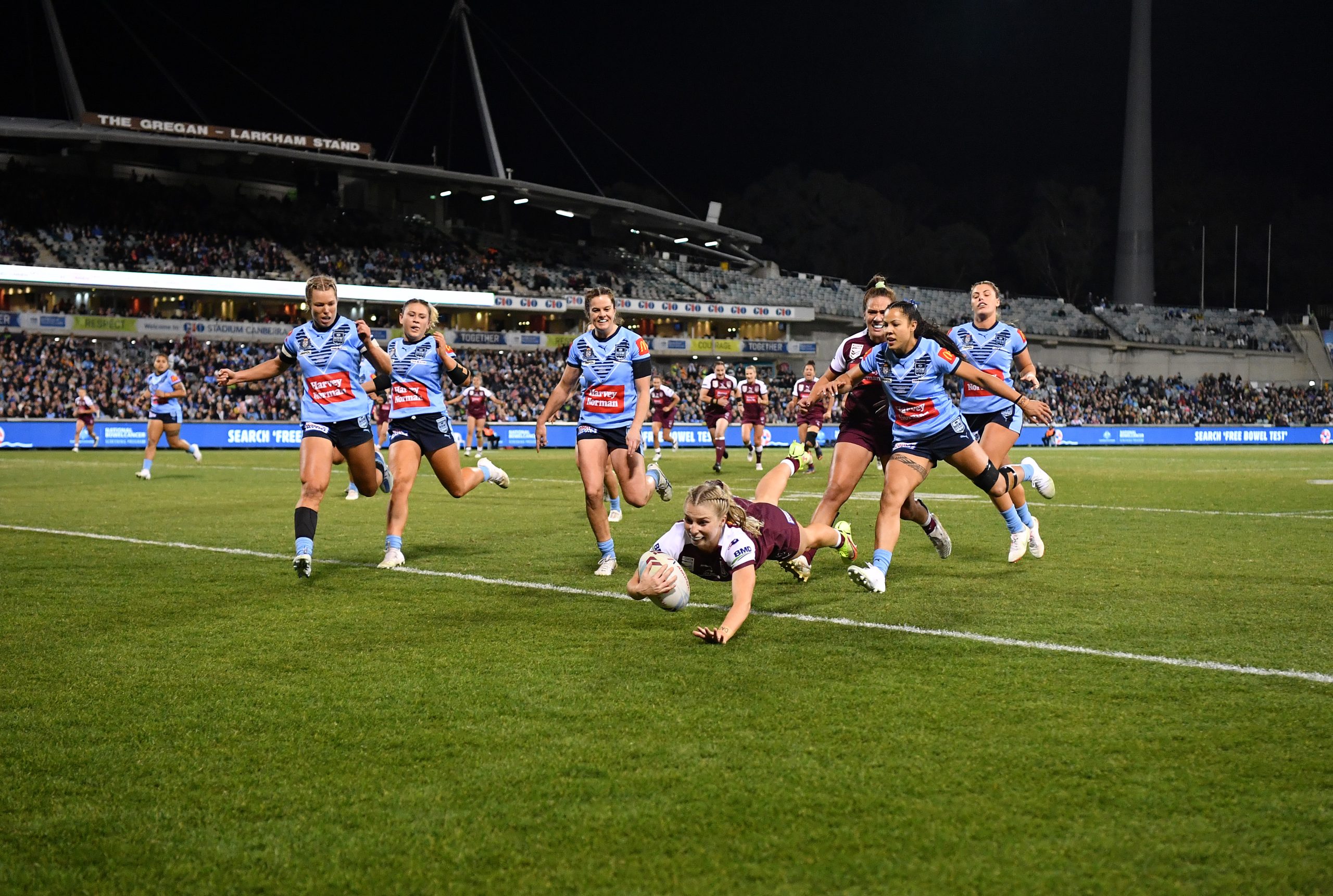 New South Wales have clinched the 2022 Ampol Women’s State of Origin with a late try to Isabelle Kelly sealing a 20-14 win for Kyle Hilder’s side in front of a record crowd at GIO Stadium.

In an enthralling contest, it was the Maroons looked to have produced a stunning comeback with a try inside the final minutes — only for Julia Robinson to be denied by Adam Gee in the bunker after she was offside from Ali Brigginshaw’s kick.

Instead, it would be the Nellie Doherty Medalist Kelly who had the final say, breaking her 10th tackle of the night to cross over late and ensure the Origin shield would be heading back to New South Wales following back-to-back wins in previous years from the Maroons.

In front of a record women’s Origin crowd of 11,321, it was the Queensland who opened the scoring in the eighth minute when powerhouse lock Destiny Brill crashed over the line off the back of an inside pass from hooker Brittany Breayley-Nati.

The Blues were quick to respond, however, with Origin rookie Emma Tonegato planting the ball down in the air from a perfectly weighted kick from Keely Davis.

Three minutes later it was five-eighth Kira Dibb capitalising on the Sky-Blues new momentum to make it 12-4 with Rachael Pearson’s conversion.

The Maroons looked to regain the lead when Tarryn Aiken used her pace to cross over for the Maroons, with the conversion bringing the scoreboard back to a two point margin.

The second half saw NSW take the two-points again when rake Keeley Davis stripped of possession in a multiple-defender tackle, extending the lead 16-10.

Although suffering a blow with veteran prop Steph Hancock failing her HIA, the Maroons hit back with star centre Evania Pelite crossing in the 56th minute, blowing the game wide open with 10 minutes to go.

A late try denied Blues winger Tiana Penitani the match-winning moment, before Kelly put the icing on the cake to seal a six-point victory for the Blues.