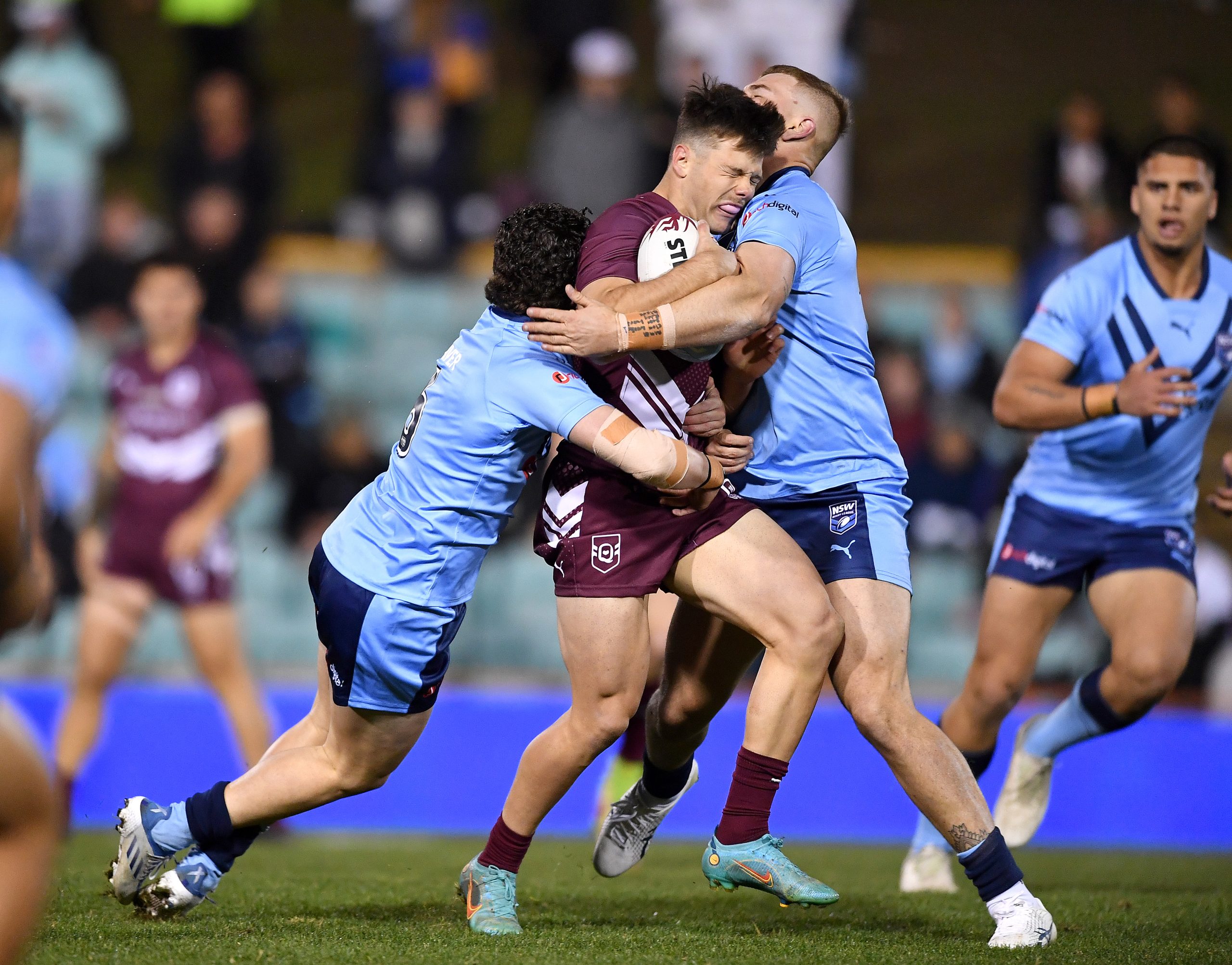 A stunning four-try burst in 10 minutes laid the foundation for NSW Under 19s to down Queensland Under 19s 32-4 at Leichhardt Oval on Thursday night.

After the Maroons opened the scoring through winger Jacob Mene in the sixth minute the Blues went on a rampage with four tries in 10 minutes to blow the game wide open.

First to cross for NSW was right winger Michael Asomua in the 16th minute, accepting a super pass from his Raiders team-mate Brad Morkos to score.

Three minutes later it was Bulldogs powerhouse Paul Alamoti capitalising on a bad read by the Maroons defence to make it 12-0 with Thomas Weaver’s conversion.

Blues halfback Jonah Pezet then stamped his class with two sublime try assists – the first for winger Jack Bostock in the 22nd minute via a bomb and the second for halves partner Weaver off a pinpoint grubber.

The second half opened in ferocious fashion with rival forwards Benjamin Te Kura and Jacob Webster forced from the field for HIAs after clashing heads and Maroons second-rower Jack Howarth also going off for a HIA.

Webster and Howarth were ruled category one concussions and were unable to return to the game.

The Blues also lost Alamoti to a cheekbone injury and Maroons back-rower went for a HIA as the physical contest started to take its toll.

Queensland went down to 12 men with 17 minutes to go when hooker Blake Mozer was sin binned for a dangerous tackle on Pezet.

Weaver knocked over the penalty goal and the Blues led 26-4.

With seven minutes to play the Blues put the finishing touches on the victory when Pezet lofted a pass over the top for Asomua to complete his double.

Try as they might the Maroons were unable to crack the NSW line for a second four-pointer as the Blues made it a double in the Under 19s Origin matches after the women had saluted 22-6 earlier in the night.