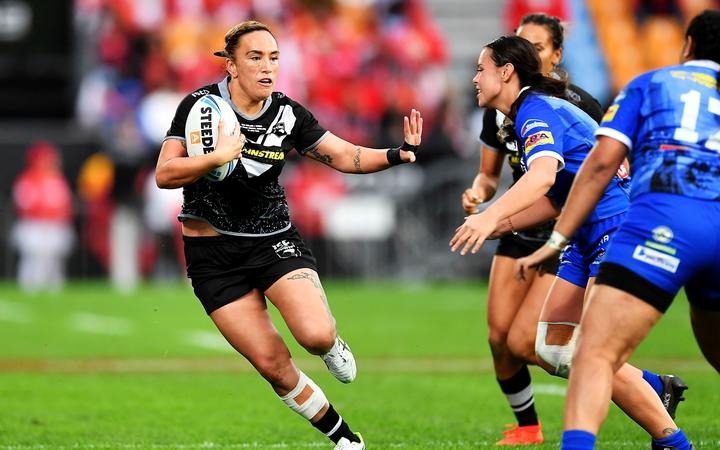 Veteran Kiwi Fern hooker Krystal Rota has been honoured with her second Test captaincy for this Saturday’s clash against Tonga.

Rota has been a focal point of the Ferns team, a mainstay at the hooker position after making her debut in the 2016 Anzac test victory over the Jillaroos.

The Manurewa junior was named co-captain for the Māori All Stars’ inaugural encounter with the Indigenous All Stars during the 2019 pre-season; she scored the winning try and received the Trish Hina Medal as player of the match.

Rota then contributed 19 tackles and 94 running metres to the Kiwi Ferns’ mid-season win over Samoa.

The veteran then starred in the Kiwi Ferns’ World Cup Nines victory and was at hooker again for the subsequent Test against the Jillaroos in Wollongong.

She was then named Kiwi Ferns captain for the end-of-season Test against Fetu Samoa, producing a strong performance at hooker in New Zealand’s 28-8 victory.

“She’s an invaluable member of the squad and plays a crucial role in the Fern’s leadership spine,” said Head Coach Ricky.

“The impact she has on those around her, from players to staff, is evident and the leadership accolades she has under her belt speaks volumes.”

After a two-year hiatus, the Kiwi Ferns face Tonga at Mt Smart on Saturday (3:10 pm), where the veteran Kiwi Fern looks to lead her side to victory.