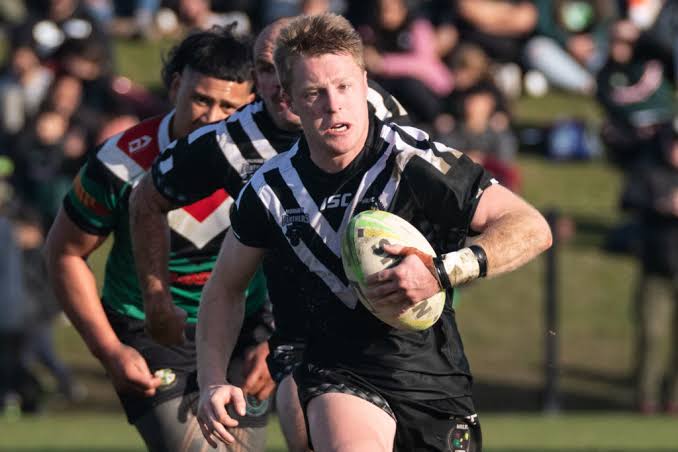 Hornby Panthers launched a late comeback to claim a vital last-gasp win in Round 9 of the Bartercard CRL Men’s Premiership, while Linwood Keas and Halswell Hornets consolidated their top-two Massetti Cup standing with convincing results on Saturday.

Riccarton Knights were on course for a momentous victory at Crosbie Park when they led the Panthers 26-12 with 20 minutes to go. But three unanswered tries to the defending champs – culminating in Tony Afoa’s match-winner on the last play of the game – snatched a 28-26 win.

The nerve-shredding finish saw the Panthers leapfrog the Knights into fifth spot on the Massetti Cup ladder.

Northern Bulldogs retained fourth place – two points ahead of the Panthers – via a 64-12 away defeat of Papanui Tigers. Halfback Taniela Leka and winger Jesse Endacott bagged try doubles, while hooker Nathaniel Tirikatene racked up 20 points from a try and eight goals as the Bulldogs piled on seven of their 11 tries in the second half.

Unbeaten premiership leaders Linwood gave in-form Eastern a reality check courtesy of a 46-16 scoreline at Linwood Park. The third-placed Eagles opened the scoring through Kolone Faalilo, who finished with two tries, but the Keas posted the next seven four-pointers to establish a match-winning advantage.

Keas second-rower Uriah Tuli powered over for a hat-trick, while Erwin Sauni and Mika Moemalo Ulu came off the bench to nab two tries each.

Second-placed Halswell carved out an emphatic 44-12 win over Celebration at Cuthberts Green on the back of a dominant first half.

The Hornets led 22-0 at the break, before winger Hamish Jarden crossed for a second-half double and veteran five-eighth Toi Sepuloni completed a hat-trick.