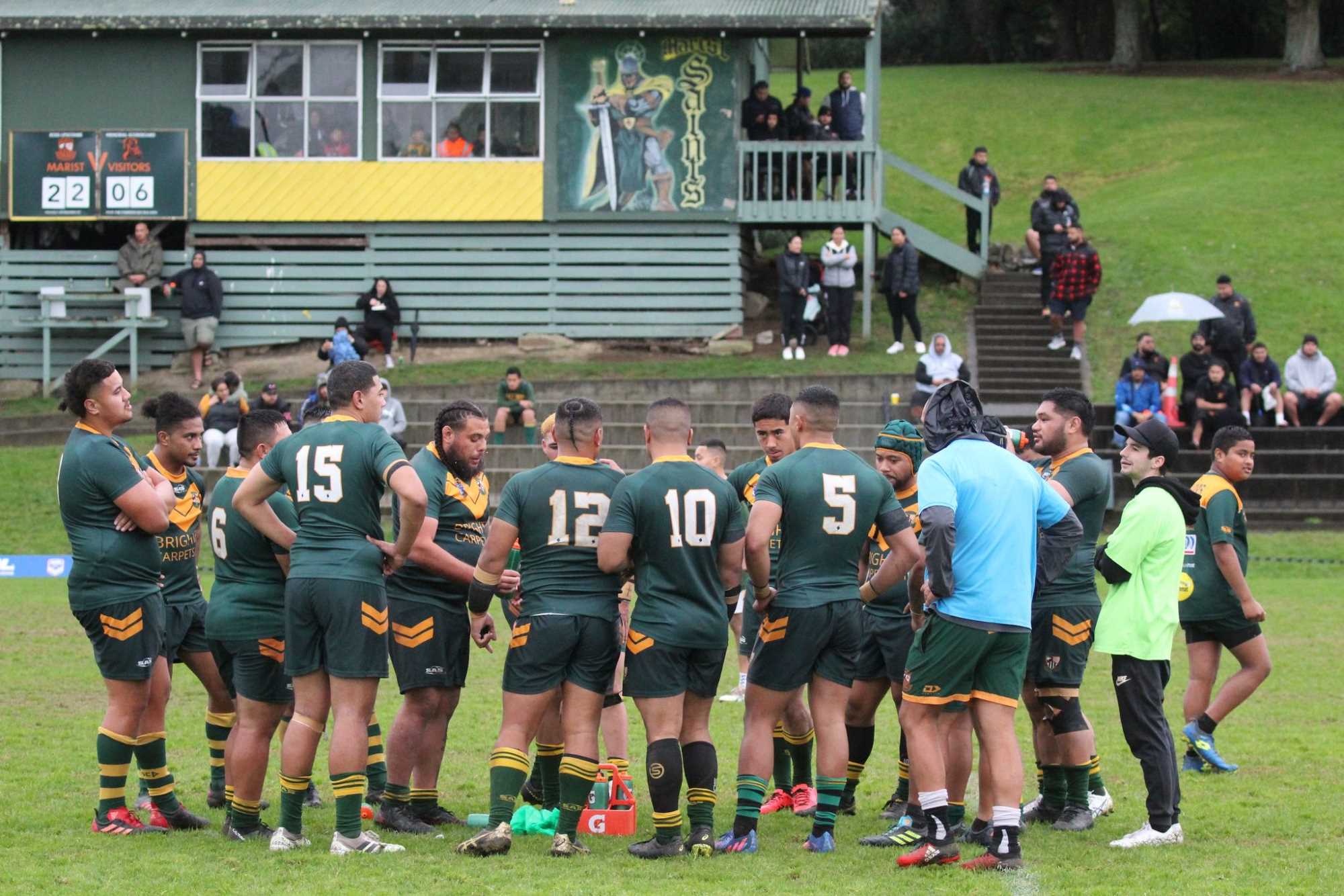 The Marist Saints have put in a strong performance in Round Six of the Auckland Fox Memorial Premiership, racking up a half century against Pakuranga.

Marist 50 – 12 Pakuranga
The Marist Saints turned up to play in this week’s livestream coverage. Coming off a close loss to Glenora last week, the side put in a big effort to get a convincing win over the Jaguars. Second half fatigue set in for the visitors as the Saints ran away with it, including Lene Neemia grabbing a double.

Glenora 32 – 6 Te Atatu
Glenora have won the battle of Auckland west handing the Te Atatu Roosters their first loss of the season. A close game in the first thirty minutes with both teams taking their chance resulting in a 6-6 score line. The Bears dotted over twice before halftime and kept the offense coming in the second half, running away with a statement win over the Section 2 leaders.

Howick 22 – 8 Manukau
In a test for the Manukau Magpies, the Hornets have proved too strong. Manukau have put on an impressive campaign in the Fox Memorial Premiership so far, arriving at this game as a benchmark for where they are currently sitting. The Hornets continue to build wins and good performances following their close loss to Pt Chevalier in the second round.

Pt Chevalier 52 – 16 Northcote
The Pirates are the last undefeated team standing with a 27th straight win, this time coming against the Tigers. A hat-trick from Matthew Whyte and a double from Brody Tamarua helped the top of the competition continue their roll for another week. A halftime score of 14-6 to Pt Chevalier saw them come out in the second firing and running away towards fulltime.

Mt Albert 34 – 30 Bay Roskill
A thriller in the closest contest of the week, Bay Roskill had the opportunity to leapfrog the Lions in the standings with a win. A tight encounter throughout with a four-point gap at the break and fulltime, the two teams were tough to separate. The teams traded blows, but it was Eiden Ackland having the final say, scoring a try with 10 minutes to go.

Otahuhu 68 – 8 Ponsonby
Otahuhu tested the Ponies defence with impressive attacking possessions. A second half William Stowers double helped the Leopards run up the score in the second half, getting 44 points after the break. A much-needed win for Otahuhu, as the top four teams of the section now sit tied for first place.

Mangere East 42 – 6 Papakura
Mangere East secured their second win of the season against Papakura. A strong start for the Hawks saw them get out to a 24-0 win before Papakura scored their first points of the match. The attack slowed but kept ticking over as three Mangere East players came away with doubles to show for their efforts.

Richmond 52 – 0 Papatoetoe
A valiant Papatoetoe side continues to show out week after week facing four of the top five in a row. Richmond in the mix of first position with the win at home. Four tries in the first half saw them go into the break with a comfortable hold of the game, but that didn’t stop their efforts in the second half as they continued to put pressure on the Panthers throughout the full eighty minutes.

Otara 26 – 10 Hibiscus Coast
The Otara Scorpions didn’t let the long trip up north to Stanmore Bay Reserve phase them as they got the job done against the Raiders. Otara look set to jump back into the tough top off of the section with this win. The Scorpions will look to build on this to host the Mt Albert Lions in an epic clash next weekend.