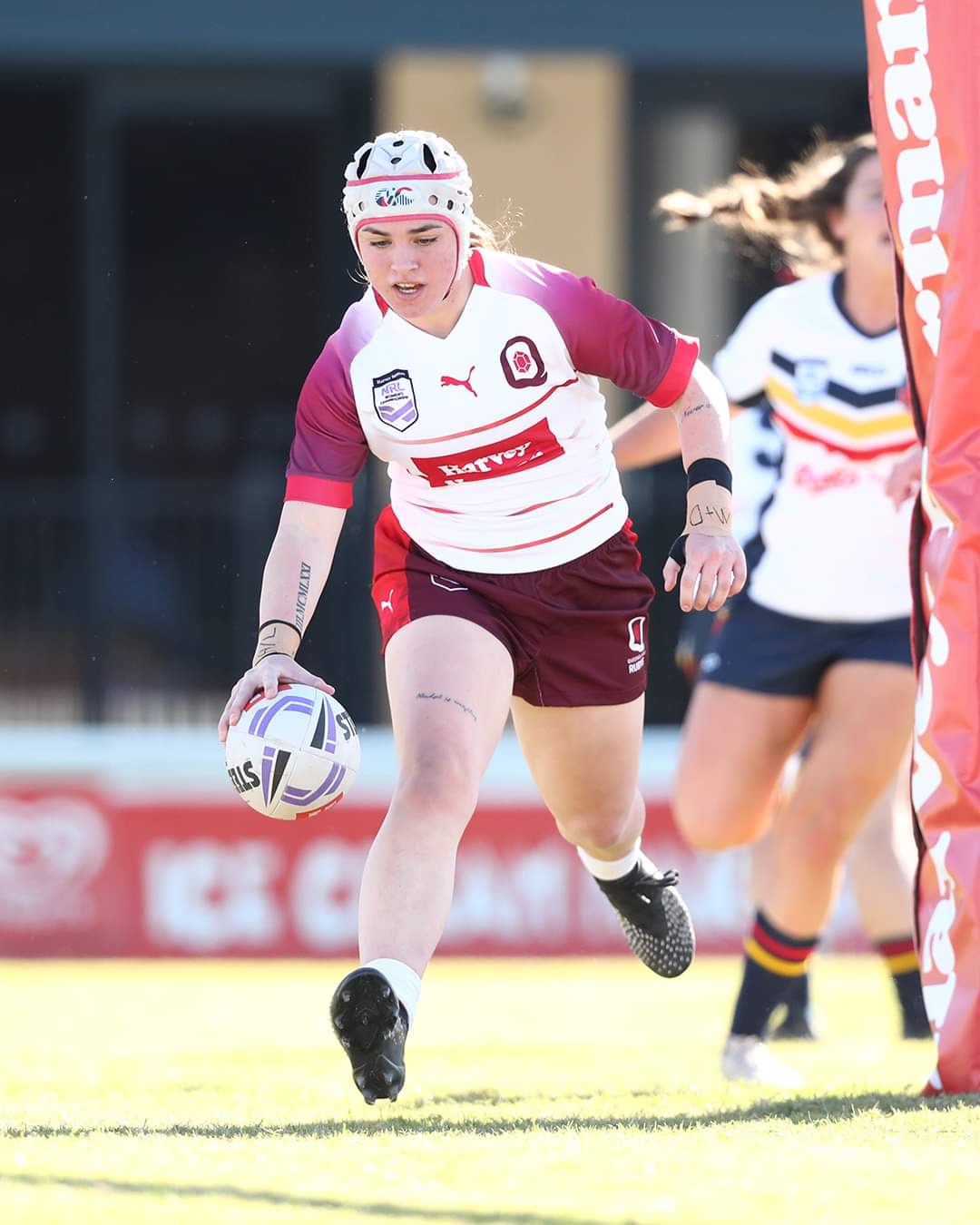 The Queensland Rubys are the under 19s champions after beating NSW City 10-4 in the Harvey Norman National Championships final on Sunday.

In a tense contest, the Rubys led 6-0 at half-time courtesy of a try through five-eighth Ellie Williamson before the Queenslanders defended their way to victory against a fast-finishing NSW City side at Pizzey Park.

After three days of gruelling rugby league, the Rubys repelled three City raids in the second half which included a try-saving intercept from winger Helen Uitualagi.

Williamson finished as the Tahnee Norris medal winner for player of the tournament and is all but certain to represent Queensland in the under 19s State of Origin clash on June 23.

“It’s just been a great week spending time with all the girls and learning about each other and bonding,” Williamson told NRL.com.

“To be able to play Origin would be amazing, I hope I can make it. It would be an exciting opportunity.

“Hopefully I can play in it and then aim for an NRLW contract in the near future.

“That’s what I like about this tournament, to watch all the girls be able to show what they can do.”

Earlier, play was stopped for almost a half an hour due to a serious ankle injury to NSW City interchange player Chloe Jackson, who was taken from the ground via ambulance.

A try to Williamson in the first half set up a six-point lead before a 20-metre cut-out pass from Chantay Ratu sent Tahlia Marshall over late to seal the result.

NSW City hit back through Rueben Cherrington with seconds left on the clock but the Rubys held their nerve with a last-second defensive play handing them the win.