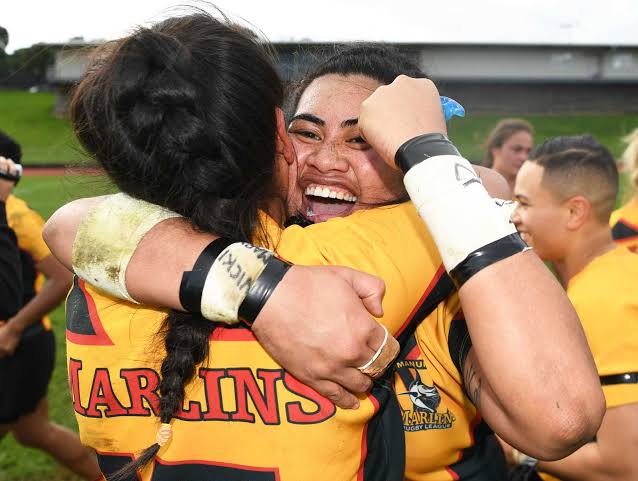 The Manurewa Marlins were boosted by the return of a number of key players in the 2022 Auckland Women’s Premiership.

AUCKLAND WOMEN’S PREMIERSHIP
Manurewa 22 – 12 Richmond
Manurewa had the timely return of key players Krystal Rota, Toru Arakua and Maitua Feterika who had a big impact throughout their match-up with the Roses. It was the experience that came through in the second half allowing the Marlin wāhine to pull away over the younger Richmond side. Christyl Stowers made a return from concussion and put in a huge defensive effort with 49 tackles.

Ponsonby 18 – 10 Otara
Ponsonby a big win against a powerful Otara side that continues to build with each week. Noia Fotu-Moala put in a strong performance to help the Ponies get the job done, while Annessa Biddle stood out for the Scorpions. Otara will look to take their learnings into next week when they face another testing contest against the Richmond Roses.

Howick 40 – 36 Otahuhu
A Sunday thriller at Paparoa Park saw the Hornets get away with a close victory against Otahuhu. Zayde Sarah-Baldwin was a major contributor in securing the win, getting across the line three times in the contest and getting player of the day honours. The Leopards faced a few injuries throughout the game, eventually dropping to eleven players, so it was a courageous effort for the visitors in a game that came down to the wire.

Pt Chevalier 66 – 22 Taniwharau
Pt Chevalier continue to roll and take control of the Premiership competition. Recent transfers, Laishon Albert-Jones and Charlotte Scanlan had an instant impact in their first game, scoring five tries between them helping the side get the two points over Taniwharau. Taniwharau did well against the Pirates with Te Oriwa Ahuriri bagging herself a double.

AUCKLAND WOMEN’S CHAMPIONSHIP
Manukau 36 – 16 Pukekohe
Pukekohe continue to show impressive heart throughout the competition, having no bench players available for the game at Moyle Park. They got off to a good start holding an early lead. Manukau eventually found their rhythm with Lose Mafi standing out in the side and getting a try to show for it.

Marist 38 – 8 Glenora
It wasn’t Glenora’s day as Marist got a good win through an impressive first half performance, including a hat-trick to Christina Magele Mariner before the break. Glenora’s up and coming half Monica Tuala and second rower Lua Hafoka both had good games in the loss, as the game had a much more even second forty. Marist have leap-frogged Glenora in the standings for second place with the win. The Bears will have the bye next week to rest and reload.