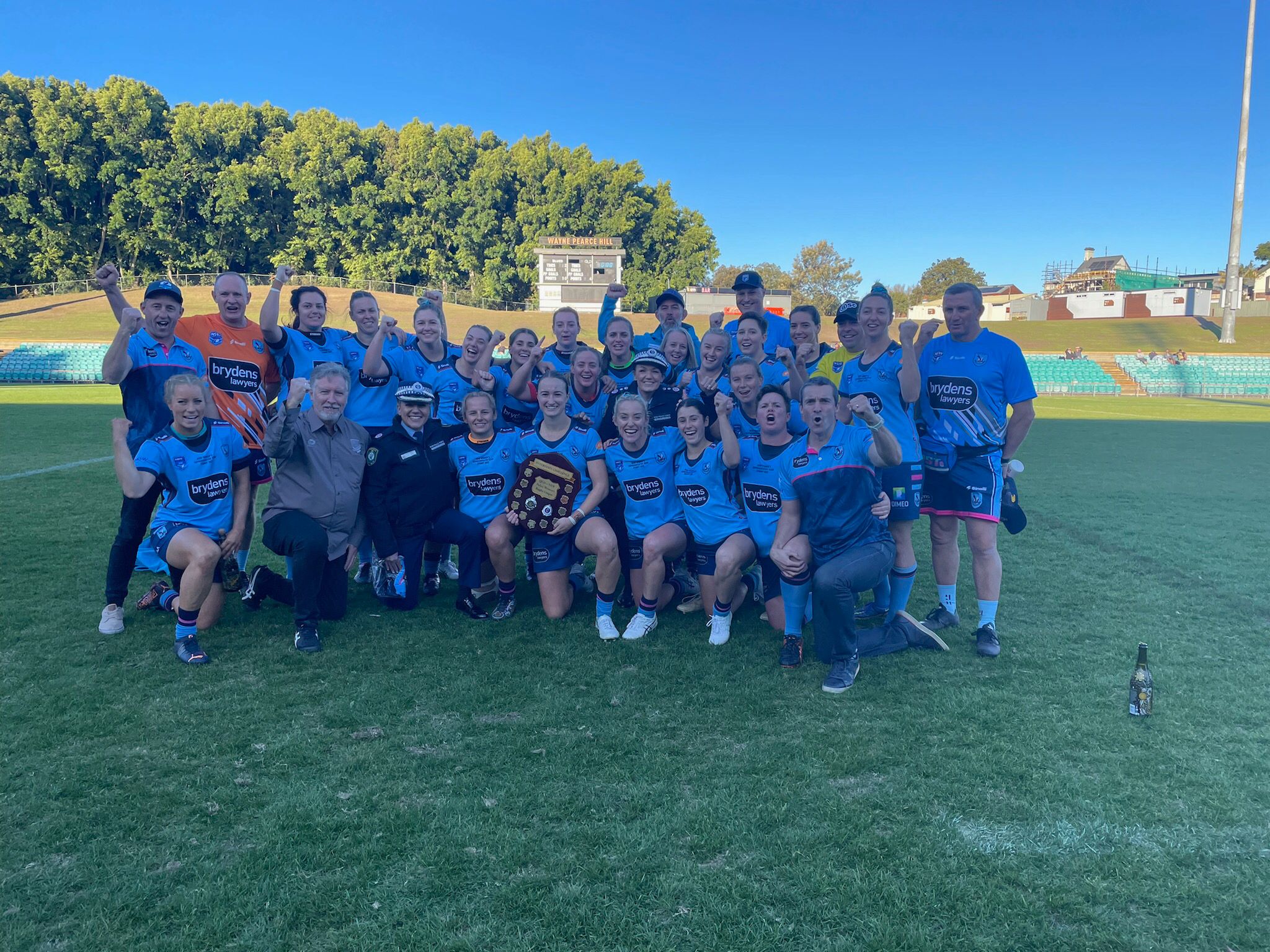 The NSW Women’s Police team made it a blissful 48 hours for the Blues Police teams by winning the inaugural Origin game against Queensland 10-4 at Sydney’s Leichhardt Oval on Friday.

It followed the NSW Men’s Police team enjoying a 28-12 victory over Queensland on Wednesday night at Accor Stadium in the curtain-raiser to the opening Ampol State of Origin game.

But while the men have played an interstate game each year, this is the first time female police officers from both states have done battle.

The Blues players had a little extra support in NSW Police Commissioner Karen Webb in the stands at Leichhardt Oval to cheer on the NSW team.

She also addressed both sides at the conclusion before Blues skipper Gabrielle Suckling was handed the Origin shield.

NSW led 10-4 at the break in the 60-minute match, scoring two tries to one. Fierce defence from both sides kept the second half scoreless.

Off the back of points the Blues dominated for the next 10 minutes before Queensland managed to secure the ball inside NSW’s 20m zone for a couple of repeat sets.

That pressure was rewarded when forward Mekilah Acworth barged over for the Maroons only try to level scores at 4-4.

Both teams got into the grind before three NSW players forced a goal-line drop-out by driving the Queensland ball carrier back into the in-goal.

Both teams desperately searched for points in the second half. Queensland half Samantha Bliss was held up over the chalk, while NSW winger Brooke Walker made a 40m bust down the eastern touchline but her pass inside went to ground.

Then Gabrielle Suckling lost the ball over the Maroons line. But the Blues were inspired and did not want their line crossed again.

Staunch defence from Mounties Katerina Hinton and Campbelltown Kangaroos prop Brittany Lee Bedford jolted the ball free with Queensland on the attack and less than two minutes on the clock.

That took the gas out of the Maroons final push for points. Bedford was later named “Player of the Match”.

The match was streamed live into every police station from both states so officers could celebrate this piece of Rugby League history.