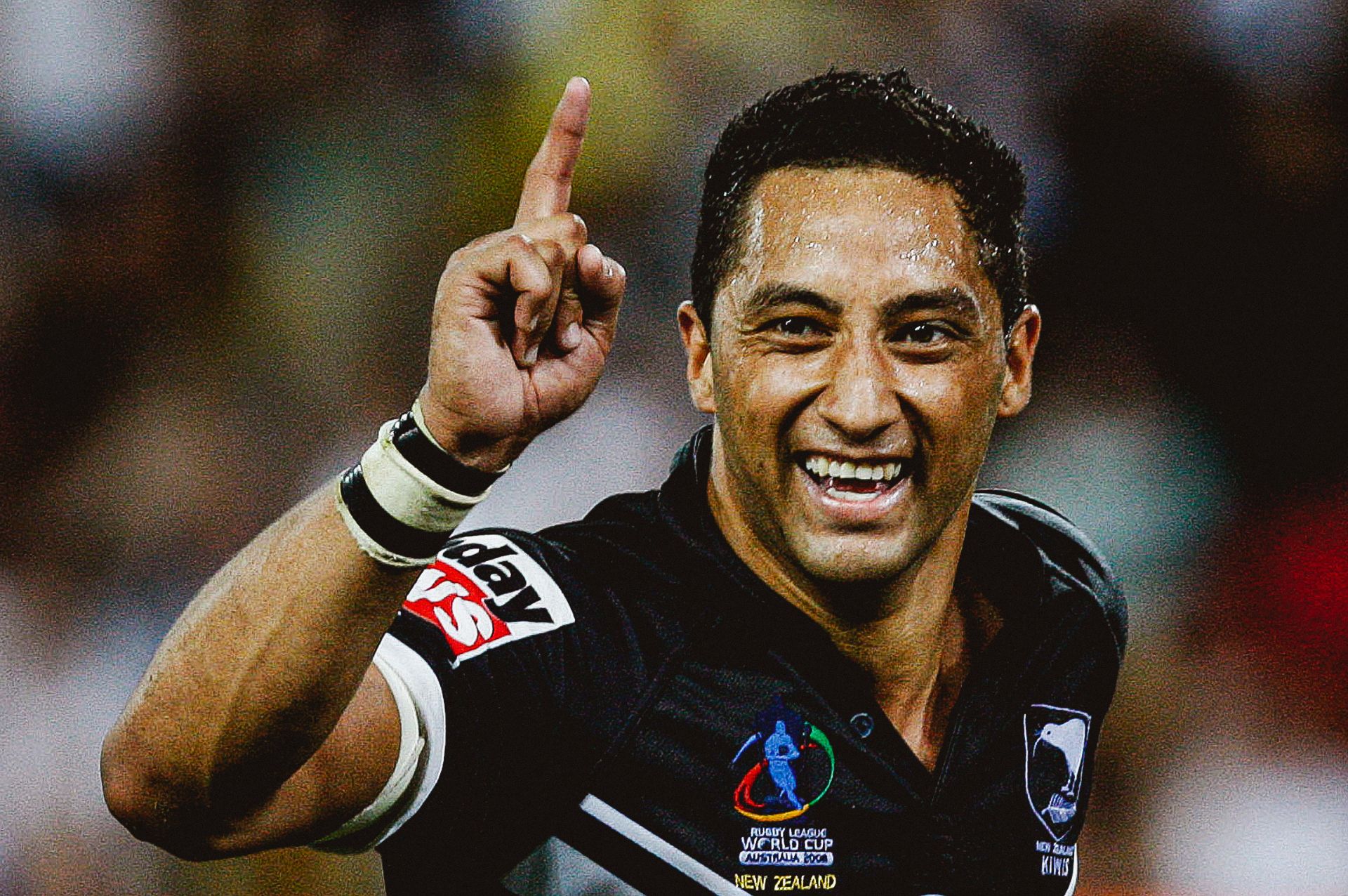 Benji Marshall says he would be happy knowing he had inspired just one Kiwi kid to reach for the stars.

But Marshall went way beyond that in an extraordinary league career that reshaped how the game could be played.

And yet to this day, no one has played rugby league quite like the exhilarating Benji Marshall.

He was a football wizard who took the magic to a new level.

It started from the get-go, with the 20-year-old inspiring the unfancied Wests Tigers to win the 2005 NRL title, including some awe-inspiring Marshall moments in the grand final win over North Queensland.

And from that point, there’s no doubt that thousands of kids, in union and league, would have had their creative juices flowing after watching Marshall play.

There were so many elements to his career, including repeatedly coming back from serious injuries, mainly to his slender shoulders.

At his best, he bounced off the turf like no one else, and he always bounced back from adversity.

“I was just a small kid from Whakatāne with no right to get to where I got to in achieving all the things I did,” he said.

“Hopefully with me doing what I did it inspires others, especially young Kiwi kids. If you can change one life, that’s enough.”

The 37-year-old Marshall, who retired late last year, became the longest-serving Kiwis captain, was at the heart of the famous 2008 World Cup win, and played 31 tests.

He will always be remembered best for his golden years with Wests, but he was also a part of the Souths side which made last year’s grand final and played for a couple of other NRL clubs with mixed fortunes.

He stayed loyal to the Kiwi cause even when overlooked, and made an emotional return as captain three years ago.

“One of the biggest things in playing the game is that you want to get to the highest level and for me, representing the Kiwis, it doesn’t get any better,” he said.

“So to be out for that long and then get the opportunity to not just play again, but be an integral part of that side, to captain the team in the Tonga test, was pretty special.

“Then also at the end of that season to play against Great Britain, to finish that way, was also incredible.”