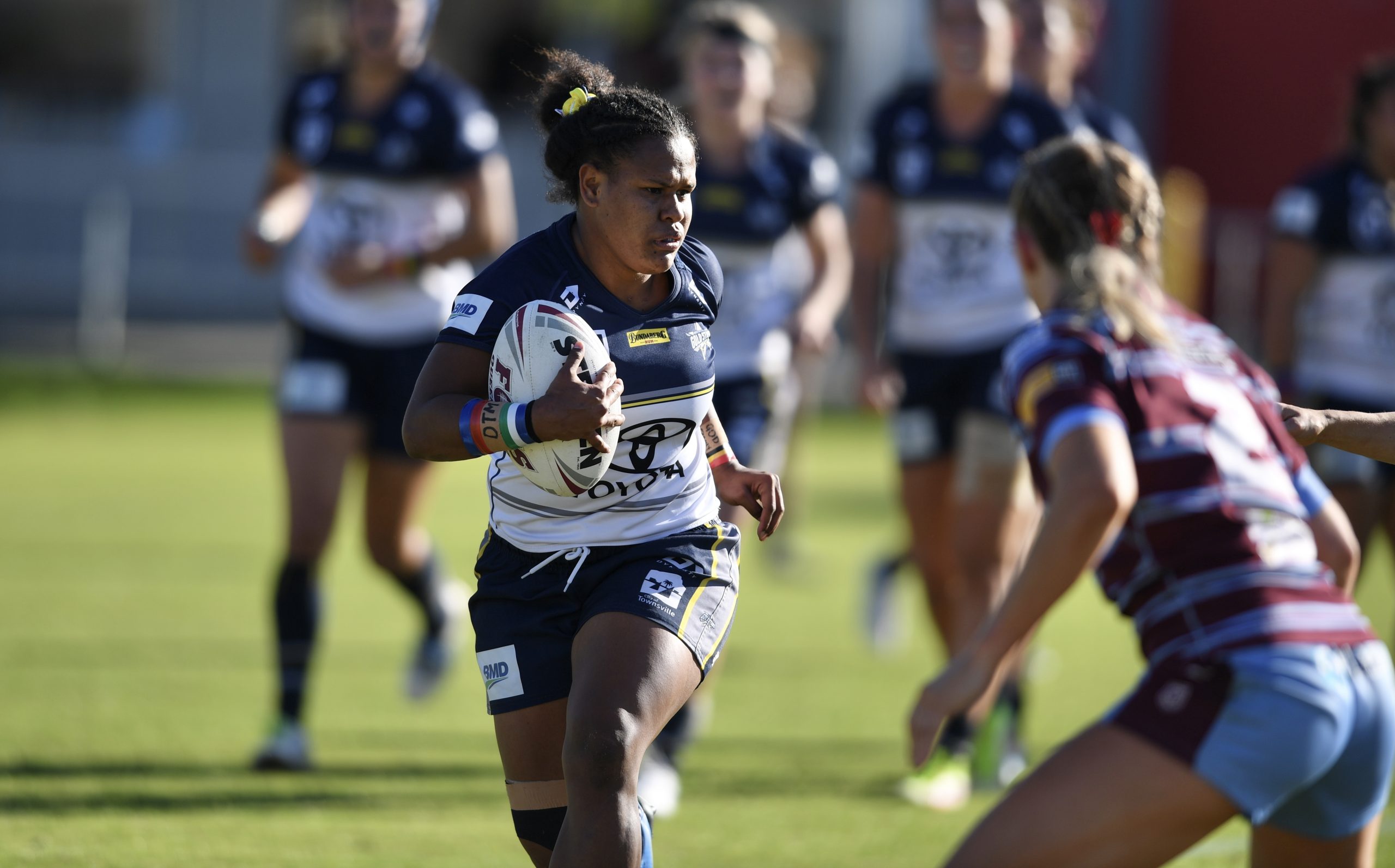 The 2022 BMD Premiership grand final will be filed under classic; it took 69 minutes and 40 seconds for the winner to be revealed.

The North Queensland Stars and Central Queensland Capras were both in their first decider and looking to take the premiership home to their region and it was the Gold Stars who prevailed 14-12 after a thrilling match.

The first three minutes of the grand final was a classic back-and-forth.

The Stars found space and points when hooker Emma Manzelmann kept the Capras on their toes as she went from dummyhalf and cut the Central Queensland marker defence. From there, the Stars went right to find Alicia Martin who scored in the fourth minute.

The Capras looked dangerous from there, but couldn’t find the last pass, falling short too many times and were unable to post an equaliser.

The Stars then added to their lead with another six points after Shaniah Power made the break down the left-hand side, and on the back of the penalty in the mid-field, the Stars went right again and exposed some defensive fragility.

Jasmine Peters scored her third try this season, running freely in the centres and skipper Romy Teitzel knocked over the extra two points.

The Capras however were not done and went to their own star to find their first points.

The minor premiers got on the board after Tamika Upton threw a beautiful face ball for Tyla Mitchell twho came from the bench to score a grand final try.

Capras captain Mariah Storch had the two points and her side were trailing 10-6 after 20 minutes.

The Capras off-loading would be a topic of conversation at halftime as the Stars struggled to shut down the Central Queensland second-phase play.

Right on the break, the Capras thought they had the equaliser in the corner after some enterprising offloading, but the last pass was ruled forward.

The second half started in fading sunshine, but things started brightly for the Capras with five-eighth Reeghyn Beardmore rolled the ball in to get a repeat set for her side to keep the pressure on.

The Gold Stars were giving their defence a work out with two back-to-back penalties keeping the Capras in good ball area and getting closer to scoring.

The Stars couldn’t hold them back any longer and after 18 tackles on their own line, the Capras went right and Emmanita Paki scored in the corner, taking advantage of the compressed defence that was busy in the middle of the field.

Storch knocked over the two points that gave the Capras the lead for the first time.

As the grand final turned to the last page with 20 seconds to go it was the Stars that were holding the pen that wrote history when Sarah Field’s kick from heaven but the bounce from hell if you’re the Capras. The ball went left and foundNorth Queensland centre Shaniah Power who went in to score and win the game for the Stars in a classic match.