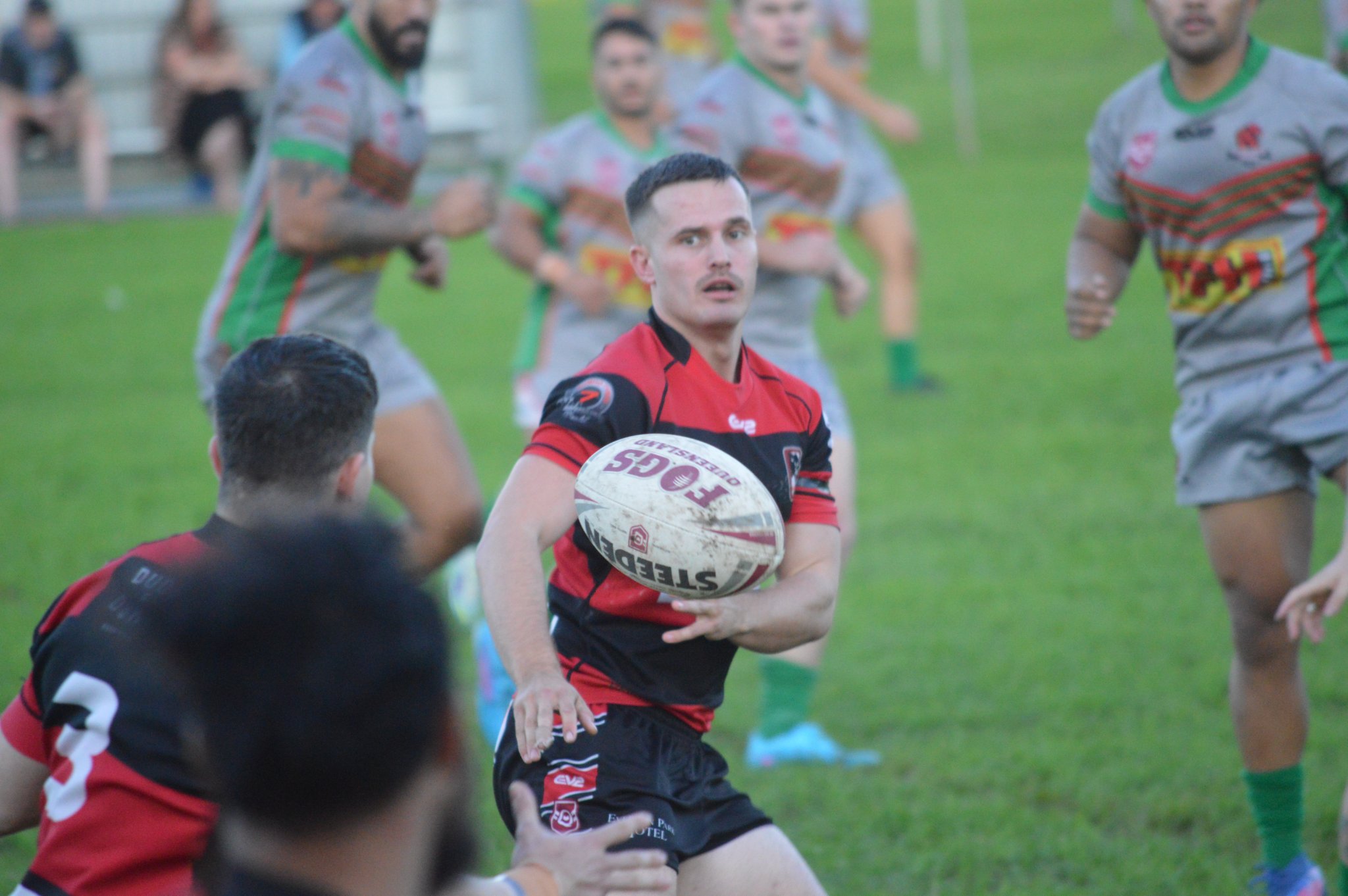 After defeating the only other unbeaten side in Beenleigh last Saturday, the Panthers will next take on Souths Junior Magpies in a bid to remain the sole leader at the top the Brisbane Premier A-Grade competition.

West Brisbane have won seven from seven this season and will look to make that eight from eight against the struggling Magpies at 4.45pm on Saturday at Brandon Park.

The new kids on the block for 2022, Souths Junior are yet to take flight with just the one win over Normanby in Round 1, however they have tested sides over the course of the season and could put all that out there against Wests to register their second.

Panthers fullback Kyle Van Klavern is wary of the Magpies for that very reason.

“Everyone is writing Souths off,” he said.

“If we are not careful, we could be on the wrong side come fulltime. We played some of our best football last week against the Pride and we will need to be at our best against Souths.”

Elsewhere, Bulimba bounced back last week defeating Valleys in a dominant second half at Emerson Park.

They return to Balmoral Sports Complex to host the Wynnum Manly Juniors at 3.15pm.

The Bulldogs have lost only the one game this season, whereas the Seagulls have just the two wins from seven starts.

Wynnum Manly have posted some impressive halves of football, leading Beenleigh 18-0 in the first half of their clash and coming back in the second half to come within two points of Valleys.

They have shown they have the side to win, they just need to bring the full 80 minutes this weekend.

Bulimba will look to maintain second spot on the ladder with a win at home.

Both the Diehards and the Pride will aim to return to the winner’s circle after comprehensive losses last weekend.

The Pride’s only points against West Brisbane came on fulltime and the Diehards were blown away by Bulimba 10 minutes after half-time.

It was Beenleigh’s first loss and dropped them to third on the ladder, while Valleys’ defeat had them drop out of the top five for the first time this season.

This game has been moved to Emerson Park at 3.30pm on Saturday as Hammel Park is still on the mend after recent weather.

Brighton meanwhile have moved into the top six after a 46-6 win last week over Souths.

To stay there they will need to repel the Hounds at Jim Lawrie Oval at 6.30pm.

The Roosters’ coup has been a fortress and the Hounds will have to bring their mongrel if they are to win their second game of 2022.

Normanby are on the improve after a close 34-26 loss against Carina last week, while Brighton will look to go back-to-back after bringing down the Magpies in Round 8.

The BRLTV match of the round between Carina and Pine Rivers at Leo Williams Oval at 4.45pm is shaping as a do-or-die affair.

The Tigers have won their past two games and sit only two competition points outside the top five.

They held off Normanby 34-26 while the Bears were too good for the Seagulls last week, winning 30-10 to sit in fifth place.

“The boys are working on playing the full 80 minutes instead of playing in patches,” Tiger Emmanuel Tuimavave-Gerard told BRL Weekly.

“Last week we ground out the win. We are looking to improve each week.”