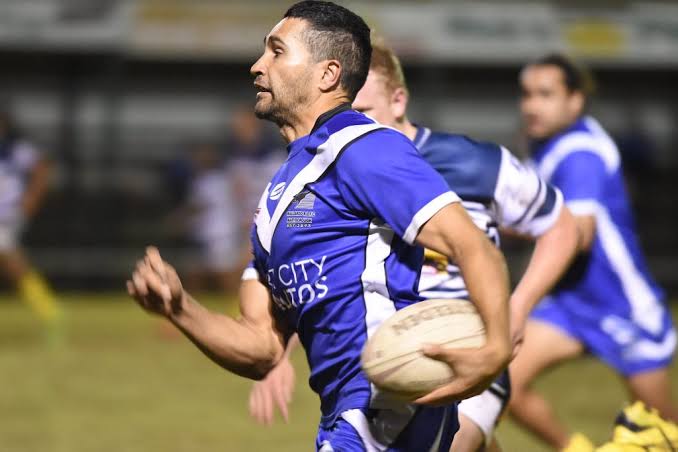 Fresh from their shock drought-breaking victory over Past Brothers, the Wallaroos will go into their Bundaberg A grade Round 9 home clash against form side Waves Tigers with a near full-strength team and renewed confidence.

But they will have to improve further in the Broadcasters A Grade Premiership showdown at Maryborough’s Eskdale Park, after Waves roared loud and clear 40-6 when they last met on April 23.

The second-placed Tigers are on a roll after successive victories over heavyweights Easts Magpies 22-4 and Wests Panthers 28-16.

At Salter Oval on Sunday, Wests will attempt to bounce back against competition leaders Hervey Bay at 1.30pm, but they too can take great confidence after inflicting the Seagulls’ only defeat so far this year, 38-24 at their Stafford Park fortress, also in Round 4.

Then at 3pm, 2021 grand finalists, two-time defending champions Past Brothers and early season title favourites Easts will both be desperate to avoid hat-tricks of losses, with the Brethren having been plucked by the Seagulls 54-16 a fortnight ago, before alarm bells rang after they were ambushed by Roos.

For the Magpies, since their last win – a comprehensive 46-30 victory over Brothers six weeks ago – they were then edged out by the Panthers 14-12, before stumbling at the hands of the Tigers, then enduring two washouts.

Roos will be without fullback Jackson Gouge, who was a match winner with 20 points from two tries and six conversions last week, with his place taken by the versatile Bailey Eckert, who also bagged a double in that match at hooker.

Workaholic captain and lock Jesse Robertson is another big out.

But they will also be bolstered by the returns of their veteran former NRL five-eighth Maurice Blair and stalwart hooker Damien Otto.

The Tigers will be without their powerhouse five-eighth Jacob O’Shea, with his taken by former captain Dan McLennan, who moves from lock, while Nic Samra returns to the 17, but ultra-consistent winger Lachlan Dullaway has not been named, with his replacement to be advised.

The Seagulls have named all of their big guns, but they have one key positional change, with mercurial half Logona Vetemotu to lock the scrum, and his usual No. 6 jersey filled by Nicholas Collins.

Brothers are yet to submit their team list, but they need a dramatic turn-around against a potent Magpies outfit which will be missing its 47th Battalion Carnival lethal lock Caleb Van Lawick.

They are however still loaded with match winners, including their captain/coach and BRL Player of the Year for the past two seasons, Matt Craven, and representative stars, fullback Trent Seeds – who wreaked havoc with a hat-trick against them last time – and electrifying halves Mitchell Taylor and Andreas Nona.