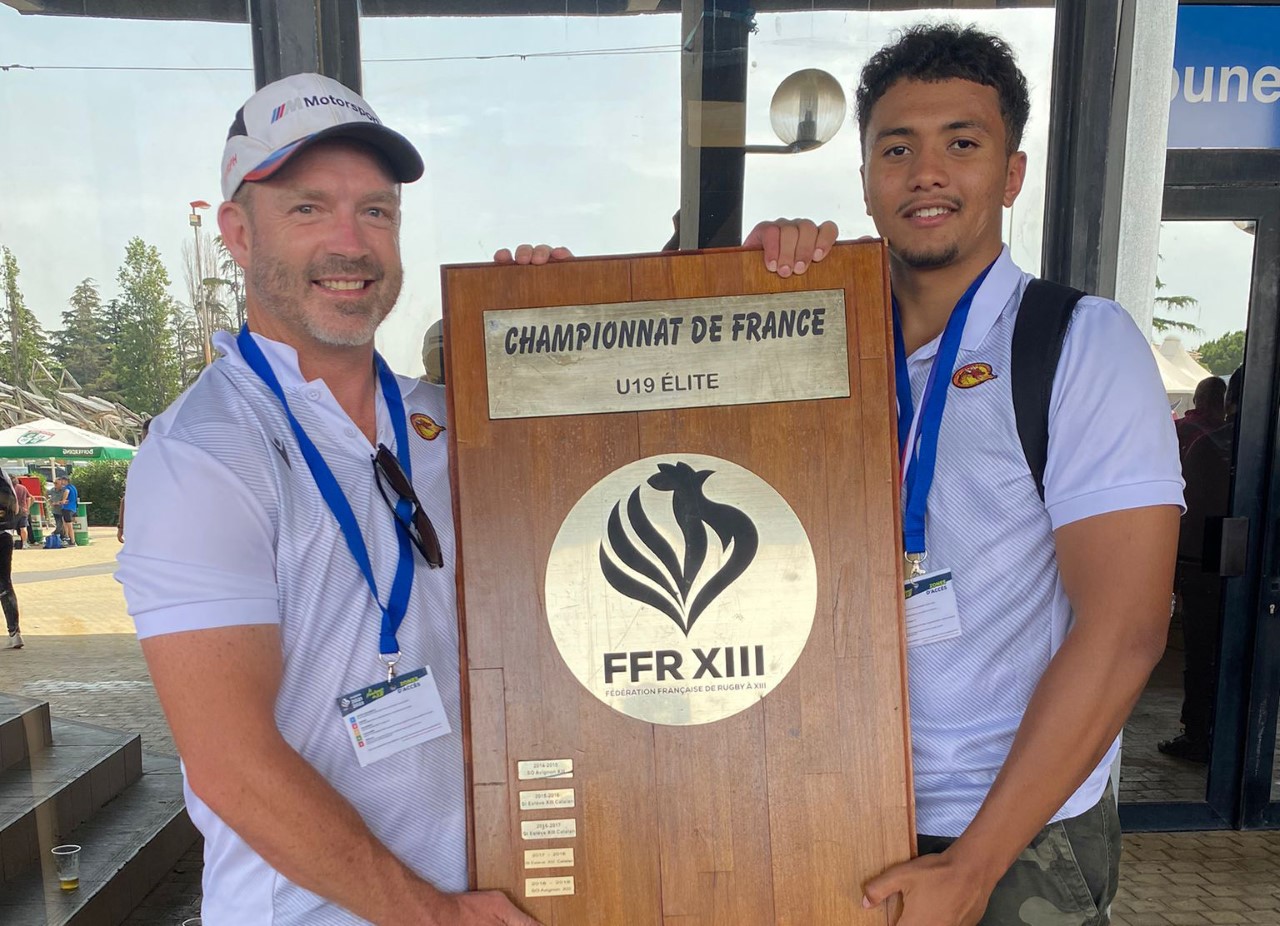 Fresh from winning the French Under 19 Rugby League Championship, Catalans Dragons talent Renato Amaro Silva will fly around the world to represent his native Brazil against South Africa on Sunday.

Born in Goiânia in central Brazil, Amaro Silva is a prop forward who has travelled an unusual path to the upper levels of global rugby league.

When he arrives in Noosa, Australia this week to represent the Carcarás, he will be a Brazilian living in southern France, flying on a Portuguese passport.

He will become the first active player from either the English Super League or NRL systems to pull on the jersey of Brazil.

Although declaring his commitment to the Brazilian team several weeks ago, the youngster initially spurned promotional requests.

“The first thing he said was he wanted to fly under the radar, and not talk himself up,” Brasil Rugby League General Manager Robert Burgin said.

“He respects South Africa will field a strong side and he understands that the middle of the field is where you earn your reputation, not in the media.

“Along with the six players we have flown to Australia from the domestic Brazilian competition, it’s exciting to be bringing together a team from across the world and developing pathways for the future.

“Of our 17 players on game day, we expect 13 positions will go to players actually born in Brazil, with four qualifying under the parent rule.”

The six current players from the Brazilian domestic competition featuring in the game have undertaken 2-4 week development tours, observing and training alongside the Sunshine Coast Falcons, a feeder team to the Melbourne Storm.

Among other activities, the visiting players attended their first NRL game a week before the South Africa clash, seeing the Brisbane Broncos conquer the Gold Coast Titans at Suncorp Stadium.

Coincidentally, South Africa is expected to name a former Brisbane Broncos player in its line-up for Sunday’s game, with Gideon Mzembe in the frame for the Rhinos.

Brasil suffered a last-up 40-8 defeat against The Philippines in 2021, meaning both nations will be determined to return to the winners’ circle