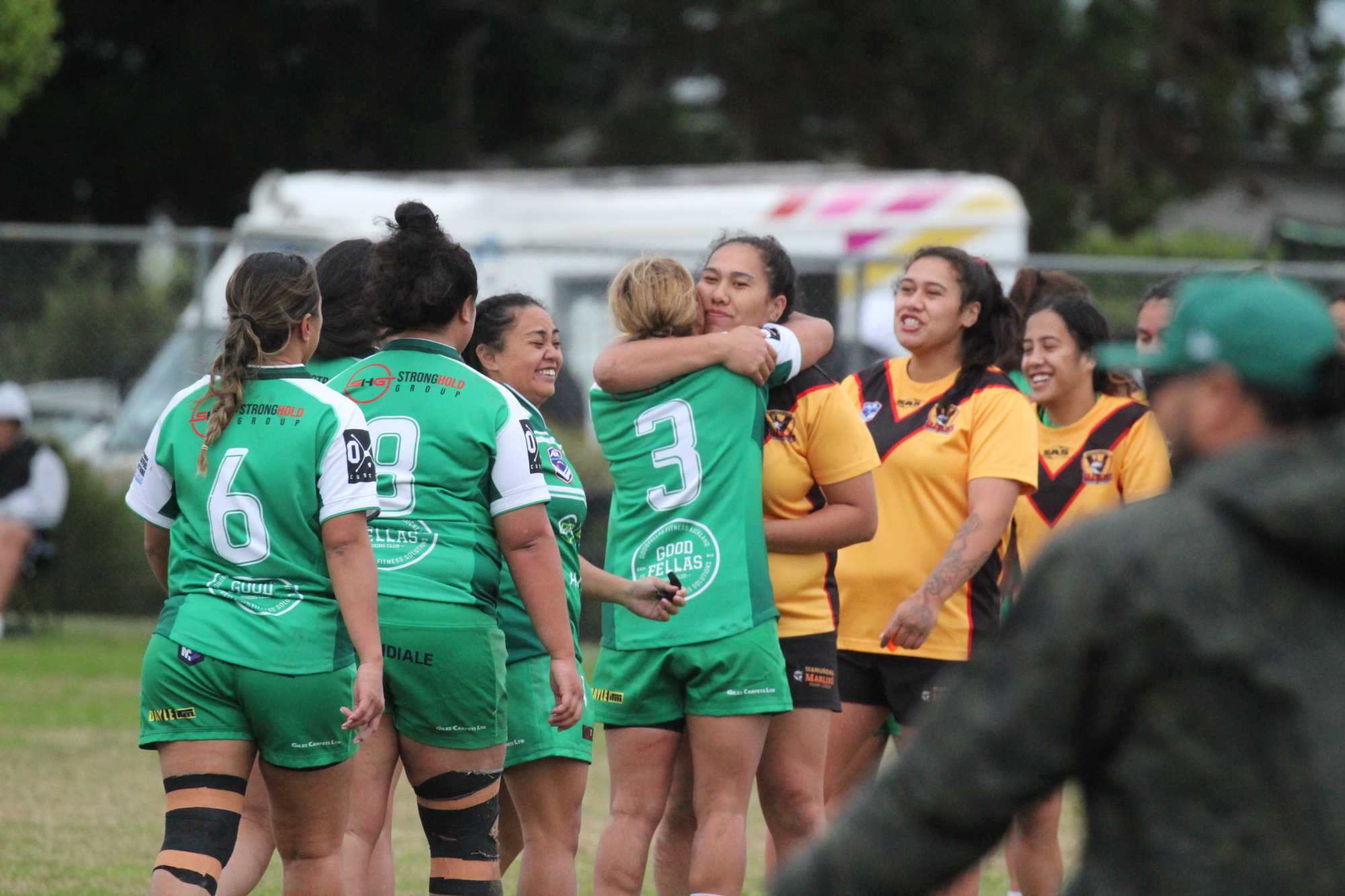 The Pt Chevalier Pirates have maintained top spot in the 2022 Auckland Women’s Premiership with a win over the Manurewa Marlins in the Grand Final replay.

AUCKLAND WOMEN’S PREMIERSHIP
Pt Chevalier 30 – 14 Manurewa
Pt Chevalier continue to establish themselves ahead of the rest of the competition as they take down Manurewa at home. In a rematch of last year’s grand final, Pt Chevalier controlled the game early shooting out to a 16-nil lead and taking that into half time. They continued the momentum into the second half before easing off the gas allowing the Marlins to get back into the game. Finding new energy through strong carries and powerful runs, the south Auckland side scored three straight tries to try and make a game of it. In the end it was too little, too late as Pt Chevalier took home the win and look to be the team to beat.

Ponsonby 60 – 8 Otahuhu
Ponsonby have bounced back after a close loss to Richmond last weekend, putting on a clinical performance against Otahuhu. It was a team effort throughout the contest and was much improved on the previous week. Mele Hufanga and Mele Maatuleio Fotu-Moala reaped the rewards of their teams success, scoring seven tries between them.

Otara 20 – 8 Taniwharau
Otara are back in the winners column after getting the job done against Taniwharau. The Waikato side continues to prove that they belong in the Farrelly Photos Women’s Premiership putting up a strong contest against the Scorpions. Both sides will have a big test in round five with Otara heading to Ponsonby, while Taniwharau will host the Pt Chevalier Pirates.

Richmond 18 – 10 Howick
Howick came to play as they travelled to Grey Lynn Park to face the Roses. The away team had a strong first half taking the lead into the break and looking as though they could make it two in a row. However, Richmond had other plans as they regrouped at the half and didn’t allow another point from the Hornets and managed to score a trio of tries in the second period to take home the two points.

AUCKLAND WOMEN’S CHANMPIONSHIP
Glenora 28 – 14 Manurewa
Glenora enjoyed a successful outing as they hosted Manurewa at Harold Moody. Overall the team played well despite a few errors with an improving halves pairing that is able to control the game. Fullback Alyssa Malamantenios impressed as she put on a show a solo try featuring a trick kick and regather, while Westlyn Tarei-Jackson put in a hard shift getting good gains up the middle.

Marist 48 – 14 Pukekohe
Marist travelled south to face a valiant Pukekohe side at Opaheke Sports Park. The Saints had four players secure doubles in a ten try performance. The Pythons enjoyed their own success on the offensive end but weren’t able to keep tracking at the pace of the visitors.