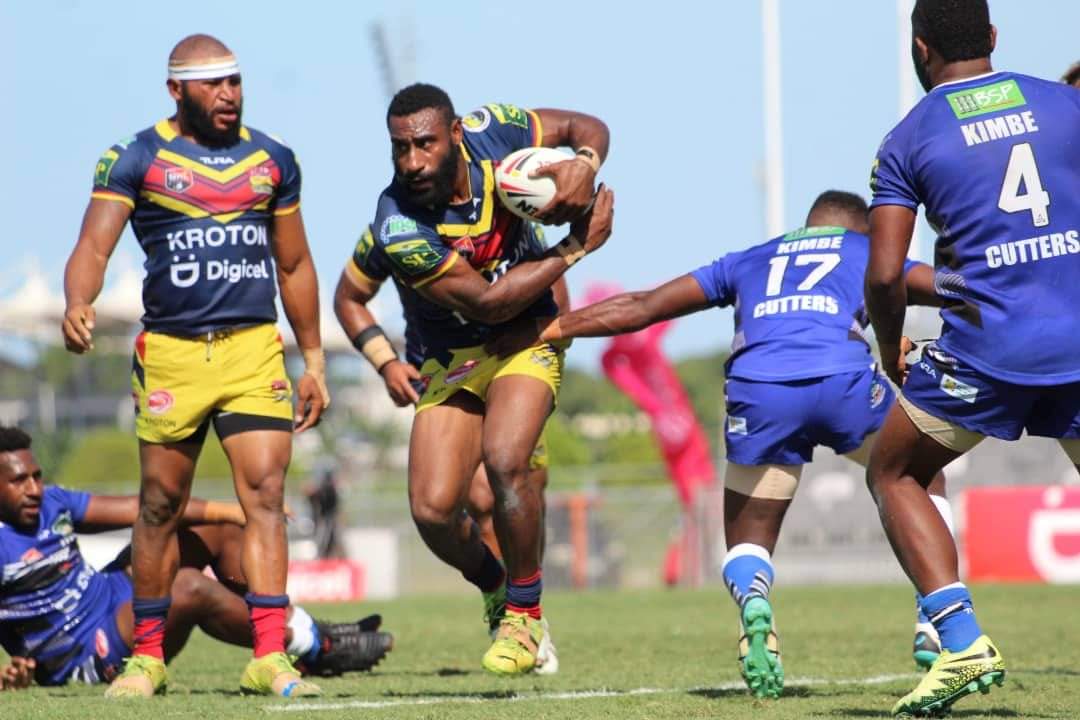 All the results from Round Six of the 2022 2022 PNG National Rugby League Competition, the Digicel Cup.

Rabaul Gurias v Mt Hagen Eagles
The Rabual Gurias have continued their strong start to the 2022 season recording a 26 – 8 win over the visiting Mt Hagen Eagles in Kokopo.

The Gurias, who have only lost one match in 2022, came into Round Six on equal first with the Lae Tigers and Gulf Isou.

In Saturday’s clash in New Britain, the Eagles opened the scoring at Kalabond Oval in the 17th minute to establish a 4 – 0 lead. The Gurias hit back with two tries to Dominic Anis to establish an 8 – 4 lead at halftime, before scoring three tries to one in the second half to seal the victory.

Playing at home, the Lahanis dominated in the second half, taking their slim 18 – 16 lead at Sir Danny Leah Oval and converting it into their biggest win for the season.

The win helps the Wigmen move into the top six whilst the Cutters still chase their first win of the season.