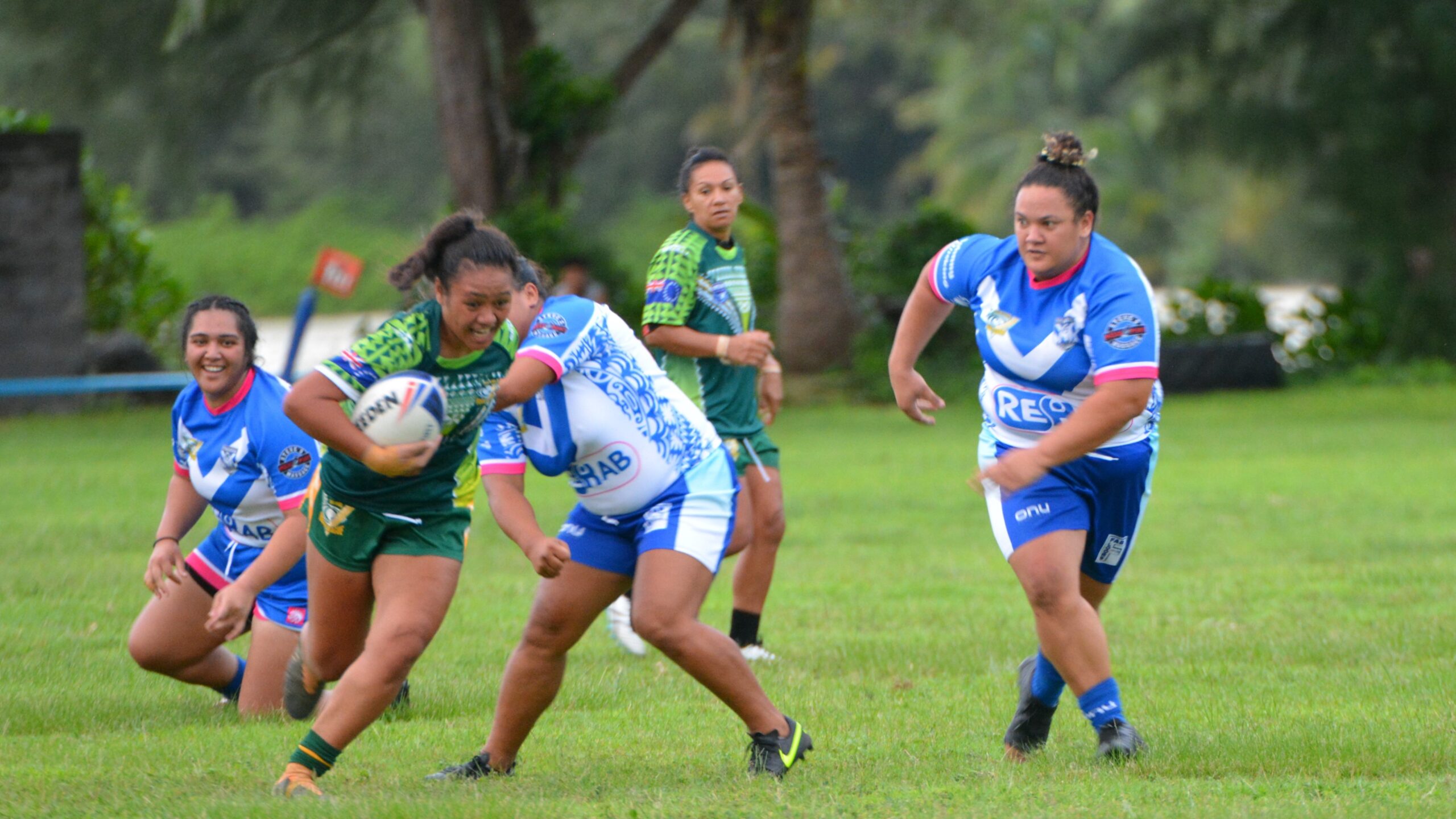 The final of the 2022 Cook Islands Women’s Rugby League Conan’s Cup will take place this Friday at Nukupure Park, with the series locked at one win a piece.

After the Countryside RedBullz dominated the opening game, running out 58 – 0 victors, the Townside Titans recorded a tight 14 – 12 win in the second match to setup the decider.

The Conan’s Cup was initiated by the Cook Islands Rugby League after the domestic Women’s season was cancelled due to COVID. The Cup has been named in honor of the late Collin “Conan” Munokoa.