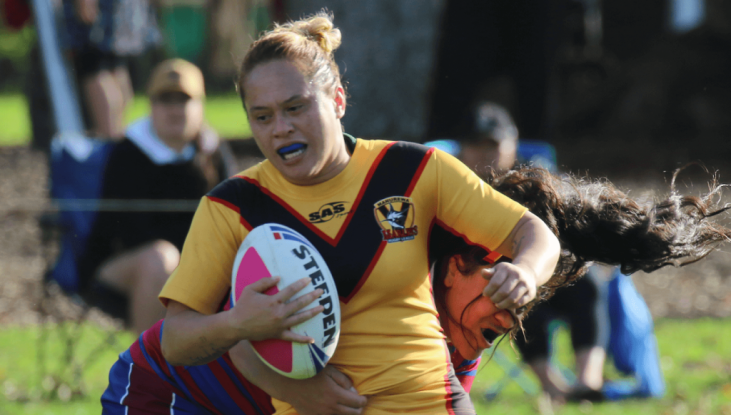 Manurewa have bounced back from their surprise Round Two loss to put on a dominant performance against the visiting Otahuhu Leopards in the Auckland Women’s Premiership.

AUCKLAND WOMEN’S PREMIERSHIP
Richmond 30 – 28 Ponsonby
The Richmond Roses played their game on Saturday ahead of the Fox Memorial clash celebrating club day at Grey Lynn Park. To mark the occasion the side won a thriller over Ponsonby. 2021 Player of the Year, Laishon Albert Jones scored a double in the contest, helping the team go home with the two points.

Howick 32 – 26 Taniwharau
The Howick Hornets secured their first win of the season at home. A gutsy grind from both teams, with injuries limited the number of players available for the Hornets. It was a huge effort from the Howick forwards allowed them to control the game, Taniwharau scored late to draw the final score closer. Fullback Mollie Tagaloa was a standout for the winning team.

Manurewa 46 – 10 Otahuhu
Manurewa took learnings from last week forward to capitalise on the opportunity to get back into the winners column against Otahuhu. The damage was done in the first half as the Wāhine Kowhai pounced out to a 40-nil lead. Taking their foot off the gas allowed for Otahuhu to have some success late, dotting over for two tries in the second period.

Pt Chevalier 40 – 10 Otara
Otara came out strong putting the pressure on the Pirates early in a fairly even matched contest from the first whistle. Pt Chevalier were able to take the control of the game through capitalising on errors as they make it three from three. The Otara Scorpions have shown their strength early in the season and will look to build on this moving into next week against Taniwharau.

AUCKLAND WOMEN’S CHAMPIONSHIP
Manurewa 22 – 22 Manukau
The battle of the south Auckland sides saw it go down to the wire and in the end the two sides could not be separated. The Magpies strong kicking that got them over the line in previous games, proved valuable again as they were able to stay in the game and tie it up late due to the success with the boot.

Glenora 56 – 14 Pukekohe
A spirited performance from a Pukekohe side that only had eleven players, but it was always going to be an uphill battle. The Glenora Valkyries stuck to the basics, allowing them to came out on top, along with impressive performances from Faonelua Hafoka and Alyssa Malamatenios. Defense will be a work on for the side ahead of their clash with Manurewa in round four.