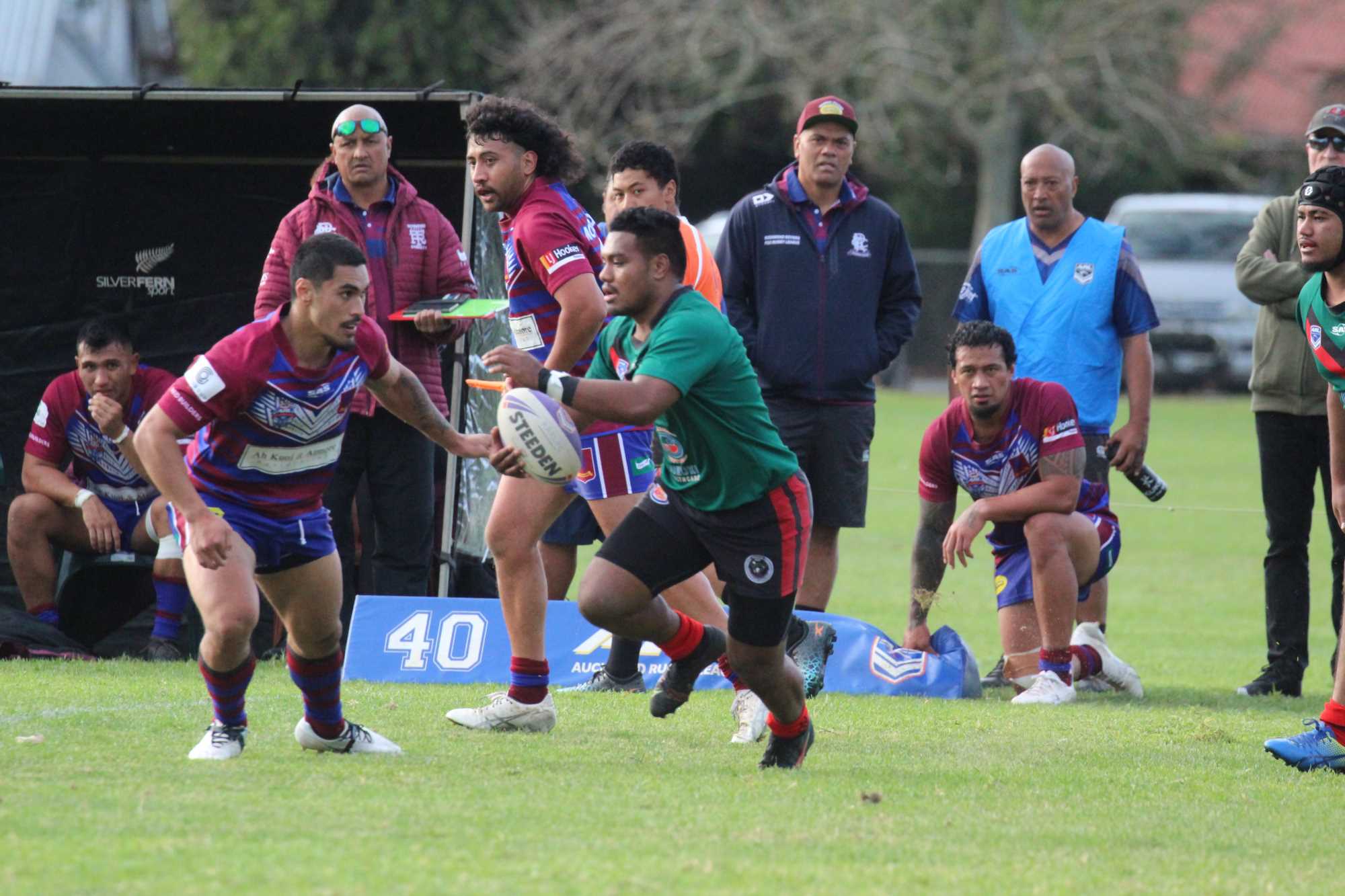 The Richmond Rovers have put on a dominant performance against the Mangere East Hawks at Walter Massey Park.

Richmond 44 – 8 Mangere East
In this weekend’s livestream game, Richmond headed to Walter Massey Park to take on the Mangere East Hawks. Richmond got off to a quick start through Blade Collins-Kamuhemu scoring in the first minute. They continued to put pressure on Mangere East to build a comfortable lead at the break. There was hope of a Hawks comeback with the score sitting at 24-8, but the away side put the game to bed with a few late tries to seal the win. A massive shout out to the under-7 Mangere East Styla Hawks who played a game at half-time of the Premier match.

Pakuranga 34 – 16 Papatoetoe
The Jaguars built on their performance from round one to secure a win against Papatoetoe. The away side had a comfortable advantage allowing them to take the foot off the gas towards fulltime. Papatoetoe made the most of late opportunities but weren’t able to claw back from the deficit.

Glenora 88 – 0 Papakura
The Glenora Bears have put on a show after falling short in a dramatic contest with Otahuhu last weekend. Fullback Wyatt Rangi stood out for the winning time as he dotted over for five tries in the contest. Papakura, who are rebuilding this season will look to put this one behind them and get back into the winners column next week.

Te Atatu 66 – 0 Ponsonby
Te Atatu are putting the rest of Section 2 on notice with a second dominant win in as many weeks. The Roosters had a strong second half to push the score past the half century. Ponsonby re-joined the Auckland competition this season but haven’t been able to get off to the start they wanted and it doesn’t get easier with them facing Richmond in round three. Te Atatu will feature in next week’s livestream game as they face the Otahuhu Leopards at home.

Otahuhu 38 – 20 Marist
The Leopards got out to a quick start with Mavae Manuika snatching an early double. Marist put up a fight but Otahuhu were able to control the game throughout the full eighty and get away with the win.

Bay Roskill 30 – 28 Howick
Bay Roskill have come back to steal a win from Howick in the tightest contest of the weekend. Early on it was try-for-try before Howick built a comfortable lead and looked set to head home with a win. Standout performances from Ezra Vogel and Josh Tanielu, along with captain Shaun Tempest, led the Vikings to take the lead and hold on with less than ten minutes to go.

Mt Albert 30 – 22 Northcote
Mt Albert and Northcote faced off at Birkenhead War Memorial for the Zae Wallace Memorial Cup. The Lions were bolstered by the return of Eiden Ackland who had been overseas with the Manly Sea Eagles. A game of two halves as Mt Albert got out to a 30-6 lead at halftime before letting Northcote back into the game. Ackland’s return, along with Kristian Petty and Isaiah Vagana putting in good shifts, helped the Lions get their first win of the season.

Pt Chevalier 38 – 10 Otara
Otara faced a tough challenge matching up against the Pirates in their face game of the season after having the bye in round one. The Scorpions and Pirates were evenly matched in the first half before the men from Pt Chevalier ran away in the second half to secure a comfortable win.

Hibiscus Coast 30 – 24 Manurewa
Manurewa continue to show promise as they fall short a second week in a row. The boys from Hibiscus Coast who travelled the length of Auckland with this away match were able to re-group after the Marlins got out to an early lead. Korey Craig grabbed a hat-trick as the Raiders fought back and took control of the game. The home side brought hopes of re-gaining the lead, but left it too late to get the job done.