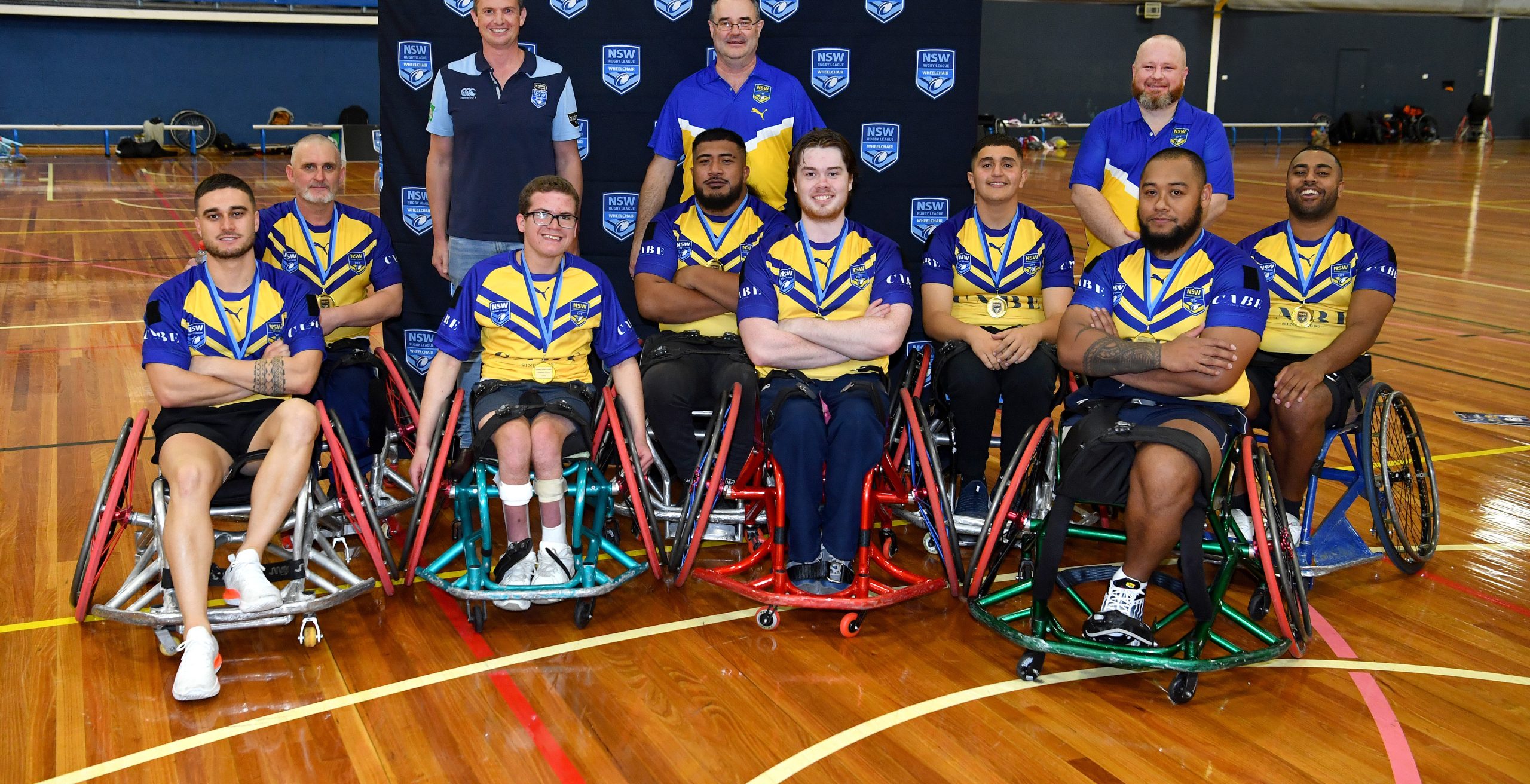 City have claimed victory in the 2022 Wheelchair Rugby League clash, defeating Country 30-26 in a high-scoring shootout at Niagara Park Stadium on the Central Coast.

It was a seesawing contest from the opening whistle, with a late Liam Lough try securing the win for his side.

Within a minute City found themselves right on the attack after causing an error from the kick-off.

City edged closer to the line when they earned a penalty, then a few moments later William Derederenalagi forced his way to the goal-line and kept hold of possession to score after being tipped. Craig Cannane had no trouble adding the extras.

Cannane soon added a try of his own at the nine-minute mark before converting from in front of the posts for 12-0 buffer.

The next 10 minutes was all Country as they produced two four-pointers to lock up the scores. Zac Carl scored the first of those by steaming onto a great line for his try.

The second ame through Toby Popple in the left corner after some brilliant leadup play from Rick Engles, sweeping from his preferred right to left before laying on an offload for Popple to score. Brett Henman converted both tries from out wide.

City pushed the lead further when Derederenalagi caught the ball with room to move on the end of a right edge shift and dotted down in the corner.

Yet just when City hoped to take a six-point advantage to the break, Country responded again with a well-deserved try to Engles in the 40th minute, this time back on the right side.

Henman nailed his third conversion to tie the scores 18-all at the half.

The second half started slower than the first as the score-line remained locked up for over 10 minutes. Someone needed to break the game open and Engles obliged.

After Engles made a try-saving effort on Liam Lough just shy of the line, Lough threw the following pass to ground as Engles scooped up the ball at speed and raced two thirds of the field to score.

City then hit back with a long range effort as Jessie Mowczan snatched a long ball from overhead and found open space all the way to the try-line. City still remained behind with less than 20 minutes left as Cannane was unable to convert.

The deficit didn’t last long once City was awarded a penalty with Henman electing for the successful shot at goal. Country would quickly work their way into scoring distance before drawing a penalty and edging back in front with two more points.

City weren’t done yet as Lough’s big moment came after 70 minutes of play. From 15 metres out he spotted a gap and veered to his right, finding a clear path to score under the posts before Cannane brought the score to 30-26.

It remained the final score in what was an entertaining clash to round out the opening day of 2022 Country v City.

Derederenalagi’s two-try effort earned him Player of the Match honours for the afternoon.