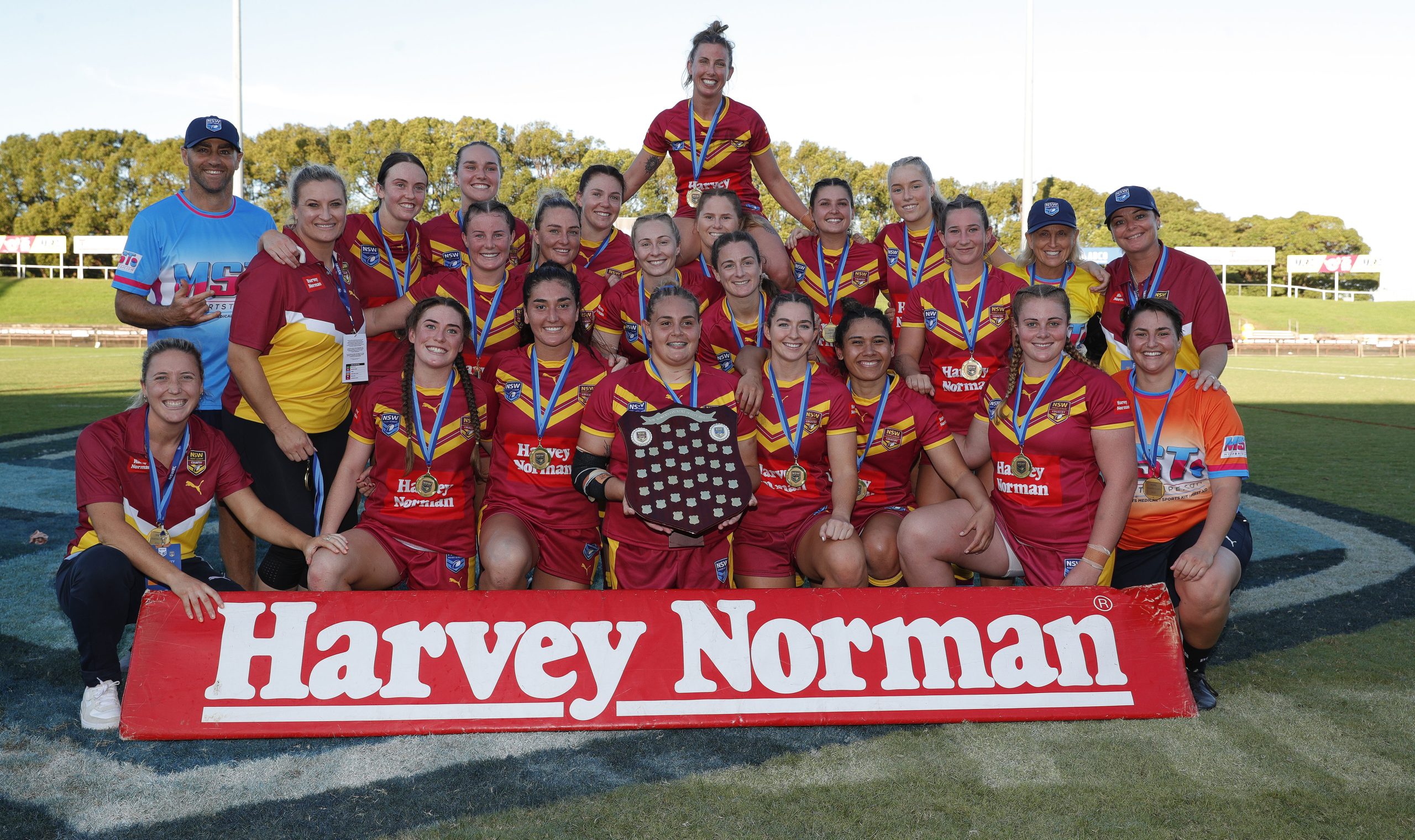 In the initial exchanges the two sides battled for the territorial advantage, with a few scoring chances on both ends.

It wasn’t until 12 minutes into the contest when first points were taken by the City side to lead 4-0.

On last tackle in the attacking 20-metre zone, halfback Maddie Studdon put up a pinpoint kick to the left corner, landing into the arms of centre Andie Robinson for the try. Studdon followed up with a sideline conversion to improve the margin to six.

Not long after the ensuing kick-off Country made an error in their own half, yet managed to withhold City from extending the lead after losing the ball close to the line.

From that point the arm wrestle continued, although it was the Country side who had the greater share of possession for the remainder of the half.

For the best part of 20 minutes the goal-line defence of City showed plenty of steel despite Country’s best efforts to cross the stripe.

It then came down to the final minute of the half to give Country their last opportunity to score before the break, just metres from the try line.

Ruan Sims’ side made the most of that chance at the stroke of halftime when back-rower Vanessa Foliaki crashed over under the sticks, before Kirra Dibb added the extras.

The try was just rewards for the Country forward pack who had started to gain the upper hand in the middle of the park.

Country carried their momentum into the second half, and front-rower and captain Caitlin Johnston – only a few games back from an elbow injury – led the way with plenty of strong carries.

Johnston, the eventual Player of the Match for her strong performance, was soon rewarded in the 48th minute when the maroon and gold were back on the attack, charging onto the ball from close range and slamming it down beside the uprights to score. Melanie Howard converted to bring the score to 12-6.

Two minutes later City looked to have scored when No.9 Renee Targett burrowed over the line on the fifth tackle, only to be caught short leading to a turnover.

It made the task harder for City and Country worked their way upfield before drawing a penalty, which ultimately resulted in two more points through Howard to extend the margin beyond a converted try.

City had a few more attacking raids before the final whistle but Country pulled out all the stops keep them at bay, earning the 14-6 win.

“I couldn’t be more proud of us,” Johnston said post-match.

“We worked all week for what we wanted to get out of this game, which was a win, and it definitely showed to the end.

“I want to thank our staff as well for an incredible week.”