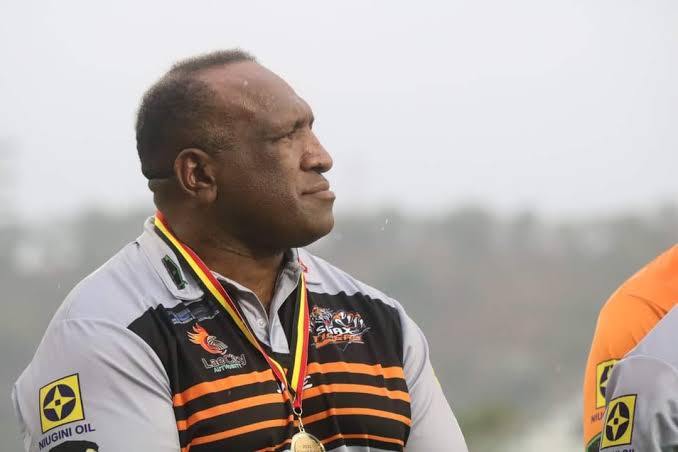 Papua New Guinea Rugby Football League Chief Executive Officer Mr Stanley Hondina made the announcement today and said that PNGRFL wanted to build on the success of the Kumuls over the last few years, and Coach Stanley Tepend who has served as assistant coach to Michael Marum over the last six years has the experience and qualifications to provide that continued growth and stability for the team.

“We congratulate Stanley Tepend, he’s worked hard and built an impressive coaching career making him a well-respected coach in Papua New Guinea. We are confident that he will build on the success of the national team,” Mr Hondina said.

Mr Tepend is a premiership winning coach in the PNG National Competition, the Digicel Cup, having won 6 premierships with the Lae Snax Tigers and is currently the Assistant Coach of the PNG Hunters in the Hostplus Cup.

The PNGRFL also confirmed the appointment of NRL premiership winning Coach, Mr Shane Flanagan as the Kumuls’ Coaching Consultant to assist Coach Stanley and the PNG LNG Kumuls in their preparations and participation at the 2021 Rugby league World Cup in England later this year. Shane Flanagan is currently the Assistant Coach at the St George Illawarra Dragons.

He further added Flanagan brings with him that elite level NRL experience and expertise, to assist Coach Stanley and the team and this gives confidence to the PNGRFL and supporters of the game in PNG that the team will be well prepared.

“There’s been a bit of delay since Michael left to today, as there were lot of moving parts and we have had to work proactively in line with our plans and requirements to identify the right candidate that ticked all the necessary boxes before the decision and announcement, and that included wider stakeholder consultations that has taken a bit of time.”

He went on to thank both Coach Stanley and Shane Flanagan for accepting the offers and their willingness to work, the passion and the support that they have shown and committed through the interview process and in the discussions that were held with them.

Tepend who holds a Level 2 coaching qualification is humbled by the appointment for the top coaching job.

“A lot has happened over the last few months. Being part of the coaching staff at the Hunters was a highlight for me, to have been given the opportunity to assist and also learn as well at this level,” he said..

“Now to be given this opportunity, I am really humbled and thank the Lord for His timing and allowing this to happen. I am excited to take this challenge and I am grateful to Coach Michael for initially having me as part of his Kumuls staff over the last 6 years, and my journey to have some success with the team will always stay with me. Now I look forward to carrying that on as Coach,” Tepend said.

Flanagan was excited when given the news of his appointment as Coaching Director and is looking forward to the task ahead of him.

“I’m really excited about it, I think I can help the PNG team, there’s a test match in Fiji soon

leading into the World Cup, and I’m there to help and give advice. PNG have a got a good

footy team and I know how passionate PNG people are about rugby league in general, so I’m

really excited about being involved in all of that,” Flanagan said when contacted today.

Both Coach Tepend and Shane Flanagan’s contracts as Kumuls Head Coach and Coaching Consultant respectively are for 8 months and will end on the 31st of December 2022.