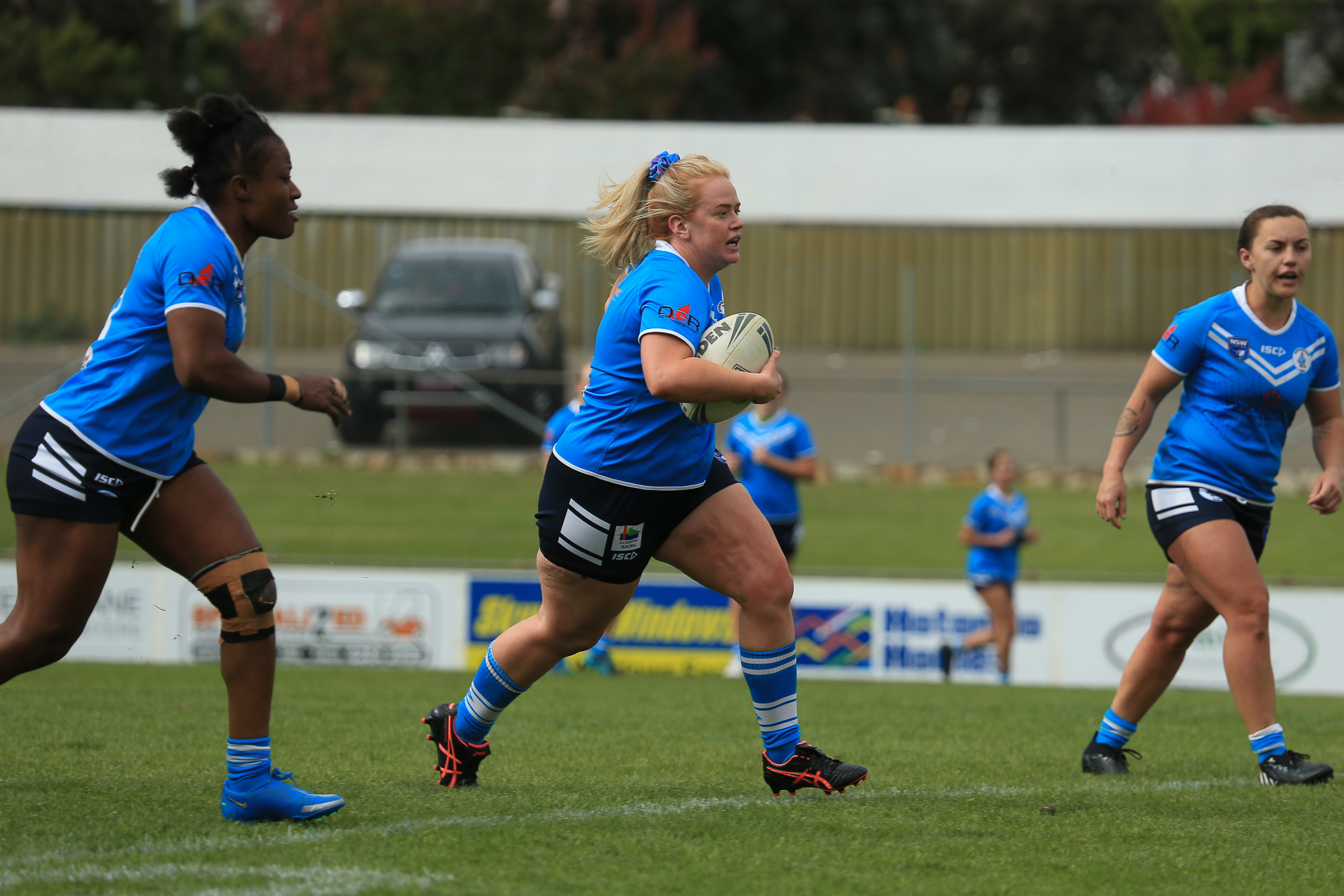 In a spectacular attacking performance, the Rams ran in nine tries with forwards Irene Macarthuar and Shaenice Allan scoring two tries each in the dominant win.

It didn’t take long for Woden Valley to hit the scoreboard with Amelia Kiriui crashing over under the posts to score the first four pointer. It was quickly followed up by two more Rams’ tries in the opening ten minutes, extending their lead to 16-0.

Harden struggled to stop the relentless momentum of the Rams throughout the rest of the first half with Woden Valley going into the break 32 points ahead.

Similarly to the start of the first 30 minutes, the Rams ran in three tries in the opening minutes of the second half to secure the 46-0 win.

Yass Magpies 42 d Tuggeranong Bushrangers 0
The Magpies have also started the season undefeated through the opening two rounds, with a convincing 42-point thrashing of the Bushrangers at Walker Park.

It was a tight game for the first 15 minutes until Tajana Zdravevska broke through the Tuggeranong defensive line and showed her pace, running 50 metres to score in the 18th minute.

Yass scored another try before halftime to take a 10-0 lead into the break.

But the Magpies put the Bushrangers away in the second half scoring 32 unanswered points to put themselves equal first atop the competition ladder.

Yass will enjoy the week off, as they will have the bye round this weekend. Their next game will be against the Boomanulla Raiders in round four of the Katrina Fanning Shield.

The Blues’ settler defence and ability to keep South Coast to zero points has kept them as the only team through two rounds to not have conceded any points.

It wasn’t an ideal start for the visiting side, knocking it on off the kick-off to invite Queanbeyan down into their end. The Blues took no time at all to register their first points, scoring straight off the scrum.

The Blues continued their dominance throughout the rest of the first half, scoring four tries and taking a 18-0 lead into the break.

It was much of the same in the second half, with the Blues stretching their lead out beyond four converted tries to secure the win and hold first place going into round three.

UC Stars 30 d Boomanulla Raiders 6
The UC Stars have registered their first win of the season with a 30-6 victory over Boomanulla at Raiders Belconnen on Saturday.

After a narrow loss against South Coast in round one, the Stars responded in stunning fashion with a 24-point win to jump into the top four.

This capped off a great ‘ladies day’ at Raiders Belconnen with the UC Stars George Tooke Shield side wracking up a huge 46-4 win over Boomanulla too.

The UC Stars will look to continue their win streak, when they take on the red-hot Queanbeyan Blues this Saturday in the Katrina Fanning Shield ‘Magic Round.’