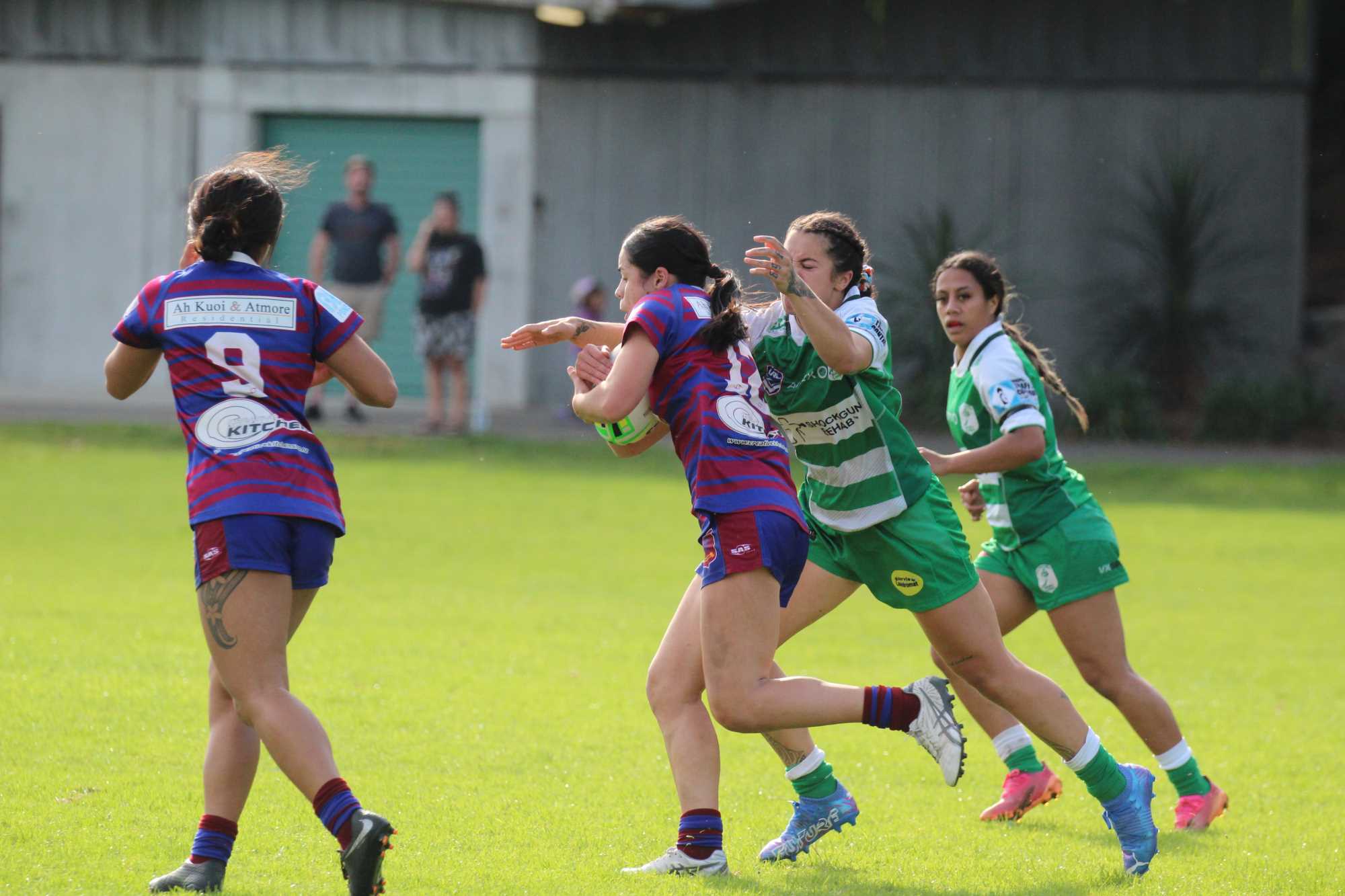 Results from the opening weekend of the Auckland Women’s Premierships and Championship competitions.

AUCKLAND WOMEN’S PREMIERSHIP
Pt Chevalier 24 – 16 Richmond
In a rematch of last year’s semi-final, this was a classic game of two halves at Grey Lynn Park. Madison Bartlett opened the scoring and Pt Chevalier took the opportunities created from powerful line breaks in the following sets to get out to a double-digit lead. Richmond came bouncing back throughout the second half to set up an exciting contest towards the end before Katelyn Vaha’akolo scored a runaway try around the outside to secure the opening round win for the defending champs.

Ponsonby 34 – 16 Howick
Ponsonby have started the season with a strong win over Howick. Ponsonby controlled the game well in the first half through their player of the day Contessa Wright, as well as Tanika Jazz. It was their defensive efforts that allowed them to secure a victory, letting in two late tries after the game was out of reach.

Taniwharau 44 – 6 Otahuhu
A strong start for Taniwharau’s premiership campaign with a big win over the newly reformed Otahuhu Women’s Premier team. The Waikato side are a side with something to prove being in the top Auckland competition this season. Nadia Flavell helped the team take two points home, scoring four tries in the contest.

Manurewa (Kowhai) 20 – 20 Otara
The two south Auckland sides couldn’t be separated with both teams being pushed to their limits. Mackenzie Wiki was a stand-out for Manurewa, scoring twice in this matchup. The Marlins were sprinkled with young talent on debut who proved their worth throughout the eighty minutes.

AUCKLAND WOMEN’S CHAMPIONSHIP
Manukau 30 – 28 Marist
An opening round thriller at Murray Halberg Park saw Manukau get a win away from home. A tough game for both sides as the Magpies lost three players early and the opposing teams went try for try throughout the contest. A converted try from Christina Magele Mariner made it a two point game with five minutes to go, but the Manukau defence held strong to hold on. The debutants and young players had impressive performances for the Magpies and helped get the job down against a tough young Marist side.

Manurewa (Whero) 50 – 8 Pukekohe
In the first game of a Sunday double-header, the Manurewa Marlins Whero started the season on the right foot with a strong win over the Pythons. Stand out performances came from Manurewa debutant Carnetra Nathan who was outstanding on both attack and defence, and Ocean Tierney who played well for Pukekohe. Try-scorers included a hat-trick from Alexis Thompson and a double from Kaylen Ikitule who made her return from injury after a year off.