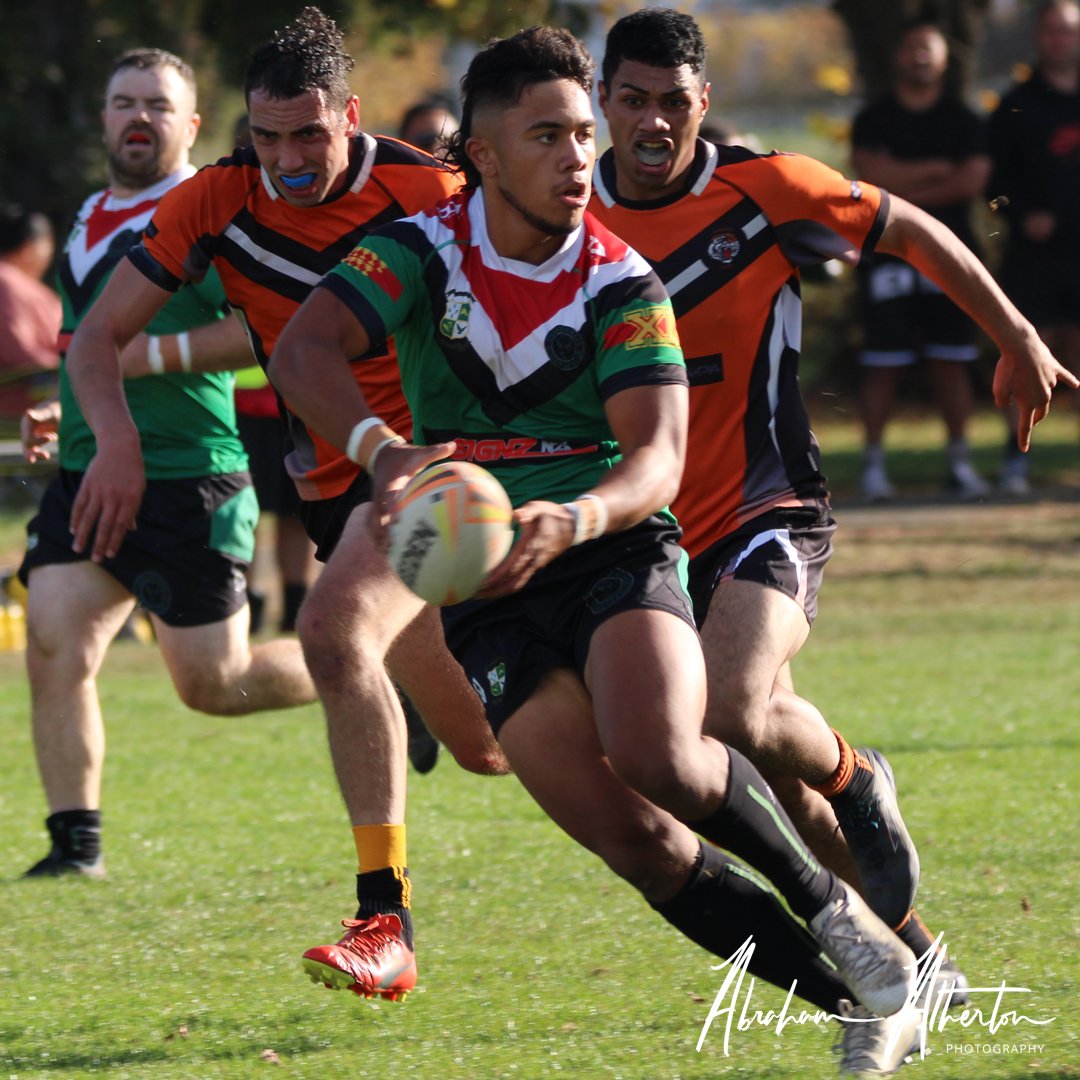 Linwood Keas brought up a ton, Halswell Hornets and Northern Bulldogs chalked up important wins, and Eastern Eagles consigned defending champs Hornby Panthers to a 0-3 start in Round 3 of the 2022 Bartercard CRL Men’s Premiership.

The Keas overwhelmed Papanui Tigers 102-0 at Linwood Park, running in 20 tries against a rebuilding visiting team that played with plenty of heart despite the lopsided scoreline.

Six tries in the first 19 minutes set the tone as Linwood powered to a 56-0 halftime lead. Canterbury Bulls forward Kyle Amer scored four tries, while winger Maka Mohi finished with a hat-trick. The Keas are the only unbeaten team remaining in the Massetti Cup.

Eastern backed up last week’s 40-point win over Celebration with an 18-8 victory of Hornby at Leslie Park.

A hard-fought first half ended at 4-all, while the Eagles held a slender two-point lead with 15 minutes left before sealing a momentous result with a pair of late four-pointers – including centre Pio Ioane’s third of the afternoon.

The Panthers have endured a tough start to their title defence, one of only two teams without a win after three rounds following losses to the Bulldogs and Keas in the opening fortnight of the competition.

Northern bounced back from last week’s defeat at Riccarton by holding off Celebration 16-10 at Cuthberts Green.

The Bulldogs led 10-0 courtesy of two tries to veteran forward Ross Turi and restored their 10-point advantage when Tyler Tirikatene scored 10 minutes into the second half, but the Lions repeatedly clawed their way back into the contest.

The Hornets overcame a slow start to carve out an emphatic 36-10 win over the Knights at Crosbie Park.

The Knights raced to a 10-0 lead after early tries to evergreen Justin Lynch and Jeremy Green. But the Hornets clicked into gear after opening their account through Nick Evans in the 26th minute.

The visitors scored the last six tries of the match, including a second-half double to fullback Jacob Nyman.

The Hornets, Bulldogs and Eagles are all tied for second spot on the premiership ladder with two wins from three outings.