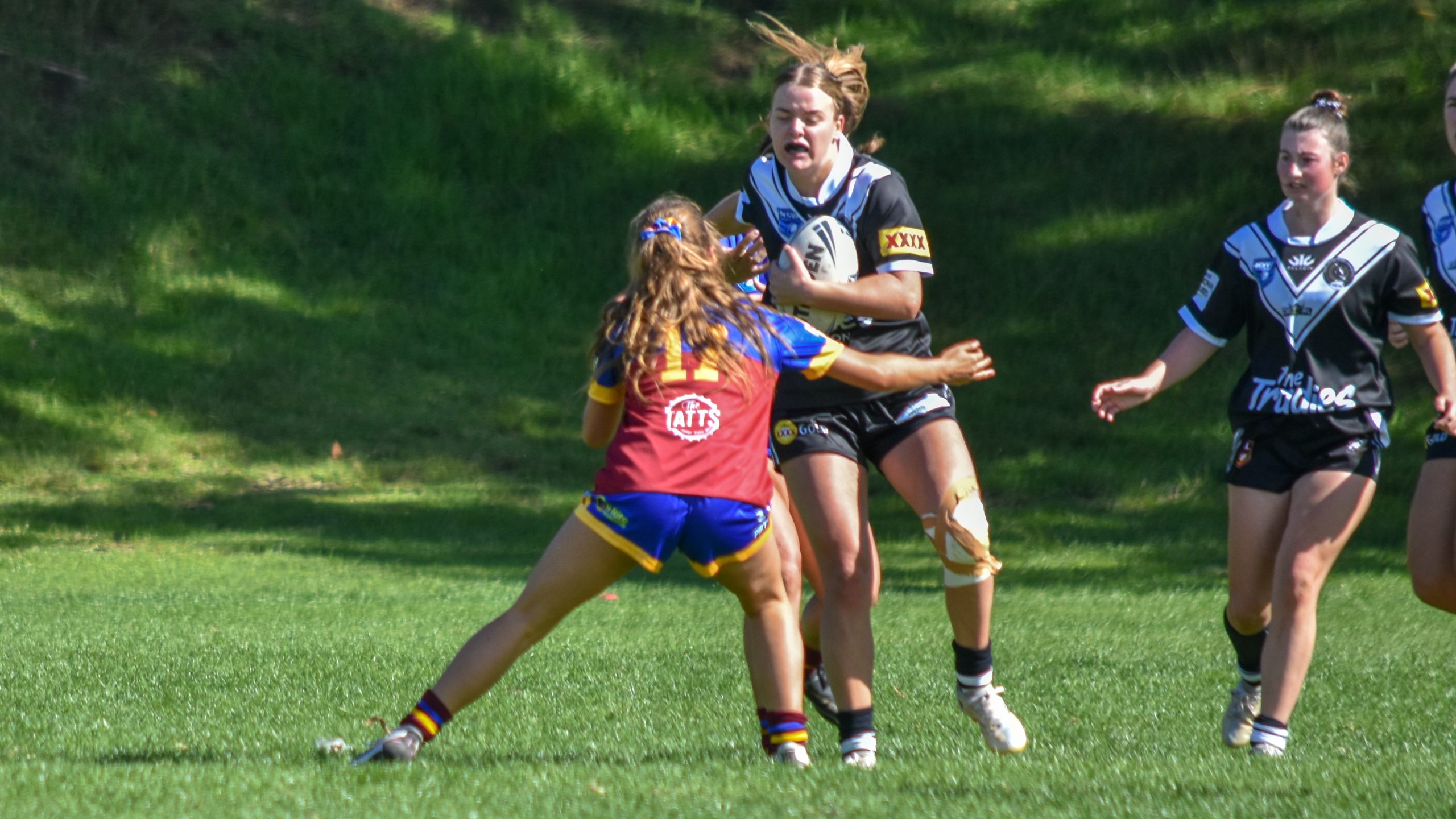 The Katrina Fanning Shield competition kicked off over the weekend, with the Magpies, Blues, Rams and South Coast all collecting wins to kickstart their seasons.

The Rams jumped out to an early 24-0 lead over the Bushies, where their forward pack dominated the middle and their outside backs played off the back of it.

The Bushrangers came out of the sheds firing, scoring two tries in under seven minutes and looked to spark a second-half comeback.

Although, Rams five-eighth Zali Waihape put the game out of reach when she took on the line and threw a beautiful cut-out to Grace Faapoi who crossed over in the corner to take a comfortable 14 point win.

The Rams will face the Harden Worhawks this Saturday morning and the Bushrangers will travel to Yass to take on the reigning minor-premiers.

Queanbeyan Blues 44 def Harden Worhawks 0
The Blues, who finished in the top three last season, have begun their 2022 KFS campaign in perfect fashion, piling on 44 points and holding Harden to zero points.

The Blues will play their first game back at their home of Seiffert Oval against the new South Coast United side this weekend.

The Worhawks will look to bounce back when they travel to Phillip Oval to take on the red-hot Rams this Saturday morning.

Yass came out of the gates flying, scoring 16 unanswered points to begin the contest in the same amount of minutes.

Goulburn were able to hit back through some individual brilliance from fullback Krystal Blackwell and backrower Elly Hazelton to enter the sheds only down 16-12 at halftime.

Yass will play another game at their beloved Walker Oval against the Bushrangers and the Goulburn City Bulldogs will have the week off with the bye round.

This is an incredible feat for the new side, winning their first competition match in-front of their home fans of Mackay Park, Batemans Bay.

Emma Stammers and Bree-Anne Morton both crossed the line for tries and were able to hold UC scoreless.

Unfortunately, the match was called off early due to an injury.

The UC Stars will host the Boomanulla Raiders, who are fresh off a bye round to begin the season.

The South Coast side will tackle their first away trip when they take on the Queanbeyan Blues this weekend.