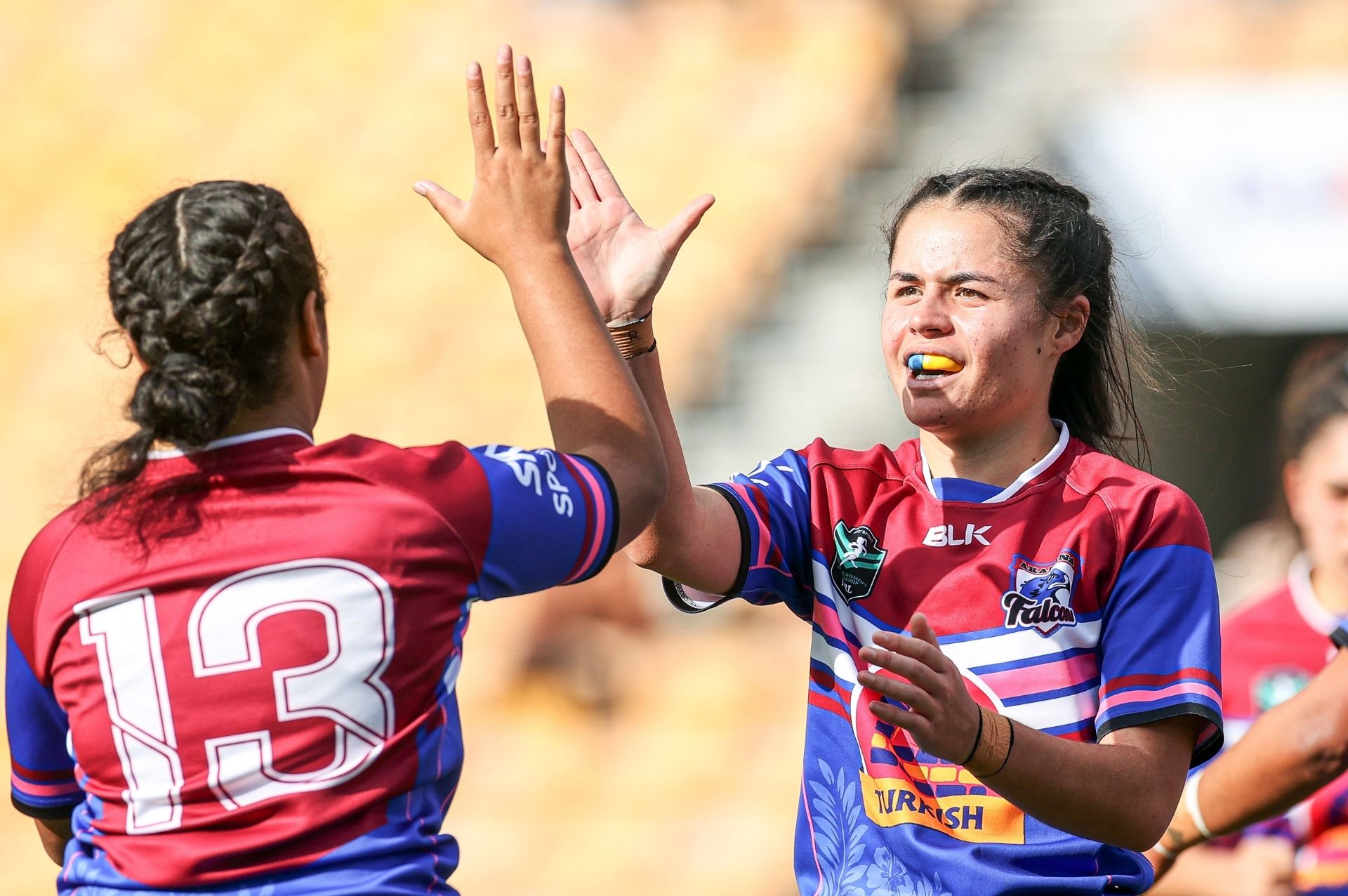 Akarana has won their first Sky Sport Women’s Premiership title in 11 years with an upset 24-12 victory over Counties Manukau.

Both teams went back and forth in the early stages, although back-to-back errors put Akarana on the Stingray’s line. The Falcons, however, could not convert this position into points as the Counties line held firm for multiple sets.

Counties marched down the field off the back of that stifling defence, and a right-side shift saw centre Abigail Roache open the scoring, punishing a retreating falcons defence. The score remained four points to nil after Mikayla Eli was unable to covert.

Twenty minutes in, front-rower Harata Butler showed her class and experience, forcing a mistake and crashing over the Counties line to level up the scores. Tatiana Finau put over the conversion as the blue outfit took the lead, 6-4.

Counties instantly hit back following an Akarana error. After marching down the field, a Stingrays shift to the left edge saw winger Pahu Kani cross over for her first of the afternoon. Mikayla Eli was again unable to add the extras. The Stingrays added another four-pointer as winger Alexandrea Kiriwi went through in the right corner as Counties Manukau took a 12-6 lead into the break.

Akarana struck first after half-time as competition MVP Laishon Albert-Jones showed her ability as she played a short-ball to back-rower Kaiya Atai, who crashed over and closed the gap to two points. The Falcons followed that up with another try as Tatiana Finau grabbed her second after playing to the left side as they took their first lead of the final.

The Falcons scored their third unanswered try as fullback Lavinia Tauhalaliku was again involved, breaking a tackle and setting up Rowena Meleisea in the right corner to extend their lead to 18-12. With five minutes remaining, Falcons Hooker Capri Paekau punished the retreating defence of the Stingrays as she scooted from dummy-half and went 40 metres to all but secure their first premiership title in 11 years.