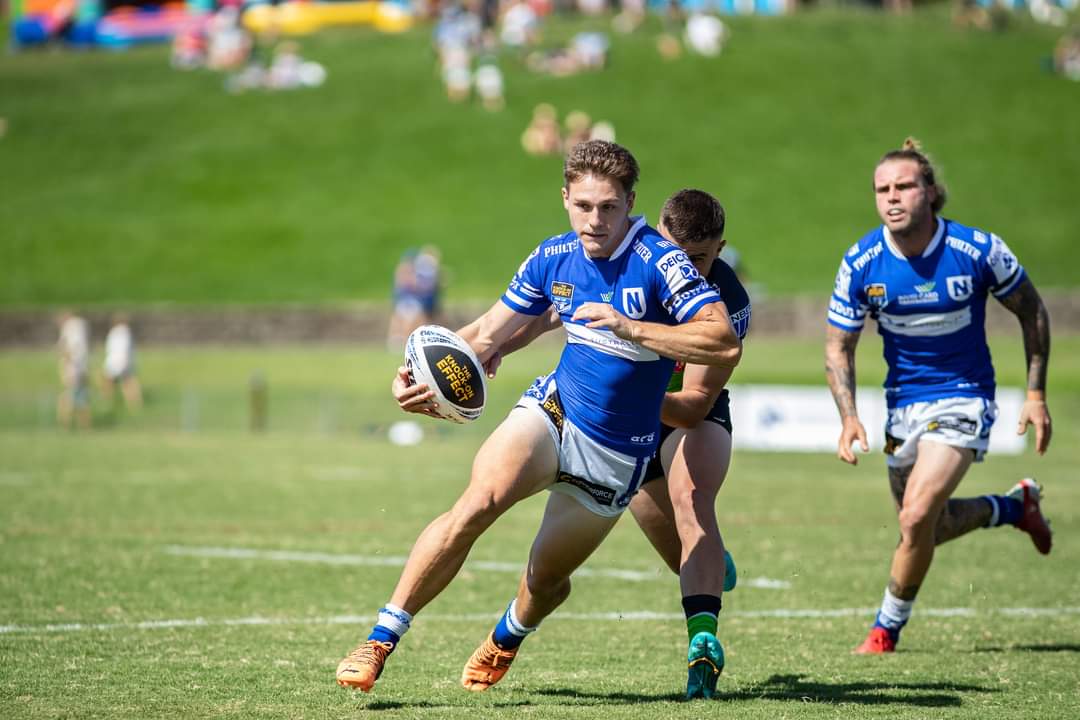 Newtown Jets remain undefeated after five rounds with a convincing victory over Western Suburbs Magpies. Addison Demetriou scored a hattrick in a brilliant display to help his side to a 40-10 win at Henson Park.

It was the home side who opened the scoring through a barging Reubenn Rennie, who was able to power his way over the line for his third try in just as many games.

The Jets found themselves in good field position again after a successful 40/20 attempt by Braydon Trindall. This allowed for centre Addison Demetriou to add his name to the scoresheet, bursting through a hole in the opposition defence to double his side’s lead.

The Magpies were able to respond before the end of the first half through Junior Pauga, who dived on a loose ball from a grubber to score in the corner. An unsuccessful conversion attempt meant the Magpies went into the sheds trailing by eight.

It didn’t take long for the second half scoring to kick off with Jets fullback Kade Dykes showcasing his speed and agility, exploding through the line and getting around his opposition number to score between the posts.

The Jets went back-to-back again, this time scoring through Tyla Tamou who dived in the corner to extend the lead to 22-4.

The away side refused to give up, capitalising on a golden opportunity in the Jets red zone through Junior Tupou. Halfback Ben Stevanovic converted from the sideline to cut the margin to two converted tries.

Two more tries to the Jets through Addison Demetriou, scoring his second of the match, and through the ever-present Braydon Trindall further extended the Jets lead, before Demetriou completed his hattrick and sealed his team’s 40-10 victory at Henson Park.