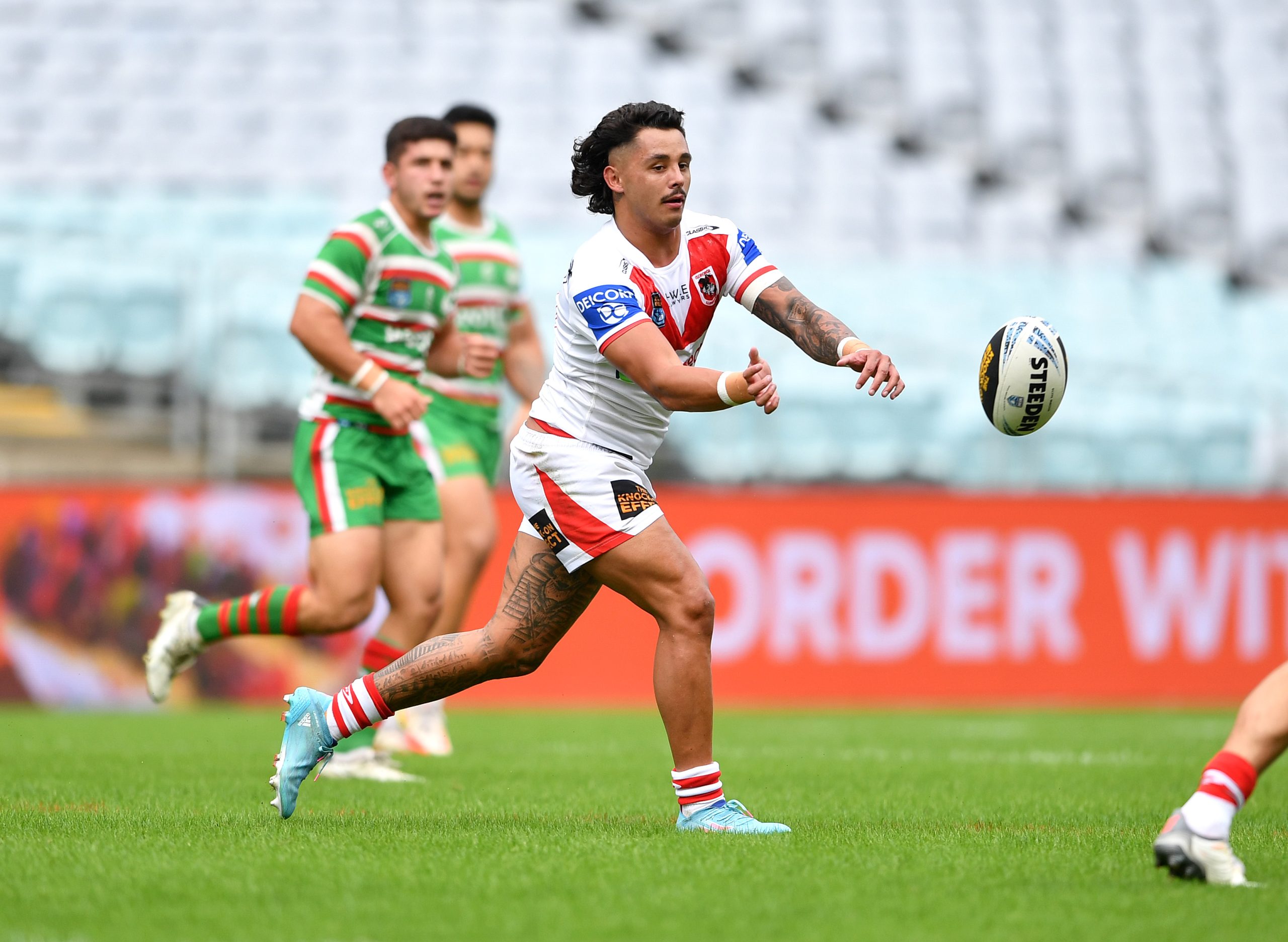 Dragons get first win of the NSW Cup season

St George Illawarra Dragons have withstood a late comeback from South Sydney Rabbitohs to post their first victory in The Knock-On Effect NSW Cup in 2022, winning 30-26.

Having suffered four heavy defeats to start off the year, the Red V were in need of some confidence and this win will be sure to provide that.

After dropping down from first grade this week, Jack Gosiewski was ready to show his worth and he did just that with a double to kick his side out to a 12-0 lead.

An intercept by Tautau Moga helped send Jonathon Reuben on his way for a try to set up an 18-0 half-time margin. Souths were fast out of the blocks in the second half with gun centre Isaiah Tass finding the line within just two minutes after play resumed.

The Dragons were out to quash any sort of comeback when Daniel Alvaro crashed over just two minutes later, before some individual brilliance by Tyrell Sloan set up Alexander Lobb establishing a 30-4 lead.

The Rabbitohs weren’t out of the game and they set out to break the Dragons hearts’. The away side were guilty of some questionable goal-line defence as Souths posted three tries within seven minutes, with Trent Peoples bagging a double and Josiah Karapani picking up a four-pointer.

Despite a last minute try to Maila Chan-Foon, the Dragons would hold on for a crucial and well-deserved victory.