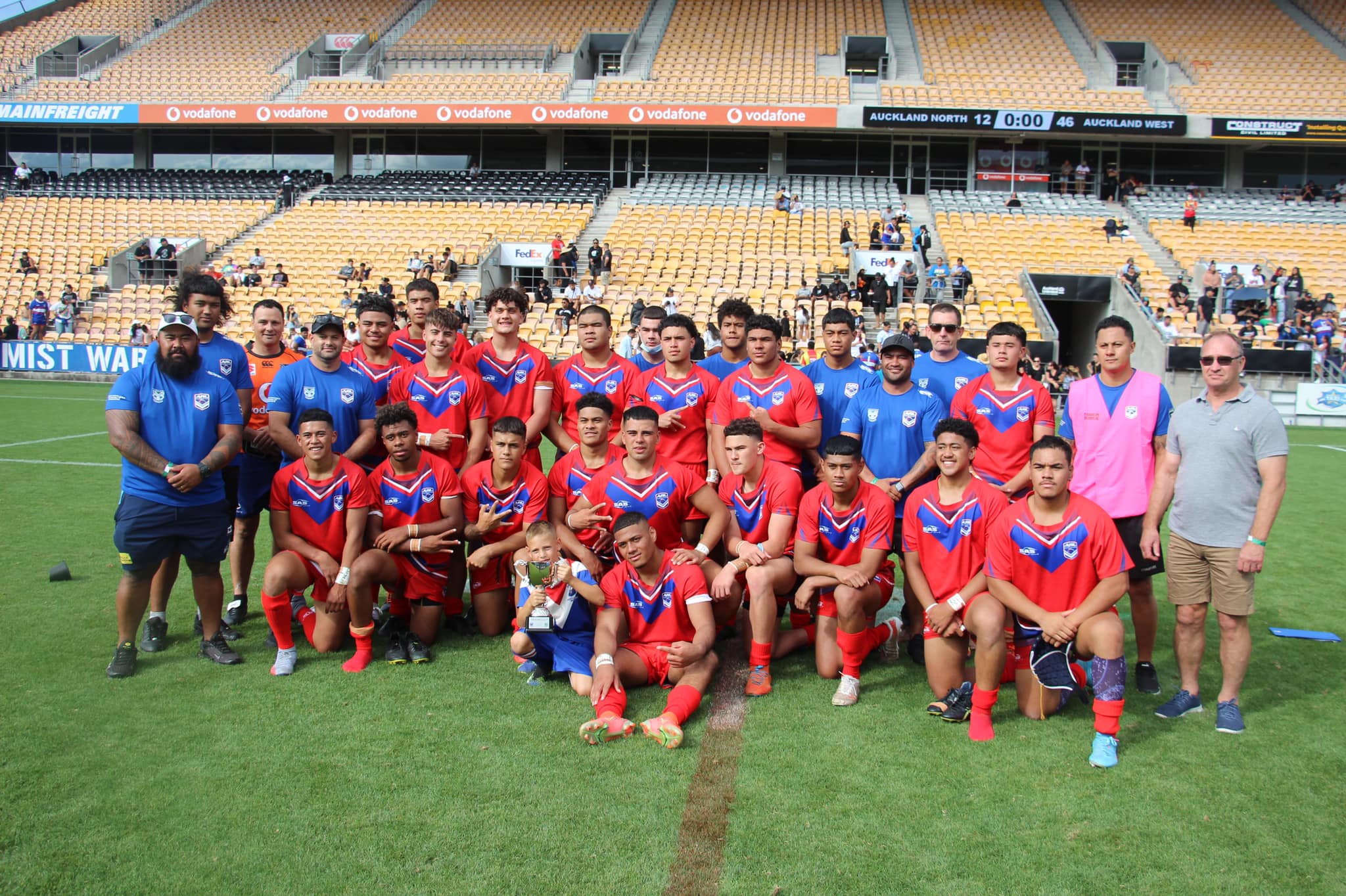 The second Grand Final started off as a very tight contest with no points being scored in the first fifteen minutes. Tāmaki ki te Uru (West) eventually got the first points on the board taking the two from a penalty close to the posts. Not long after, last week’s standout Xavier Tito-Harris continued his try-scoring ways cutting through the defensive line and scoring under the posts.

A strong carry from Axel-Ray Fine-Sietu got the North back into the game, getting a try and bringing the score to 8-6 heading back into the sheds. In the second half, West came out with a point to prove, starting with Shaye Faa’Aoga scoring in the corner, in front of his passionate support crew.

A Tito-Harris line break put Selumiela Halasima over to extend the lead. A clean line break off the scrum by the North fullback, William Piliu saw the potential for a comeback, but the strong Uru side were quick to close the door on that opportunity.

Tries from Jacob David Auloa, Raphael Sio, Xavier Tito-Harris, Selumiela Halasima and Sio Kali for Uru put the game well out of the reach of Raki as they run away with a 46-12 victory.

After the match, New Zealand Warrior number one Dean Bell gave a speech to the players from both sides and presented the U18 West co-captains with the Dean Bell Cup.