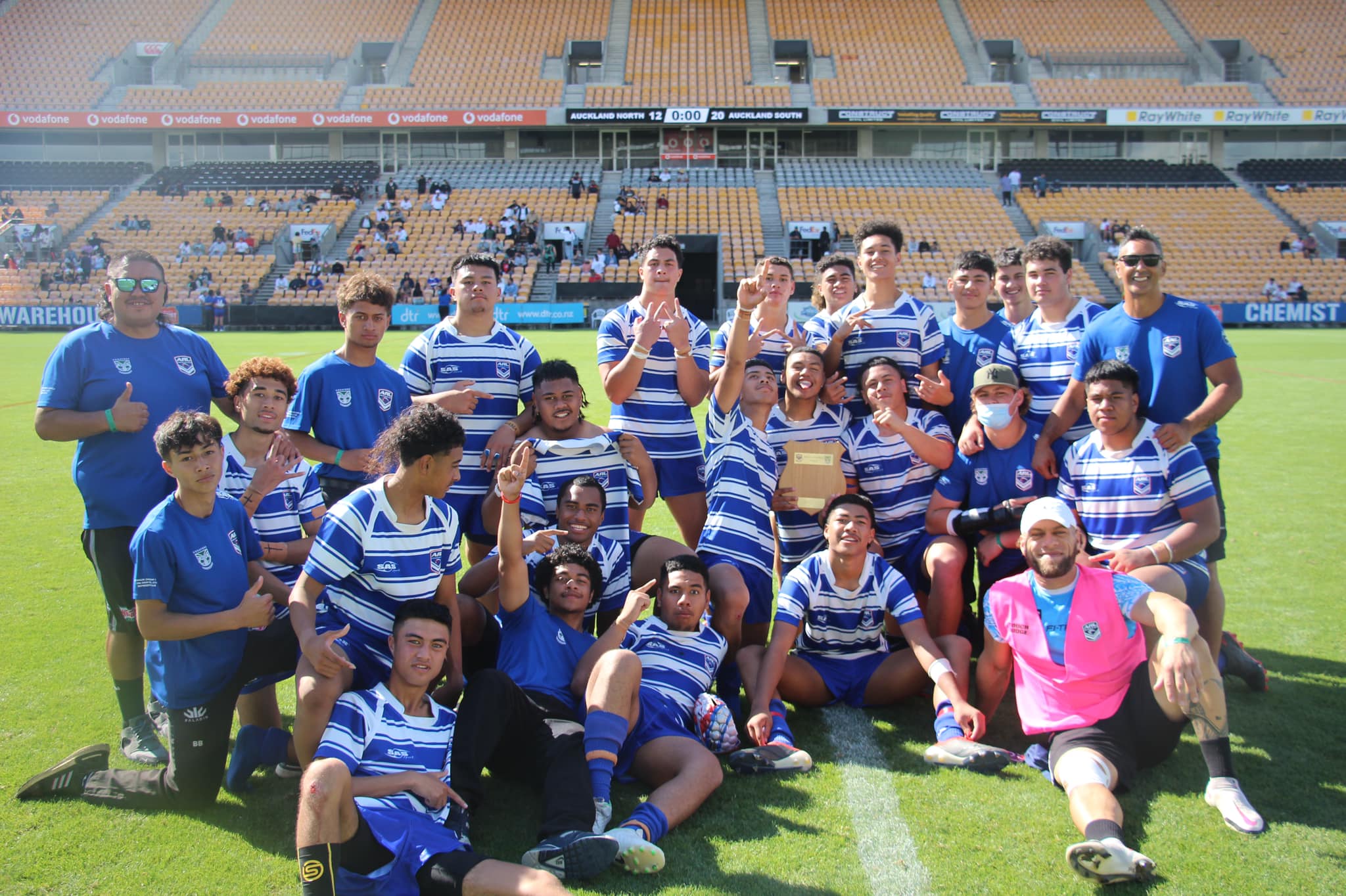 The U16 Shaun Johnson Shield Grand Final put the two undefeated sides of Tāmaki ki te Tonga (South) and Tāmaki ki te Raki (North) against one another. Auckland South dominated and controlled the game early, eventually scoring through Sosaia Latu from a well-placed chip into the corner.

Tāmaki ki te Tonga kept the pressure on and Haami Loza scored himself an intercept try to take them out to an 8-nil lead. North got back into the game with a 40/20 giving them great field position, but the U16 South side put in a strong defensive effort to keep them from crossing the line. Sale Tatupu dotted over for South from close range to extend the lead 12-nil, but three missed conversions kept the North well and truly in the game.

Demetrius Kilisimasi lifted the hopes of North, breaking the South defensive line of the scrum to get points on the board in the corner. Ryder Williams slotted conversion from the sideline, bringing the score to 12-6 at the break.

South brought their first half momentum into the second half with Edward Pirika and Haami Loza extending the lead out to 20-6. In efforts of a comeback, North secured the short kick off, crossing the line soon after, but being called back for double movement. North’s Atelea Filo got the sought-after points for the side, but it ended up being too little too late as South secured the 20-12 win.