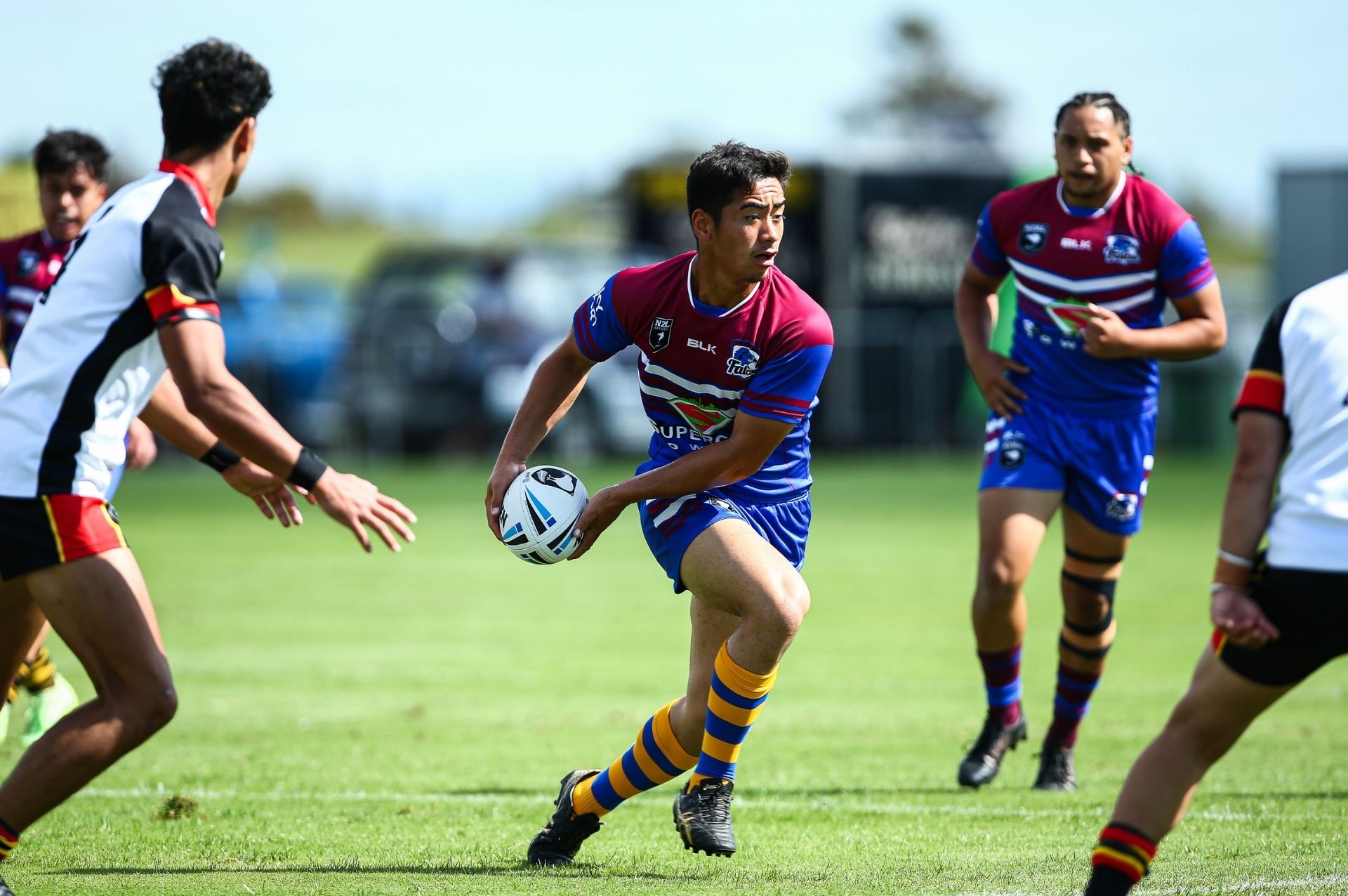 Akarana opened the scoring with an offload pass to Tuipala Fa’aee to put Akarana in the lead. Minutes later saw winger Esom Ioka busting through two Waikato defenders to add another four to Akarana’s scoring account.

Waikato forced their way back with a superb try from fullback Western Tehuri who found himself stretching over the scoreline to secure their first points before the whistle. Akarana leads Waikato 10-4 at halftime.

2mins into the second stanza, an error from Waikato found Joshua Tanielu catching a bouncing ball to open the scoring account for the Akarana. Moments later, Akarana attacks again, with Tyson Davies powering over the Waikato defenders to put Akarana further in front.

With Akarana dominating the game, Waikato managed to find a four-pointer from a risky pass from Tahuri to winger Noah Wood saw him sprinting up the left wing over the line to open their account in the second half.

Akarana hit right back with two back-to-back tries from Elam Payne and Kenneth-Seth Henry-Taua to put them further in front, but Waikato continued to attack to try and secure more points before the full-time whistle. Benefiting from Akaranas errors saw winger Noah Wood easily run over the line for his second try of the game.

With 2mins to go, Akarana were too strong, found Doux Fiatau-Kauhiva over the line to secure their win over Waikato 36-14