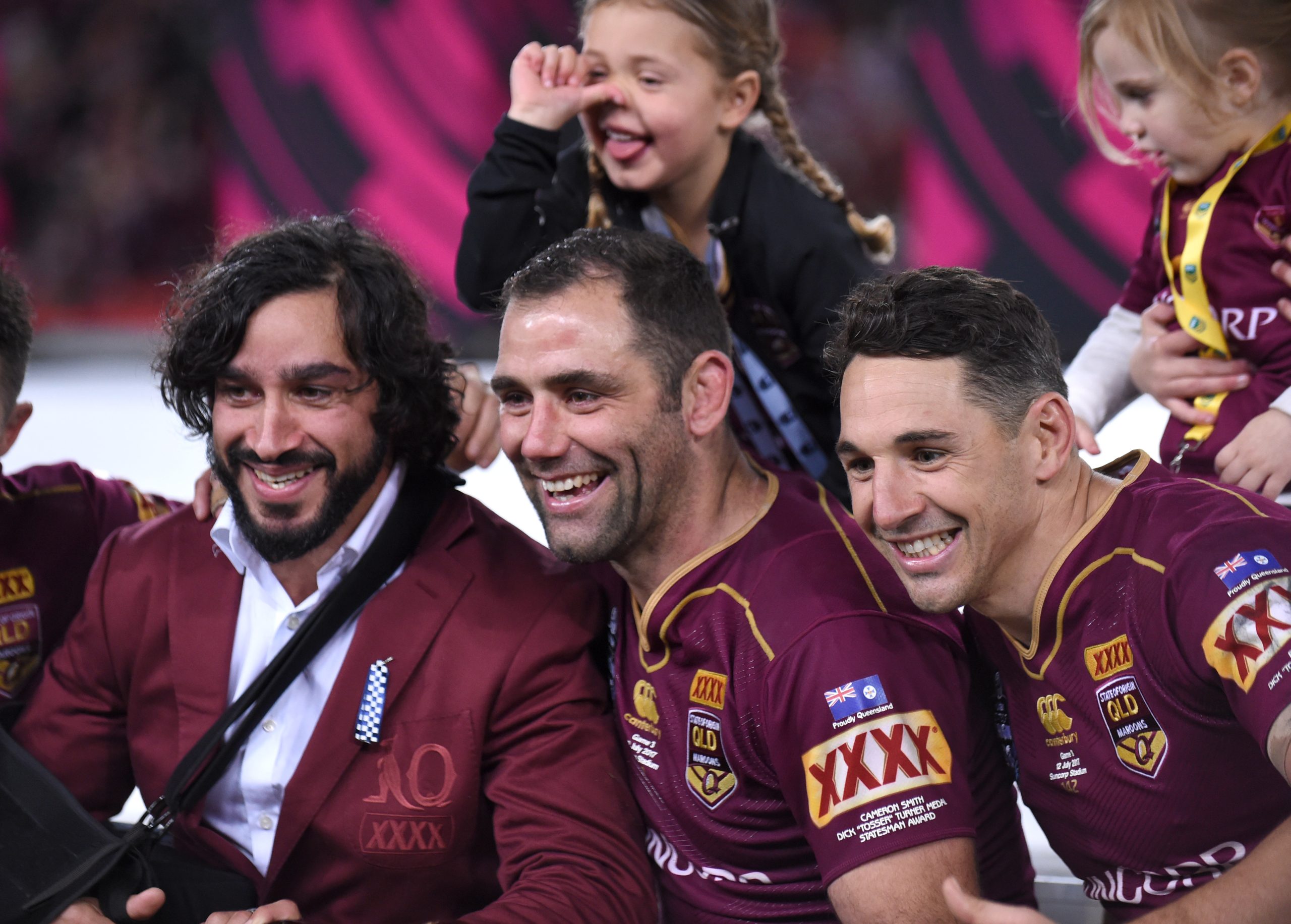 Queensland Rugby League is pleased to confirm a four-pronged coaching line-up to spearhead the Queensland Maroons’ State of Origin campaign in 2022.

Head coach Billy Slater has added the state’s two most experienced Origin players to his coaching team for the upcoming series, with confirmation today that Cameron Smith and Johnathan Thurston will join Josh Hannay as assistant coaches.

Smith and Thurston have together played 79 matches for their beloved Maroons, and now the record-breaking Origin duo will team up with Slater and 2006 Origin series winner Hannay to guide the Maroons.

While Thurston has been involved in previous Maroons campaigns following his retirement, the 2022 series will mark the first time Smith will join Camp Maroon in a coaching capacity since calling time on his representative rugby league career in 2017.

“If you look at what he brought as a player and a leader, I think that’s also what he can bring as a member of the coaching staff,” Slater said of Smith, the most capped Origin player in history with 42 appearances.

“Some people have this aura about them, and Cameron Smith is one of those people.

“He didn’t have to say a lot as captain of the Queensland State of Origin team, you felt it more than anything … you felt his presence.”

Slater is equally excited about teaming up with Thurston, an Origin record-holder with 220 points from 99 goals, five tries and two field goals in his 37 games.

“JT is your ultimate Origin competitor. We saw all the brilliant stuff that Johnathan brought to the game, but for me it was the work ethic that he demanded from himself, which in turn he demanded from his teammates,” Slater said.

“I think he can have that sort of impact as a coach also. Obviously, his skills and vision of the game, understanding the balance of when to pull the trigger and when to play the percentage play, that was where he excelled in the big games.

“His last moment in Origin was kicking that pressure goal. I just think he’s a valuable asset, not just with the coaching staff, but the players in particular.”

Slater also has an extremely high opinion of Hannay, who was the first assistant confirmed by the new Maroons coach when he accepted the role last year.

Queensland’s support team will also include former Maroons Nate Myles and Allan Langer, both of whom have played more than 30 Origin matches for their state.

Smith said he was “chuffed by the opportunity” to join the Maroons camp.

“It’s a jersey and a team that I’m extremely proud of and passionate about,” Smith said.

“But I’m also passionate about Queensland people and our state and making sure that they feel success, and that they can be proud of their football side when we represent them.

“If I can help in some way and give the current players the opportunity to be at their best on game night, and to help or assist Billy to be the best coach he can be, then that’s my role.

“It’s not about anything else, other than trying to help people be better through my knowledge, through my experiences, and if I can make a small difference, I’ll be happy.”

Thurston said it was a “huge honour” to return this year as an assistant coach.

“It was very humbling when Bill asked me to stay on board,” Thurston said.

“He was in camp a couple of times when I was doing some video sessions with the team and he was saying he was quite impressed with what I had to say.

“He’s given me some roles he wants me to concentrate on for this year’s series. Bill’s attention to detail is second to none, and that’s been the way he has played the game and that’s the way he’ll coach the side.

“It’s very humbling to be a part of the coaching staff but I’m also there to do a job and that is to make sure the team performs at the highest level.”