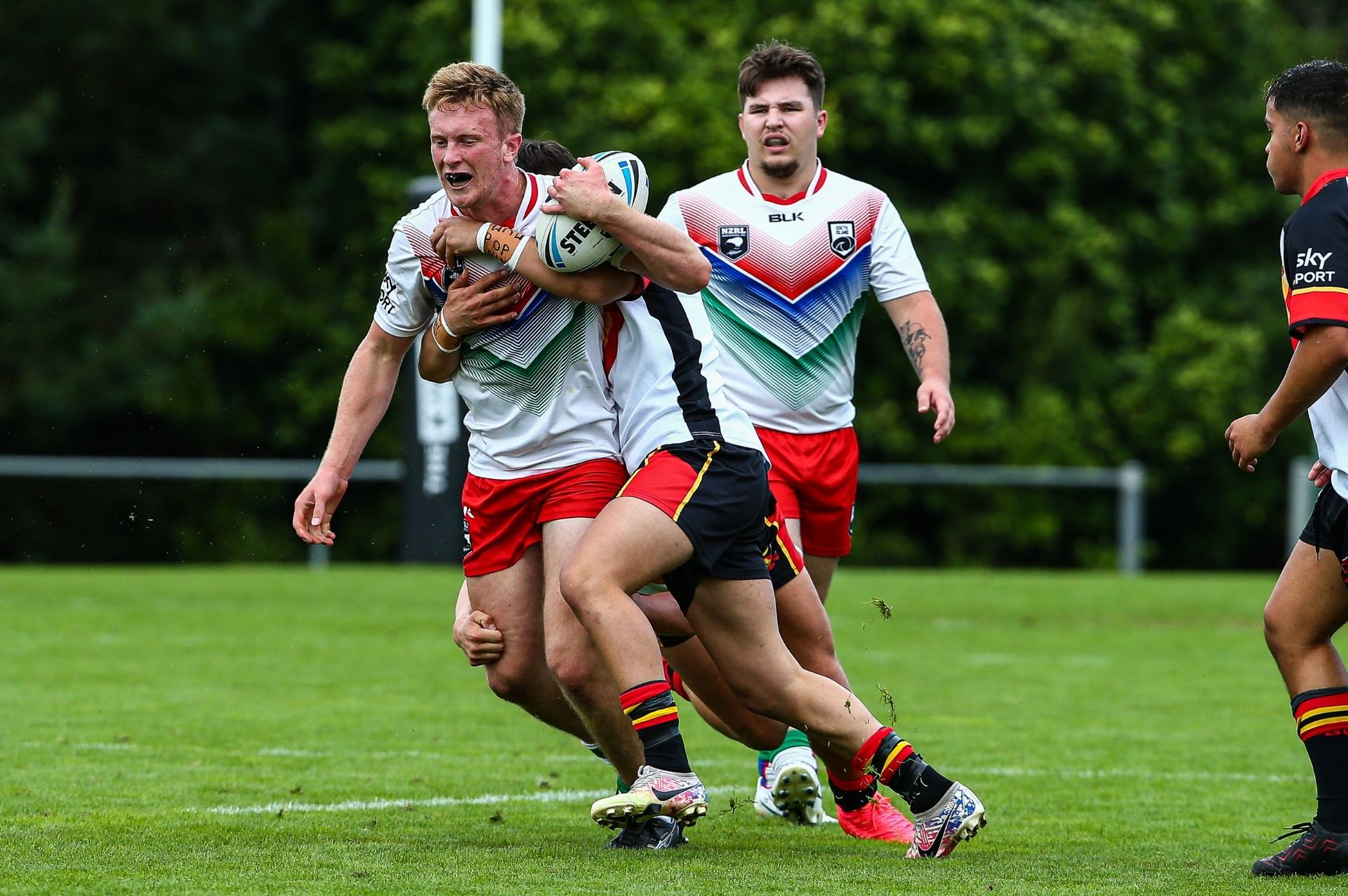 South Island too strong for Waikato in Ruben Wiki Cup

Auckland’s Trusts Stadium held host to South Island and Waikato, with Waikato seeking their first win of the competition.

The South Island side did not take long to open their account, half Oliver Lawry taking advantage of a Uriah Tuli break to go over in the second minute.

South Island’s Lawry turned provider in the 19th minute as he put second-rower Tupou Kaufofona through from close range to retake the lead.

Moments later Tuli again found himself in space and this time finished, scoring a scintillating solo try as the South Island side went into the break, up 16-6.

Five minutes into the second stanza a dummy half break from Kiardyn Hatch was turned into points as South Island shifted left finding Taani Fangupo who crashed over. Halbert-Pere making it 22-6.

After receiving multiple penalties breakdown in the play saw Waikato prop Portman Paul fight off several defenders to bring them to with two converted tries.

With five minutes remaining, Prop George Faiava snuffed out any semblance of a comeback crashing over under the posts with Jacob Lowe adding the extras.

Two minutes from time, Deijdre Siaki leapt over the pack to reign in a cross-field kick to score his first of the afternoon.

Not to be outdone, Oliver Lawry connected with Jacob Lowe as he scored seconds from the buzzer to complete the victory.