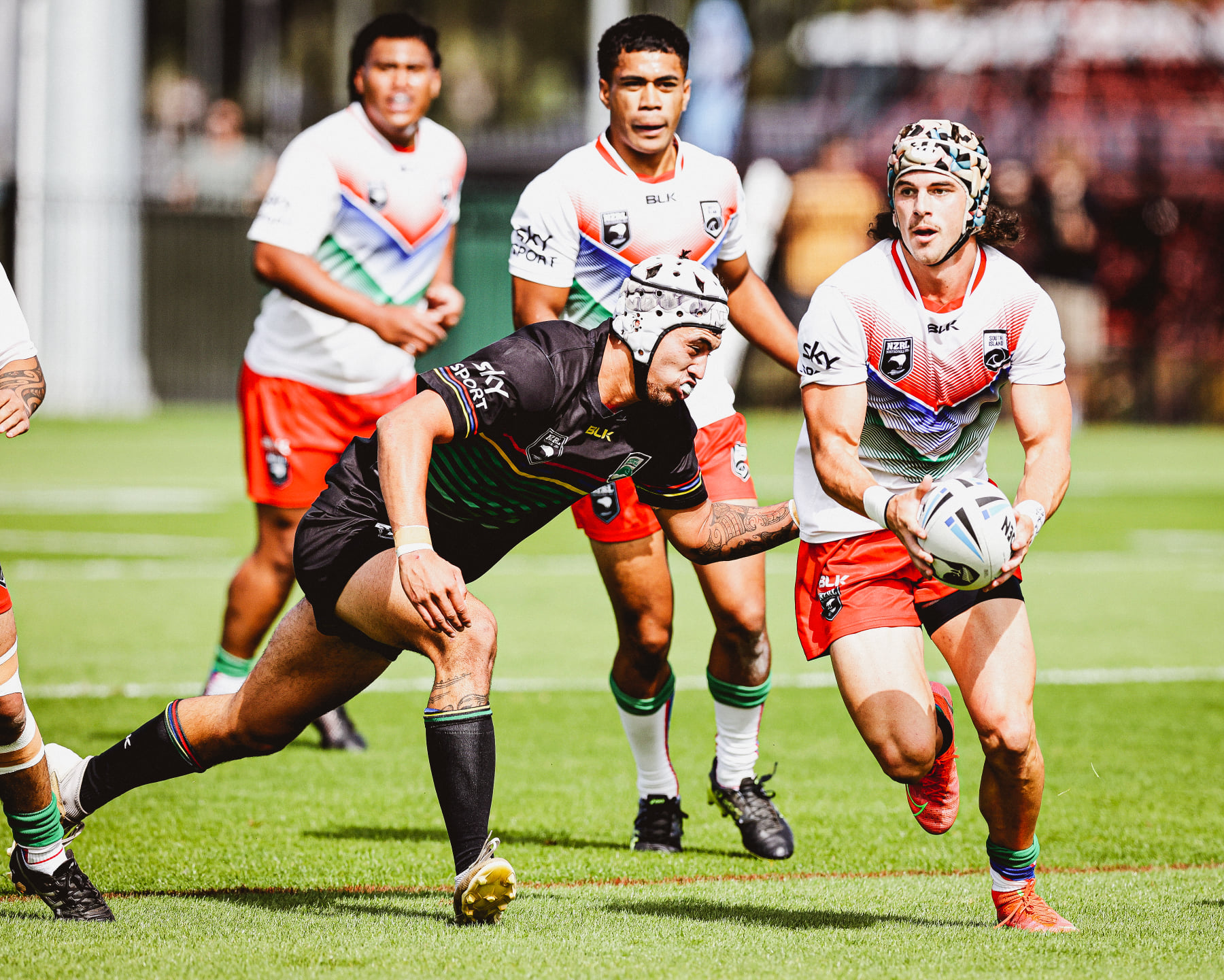 Upper Central Zone made the trip to Christchurch’s Nga Puna Wai to take on a South Island side, looking for their first victory in 2022

The game started with both teams trading penalties until the seventh minute when Jacob Lowe opened the game’s account and then converted his own try.

After scooping up an attacking grubber, fullback Mata Halbert-Pere made a scintillating break to put South Island in great attacking position. From this position, a right-side shift allowed Vaione Siaki to go over untouched.

Five minutes later, a break from winger Kiardyn Hatcher led to half Oliver Lawry picking up a kick and putting South Island up 16-6 with Halbert-Pere taking over the kicking duties.

Both teams went into the sheds with the score at 16-6, and four minutes into the second stanza, halfback Arlan Perez sliced his way through to push the lead further to 22-6.

South Island started to run rampant after a break through the middle ended up with Uriah Tuli getting on the score sheet, crossing over to make it 28-6.

Tupou Kaufofonga then put the home side up 32-6, and from the ensuing kick-off, Lawry scored his second, a long-range solo effort, with 15 minutes left in the half.

Jacob Lowe also grabbed his double, plucking a wayward Upper Central pass out of the air to further the lead to 44-6. The Stallions scored a consolation with five minutes remaining through Jaxyn Tuvalu as it ended 44-12.