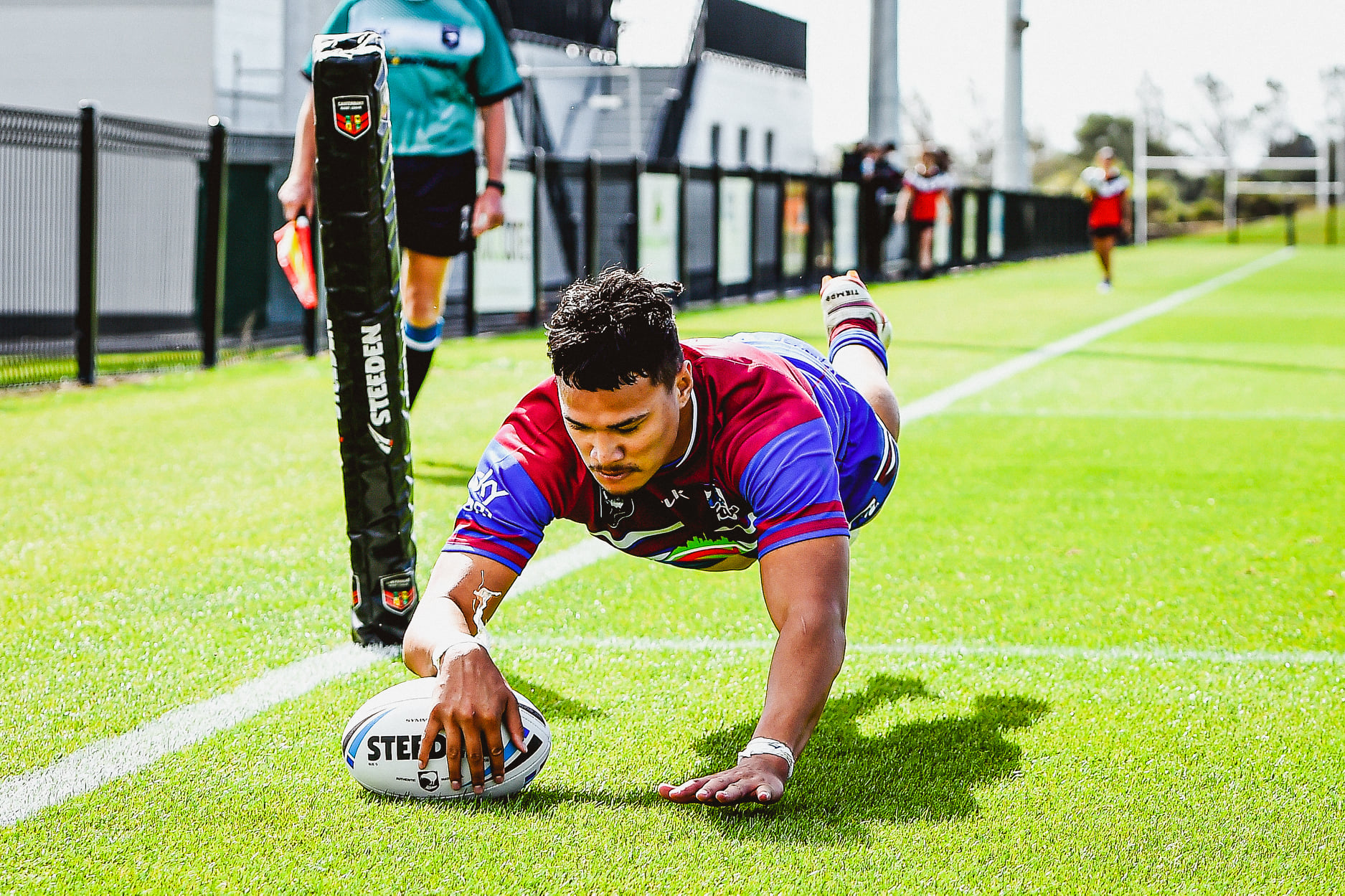 Christchurch’s Nga Puna Wai hosted both South Island and Akarana for their first hit-outs of the 2022 Ruben Wiki Cup.

Akarana asserted themselves immediately, quickly moving into the swing of the game and converting this early dominance into points as Northcote winger Tupala Faaee went over untouched in the corner.

Ten minutes in, Akarana found themselves over again through Faaee as the Falcons went to a short side shift, capitalising on an overlap to make the score 8-0 to the visitors.

Dominating the opening exchanges, Captain Doux-Fiatau-Kauhiva intercepted a loose pass to put winger Esom Ioka down the right-hand side extending the lead to 14-0 as Joshua Tanielu converted.

South Island found a way through as three quick penalties pushed them down onto the Akarana line. Tupou Kaufononga was able to turn that field position into points as he crashed over around the ruck to bring the game to 14-6 going into the half.

Eight minutes into the second stanza saw Sebastian Su’a fight his way over for a four-pointer. A superb break by Ioka put Akarana into dangerous territory and a short ball by Fiatau-Kauhiva put Su’a into a hole where he was able to score. Faaee converted to make it a 20-6 game.

With the contest going back and forth, Akarana took the game into their own hands and were able to extend their advantage in the 60th minute. A clinical set-piece saw Lani Graham-Taufa push the score to a comfortable 24-6.

With 15 minutes left in the match, South Island produced their best displays of the afternoon as Makaia Tafua, Ethan Faitaua and fullback Kiardyn Hatch put themselves on the scoresheet in quick succession to make the game a tight contest. Missed conversions were costly as they were unable to complete the comeback with Akarana sneaking through 24-20 to end round 1.