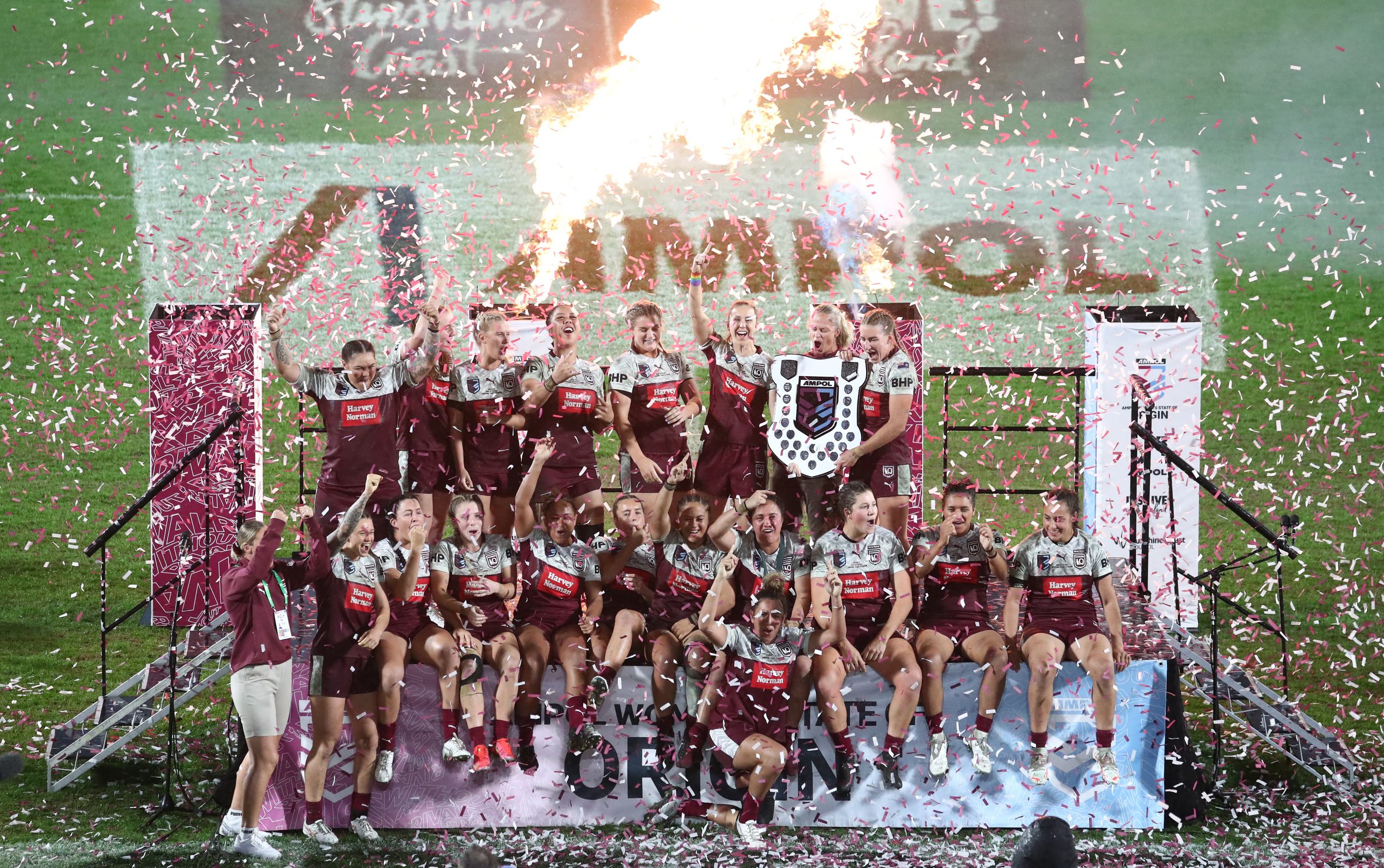 2022 Women’s State of Origin to be played in Canberra

The 2022 Ampol Women’s State of Origin will be played on neutral territory for the first time, heading to Canberra’s GIO Stadium.

The National Rugby League (NRL), alongside the Canberra Raiders and the ACT Government, today announced that GIO Stadium would host the fixture on Friday, June 24.

NRL CEO Andrew Abdo said the neutral venue highlighted the growth of the event, with regions outside of the home states seeking to host the match.

“Ampol Women’s State of Origin is rapidly becoming one of the most exciting events on our calendar and we are delighted to be taking the Game to a neutral venue for the very first time,’’ he said.

“When Women’s State of Origin was launched at North Sydney Oval in 2018 we all knew it would build to something special and Canberra becoming the first neutral venue to host the event is another step in the evolution and growth of the women’s game.

“Both states have won two Origin matches each, so it’s fitting the fifth game is played at a neutral venue.”

Mr Abdo said he was pleased that Canberra would host another major NRL event.

“Canberrans are passionate rugby league fans and we’re looking forward to giving fans the opportunity to witness the elite women’s game for the very first time. It’s a great city and we’re delighted to take new content to the region.”

Canberra Raiders CEO Don Furner said having Ampol Women’s State of Origin at GIO Stadium was a boost to the club and local supporters.

“The Raiders are very excited with the news that the 2022 Women’s State of Origin is coming to Canberra for the first time and we know the local community will support the match at GIO Stadium,” he said.

“The Raiders are working hard on our bid to secure an NRLW team for 2023 and high-profile women’s matches in Canberra will go a long way to showing our commitment and passion for the women’s game.”

ACT Minister for Sport and Recreation Yvette Berry says this is an important milestone for the territory.

“The ACT Government has been a long-time advocate of growing awareness and support for elite female teams and athletes and I’m so excited to see this great event come to Canberra. The ACT is a leading destination for women’s sport in Australia and I can’t wait to see the game.”