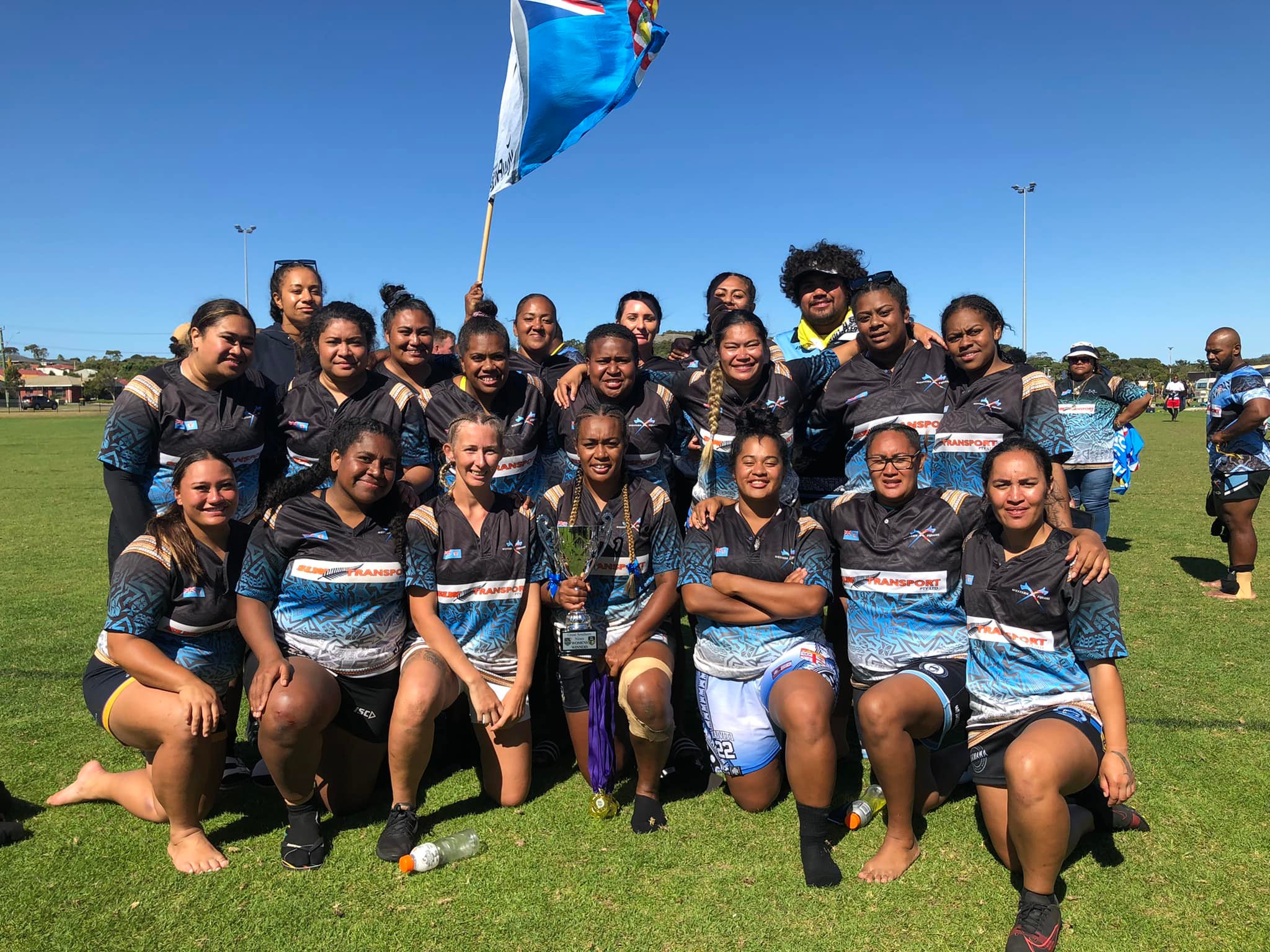 In the debut edition of the Women’s Tackle at the Great Southern Nines, the Western Fijians had a bit too much fuel in the tank for the Joondalup Giants, eventually winning the final in overtime, 16-12. In the contest of the day, both teams went back and forth and at different stages thought they might have done enough to win it.

In a NRL WA first, the Kwinana Titans debuted in the senior competition, with their ladies participating on day one, undermanned but full of confidence. Showing amazing guts and determination, they had to go all the way down to 6 players before they finally succumbed to injury and numbers. A brave group who we hope to see again.

Gur Wirimalpa also had a huge presence in Albany, with both Tag and Tackle teams participating. Showing really good team and community spirit, they fought in every game, especially against a great league tag Joondalup side as rivals. Only a superb individual try kept them from contesting the grand final, and they deservedly earned themselves plenty of admirers.

But in the final, it was blow for blow. With the Western Fijians trying to run away with it, they made all the early running. Cherysh Leaf in particular did most of the damage with several scything runs, and finally got the Fijians on the board with a brilliant offload to Litea Roy. This kicked the Giants into gear, as they ran the ball on the last in the ensuing set, and released Cortney Waters with a great try on the left hand wing, which went through no less than 5 sets of hands.

Again, the Western Fijians went into over drive, and off the back of some superb play from star half, Melissa-Jane Buchanan, captain Sera Ravatudei powered over to give them back the lead. Again this only made the Giants more hungry, and after some good work from their forwards and hooker Tammy Byrnes, Emysen Robinson found herself with a two on two, threw the dummy and hit the gas to run 30 metres and score. Locked up at 8-8 it was on for all money.

With both groups of supporters going crazy, the Western Fijians found themselves attacking the line, and powerhouse Cherysh Leaf delivered. Getting one on one, five metres out, she was too strong and put the Fijians up, and seemingly had won them the game. 12-8 with no time left you’d be forgiven for thinking that was it. Enter Elle Warren. Basically off the tap restart, she received the ball, got one on one with a tired defender, and hit the nitrous oxide. Soon after and at 12 points a piece we were being sent into extra time golden point (you could not buy a conversion, every try was scored out wide). But the Fijians didn’t make any mistakes. A searching run from Buchanan setup an attacking raid and their other two stars in Ravatudei and Leaf combined to send the Fijian crowd into ecstasy. A brave performance from the Giants and an amazing game.