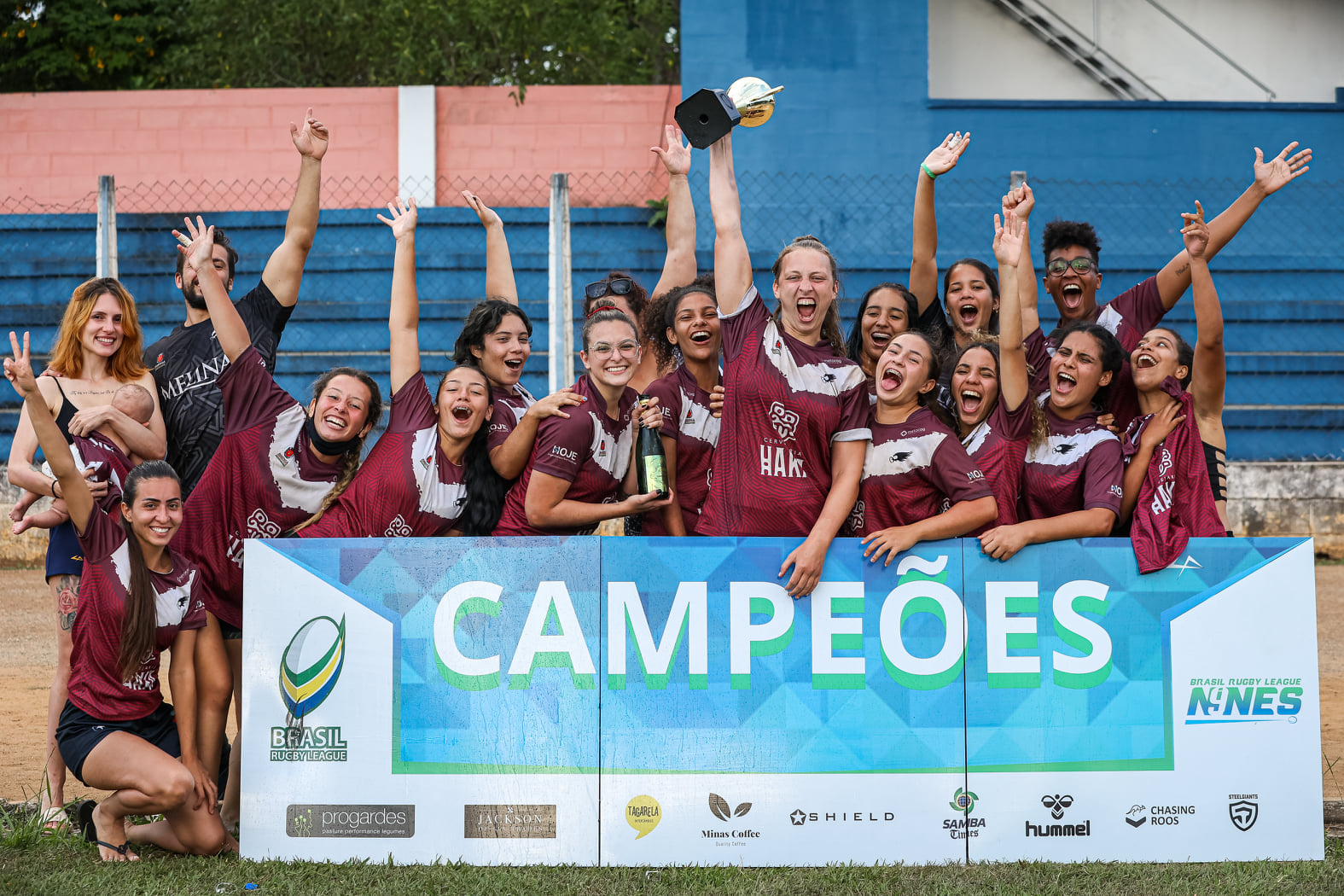 Four tries to Ariely Faria has helped the Maringá Hawks claim the Brasil Women’s Nines title held in Taubate over the weekend.

The first Nines tournament held in the South American nation for 2022 featured sevens Men’s teams and three Women’s teams, with the Maringá Hawks victorious over the São Paulo Raiders 22 – 12 in the Final.

The win is the first time the Hawks have won any of the trophies on offer in Rugby League, despite the team being a regular top performer.

In the Men’s tournament, the Urutau Screaming Owls returned to the winners circle after a trophy-less year in 2021, defeating new club, Wolves Rugby League, who are based out of Santa Barbara d’Oeste.

The Maringá Hawks claimed third place in the tournament, defeating defending Nines Champions, São Paulo A, 24 – 22 in a thrilling final, whilst Umuarama defeated hosts, Taubaté, 10 – 6 in the fifth place final.